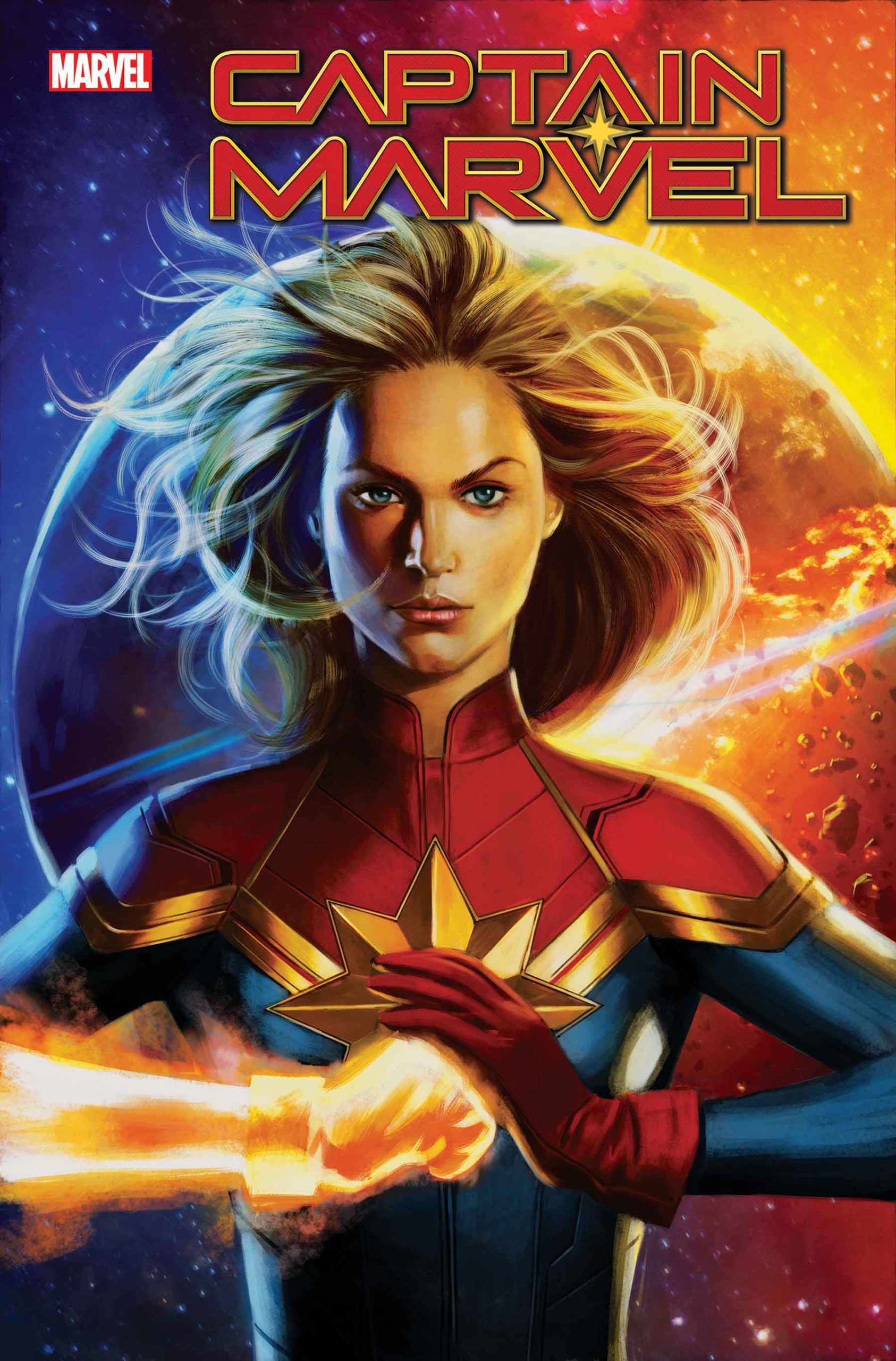 Yo, this issue of Captain Marvel was bonkers. Carol is jettisoned into the future. New York has become a frozen wasteland filled with demonic flying creatures (kinda like a wintery episode of Gargoyles) and Carol encounters the children of so many beloved heroes and one key familiar face. There were so many fun, smirk inducing moments that I wont be able to hold back in this review, so thou hath been warned.

This issue focuses on Carol’s unrelenting task of making sense of the situation she’s been thrown into. Mind and body seemingly ripped to shreds and put back together in a God forsaken time. Off the rip, she let’s Fantomex 5 eat a face full of photonic energy blast before someone recognizes her and brings her in to get her bearings straight. War Machine and Captain Marvel were on a hybrid date mission with Spider-Woman and Hazmat when they were attacked by these tarry black tendrils and she woke up in 2052.

Fortunately for us, we get to meet a bunch of heroes from the future…or a future may be more appropriate. If you read Kelly Thompsons’ extremely well written Captain Marvel: The End, you’ll remember a few of these characters, but we learn so much more in this book. We meet Kwannon and Forge’s daughter, as well as baby Barton with the good shot, Katie. I appreciated seeing Fantomex 5 because his (or maybe his clone’s? or other body’s?) Giant Size issue was bonkers and I need more of that in my life. But it was seeing the love of her life’s child and knowing that little Rhodey was not her daughter that really threw Carol through a loop.

Marvel has done plenty of potential future-based one shots or mini series’, but I didn’t expect for one of our heroes to return to that timeline with no way out and bombs being dropped left and right. That Emma Frost form reveal?! Nuts. The Lost building? Wild somber. The potential Evo alias? So troublesome. That casual Luke Cage cameo? Ruthless.

Captain Marvel #22 was a great first issue to kick off The New World arc. Kelly Thompson is really taking Carol to amazing heights with her writing and I dig Lee Garbett’s artistic style. Can’t wait to see where this future takes Carol and her new crew.