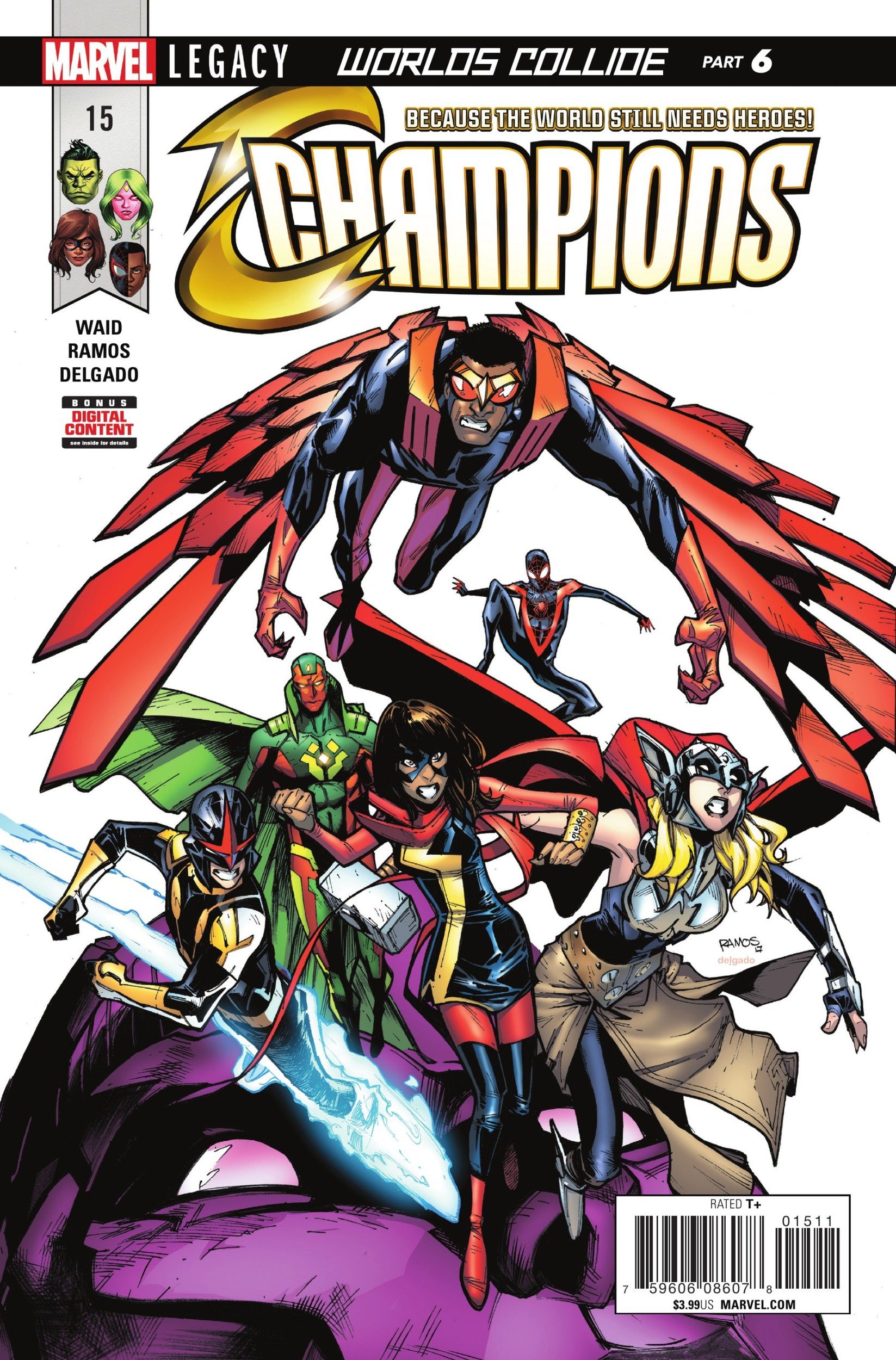 The crossover with The Avengers continues in Champions. There isn’t much action this issue but in turn, we get a story that focuses more on Viv and Vision. Viv sacrificed herself last issue but she and the High Evolutionary are still alive. Meanwhile, Vision is grieving his loss as well as trying to bring Viv’s synthetic body back online.

Nadia Pym asks a haunting question regarding who Viv’s brain patterns are modeled after but that’s a discussion for another day. We then see tension boil over as Nova has lost it and threatens to quit. Things only get tenser as the adults/Avengers try to intervene. It’s hard to feel as if this animosity between the two teams is that genuine. Especially this issue—it can’t help but feel like filler honestly. 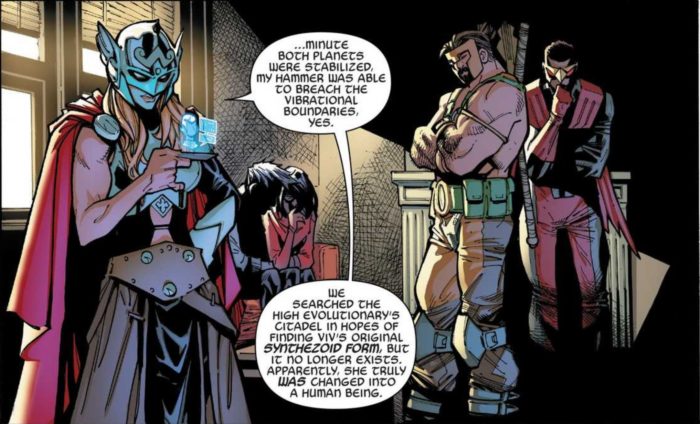 Regardless, the end result is pretty ‘oh shit‘ on the last page. Ramos never fails and never disappoints on the artwork. Ever. The ending is very interesting and I’m glad Waid found a way to pull a wildcard to make this crossover mean something at the end result. Champions is a strong ass title. Waid and Humberto are at their best when they’re allowed to play their own game. I’m looking forward to how these recent developments get played out back on this creative team’s home turf.