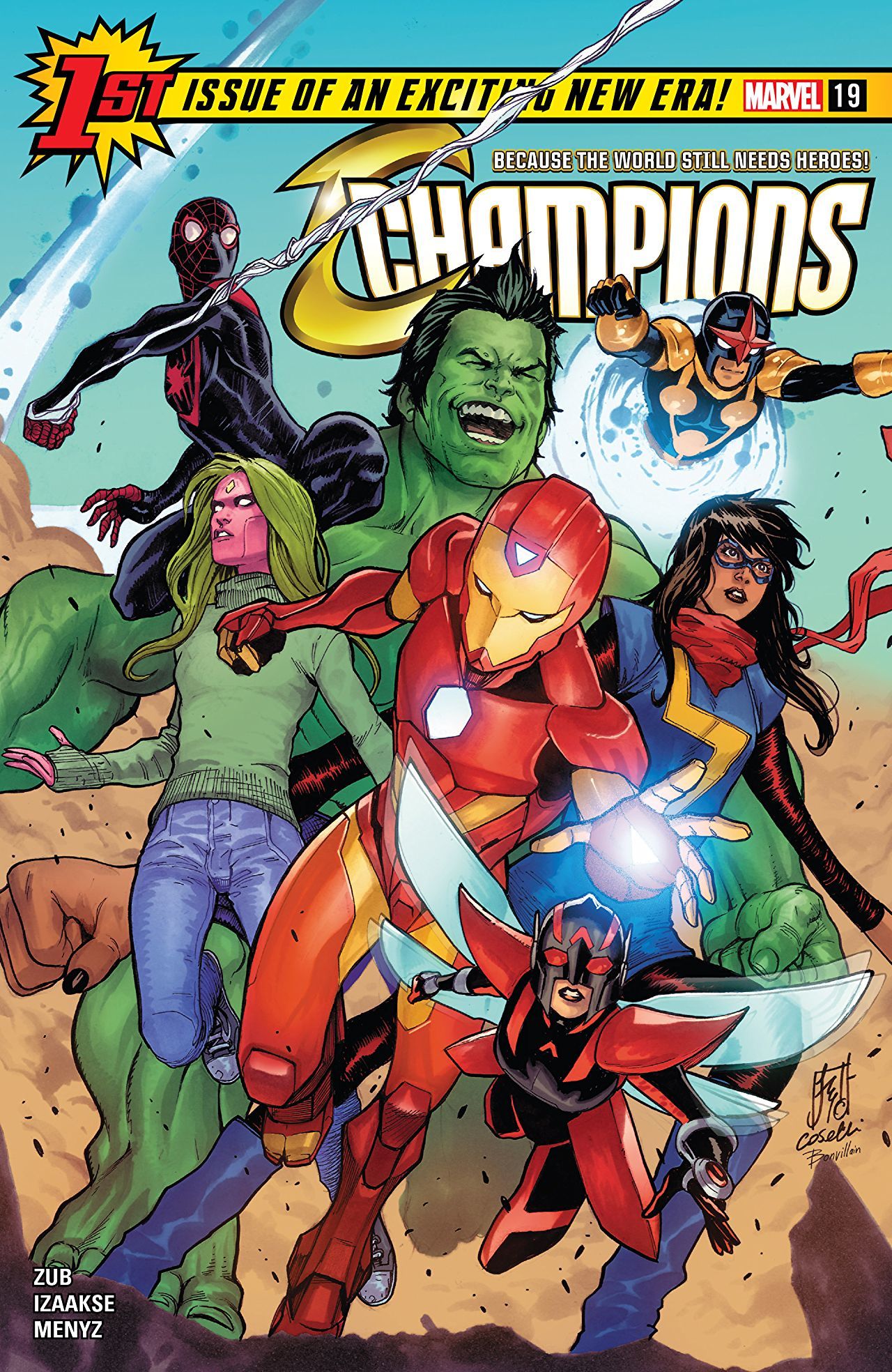 Ahh, a fresh new start, a brand new whip, and all new creative team for the Champions. Taking the reigns this time is Jim Zub and the start of his run holds a lot of promise. I will say that I’m going to miss Waid and Ramos. However, this is the clean slate that Champions desperately needed after that weird Avengers crossover. It’s also a chance for the team of young heroes to get back to what they do best – being better heroes and making a difference.

One of the first things you’ll notice is that the team is not as bloated as it was before. I’ll admit, I was excited at the prospect of the seeing new and original heroes like Red Locust and Patriot join the team. On the other hand, the team was becoming a bit crowded. Cutting down the roster to just a hand full of heroes is probably for the best. We get more time to focus on the characters and developing them.

Including the OGs (Miles, Amadeus, Nova, Viv, and Ms. Marvel), we get the welcome addition of Wasp and Ms. Riri Williams herself aka Iron Heart. Riri joining the team is something I’ve been anticipating for a long time. She’s such an awesome character and with her solo series ending, I’m glad we get to see more of her. You’ll notice immediately that Riri stands out in this issue. Zub plays with her being new to the superhero game and joining a team for the first time. You easily get the feeling that the experience is very overwhelming for her. Luckily, Riri is on a pretty supportive team. 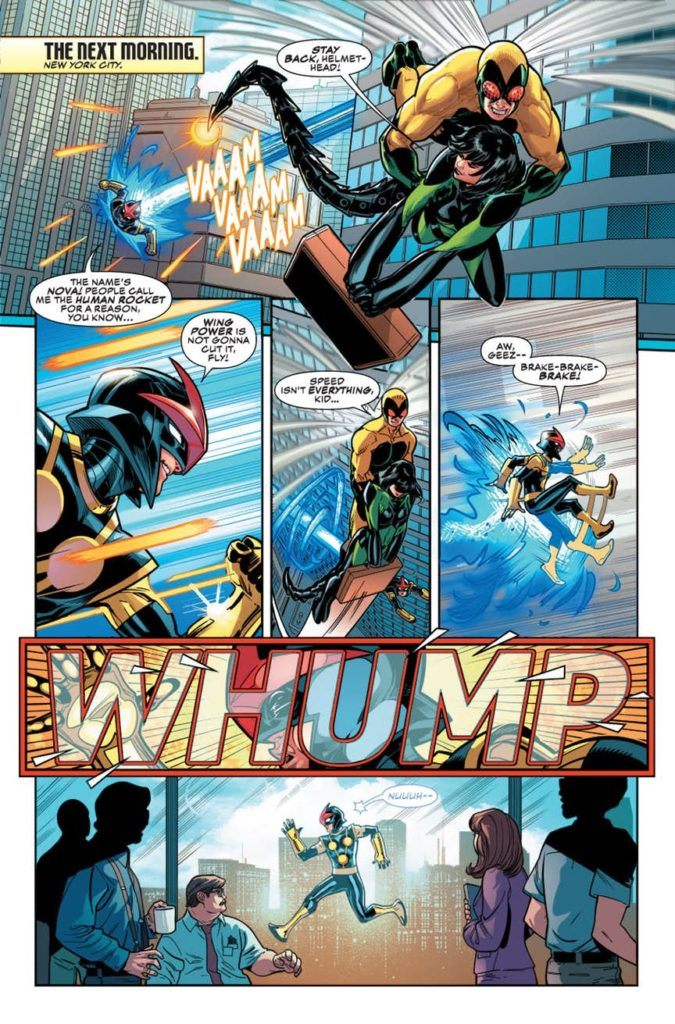 Like all of the Champions’ adventures, the team looks into something pretty simple – a missing beacon meant to monitor climate change in the Antarctic. I will say that I like these type of humanitarian missions that the team goes on. It definitely sets them apart from the other superhero teams as they actually try to make the world a better place rather than just protect people from bad guys. I mean, it all inevitably evolves into chaos but it’s the thought that counts.

The action in this issue looks great, too. I’m going to miss Ramos’ cartoonish style but Sean Izaakse provides some pretty stellar art, especially when it comes to Viv. He gets an A+ for her new costume design and the way he draws her phasing abilities looks really good. While he does draw our heroes in a way that is less cartoonish than Ramos, his art still maintains the kind of levity that the book is known for, which is great.

This issue is the start of a promising new adventure. We have a new team behind the wheel but the same feel. The smaller, more focused roster works in their favor and I certainly hope Marvel realizes what a great book they have on their hands. Now, can I get a Champions cartoon series? Please?