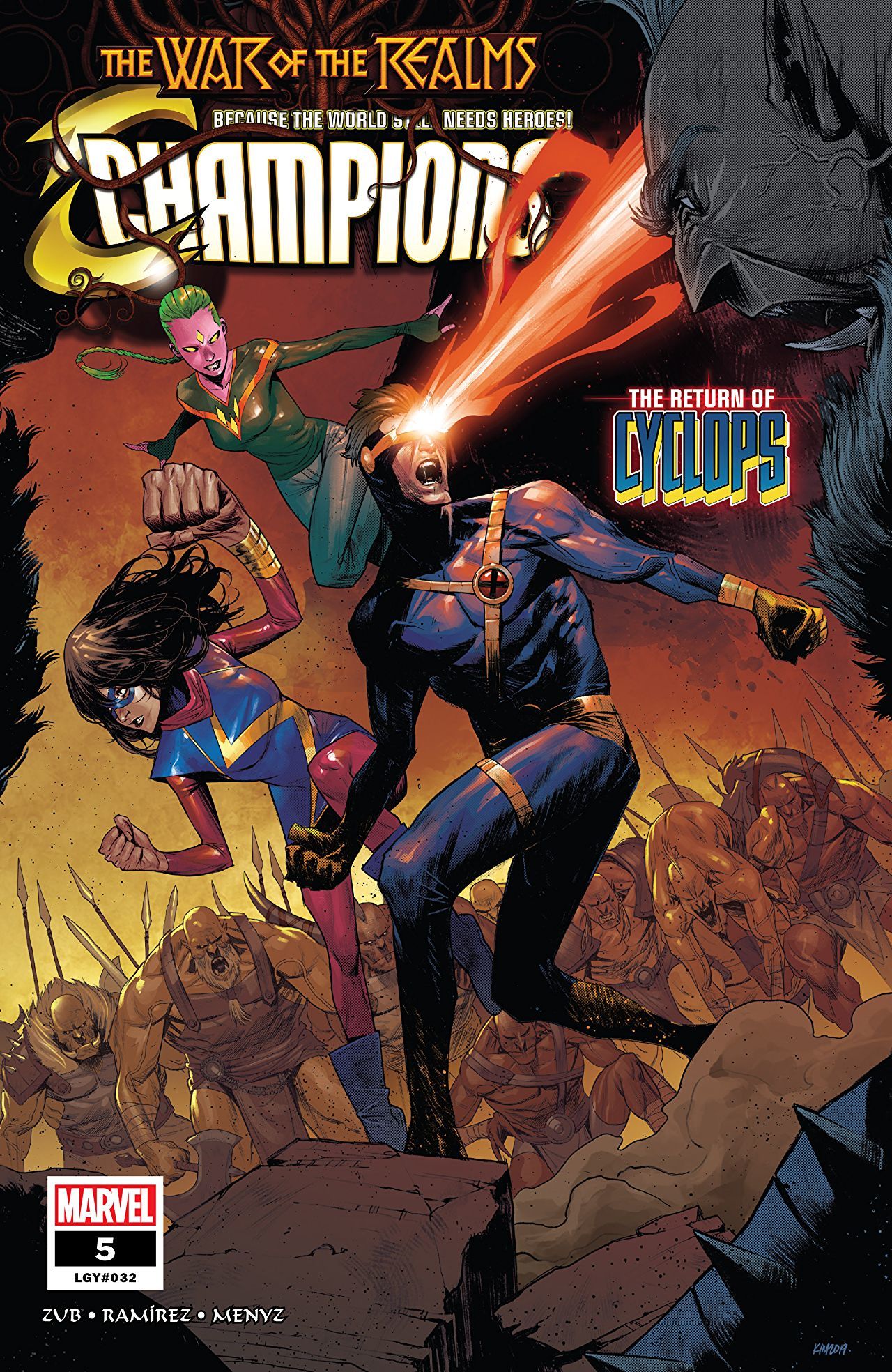 Seeing ‘War of the Realms’ splashed on the front cover of Champions #5 had me a bit worried. Zub and company manage to keep the story going with some deeply emotional moments, while still technically being a tie-in to all of the Ten Realms madness going on in the Marvel Universe. In fact, this is probably one of the best issues from this new run.

After many rifts between key members of the team, the Champions are a bit in disarray. Honestly, the team is probably at the lowest point we’ve ever seen them. As always with comic books, many of these events happen outside of the main series. The story does a good job of catching readers up, but the main focus seems to be on Miles and Kamala figuring things out on their own.

Miles is still dealing with the guilt of basically trading an innocent girl’s life for those of his friends. We don’t see much of him this issue. In the few pages that we do, he’s on a journey to redeem himself by starting with helping the mother of the girl who died. It’s a sad and touching moment. It’s also a very Spider-Man thing to do. 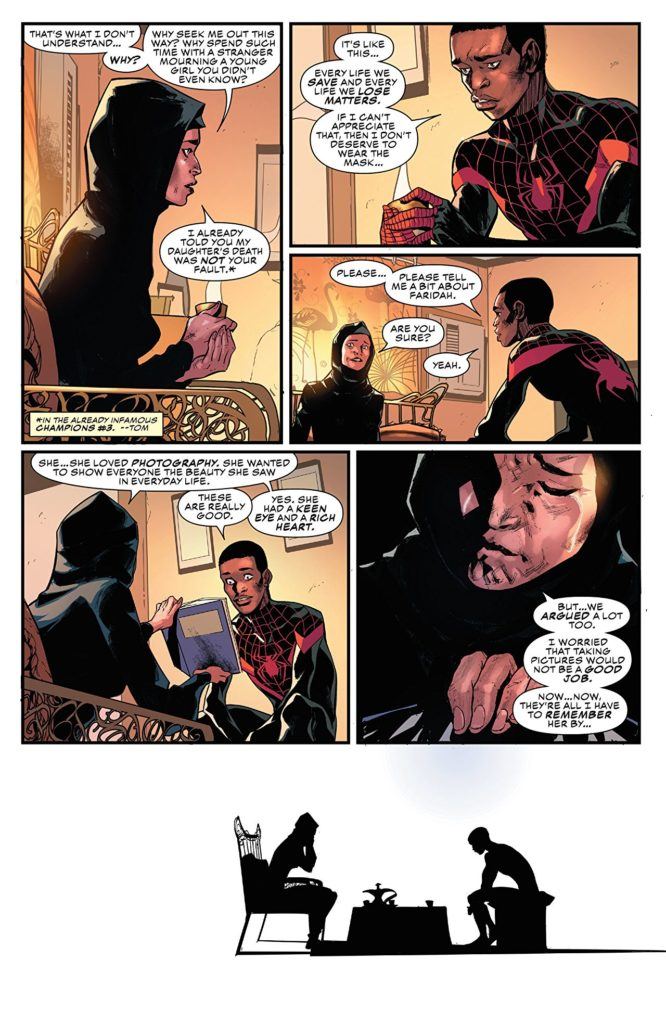 Kamela’s side of things gets a much larger spotlight. A growing issue for the leader of the team is imposter syndrome. Kamela has always had her doubts about whether she is up to the task of leading the Champions and doing her best. Zub does a great job of showing how much the weight of responsibility is getting to her. With the team fractured and so many things out of her control, you can see her starting to lose faith in herself.

Where things get really good is in the return of Cyclops. His team-up with the Champions brings some much-needed hope to the team. There are some great moments, especially for those who have been reading since the beginning. Zub uses Cyclops’ presence to ground the idea that despite everything, the Champions do important work. It’s incredibly heartfelt, and what makes the Champions such a great team.

9 Worlds of Battlecraft out of 10