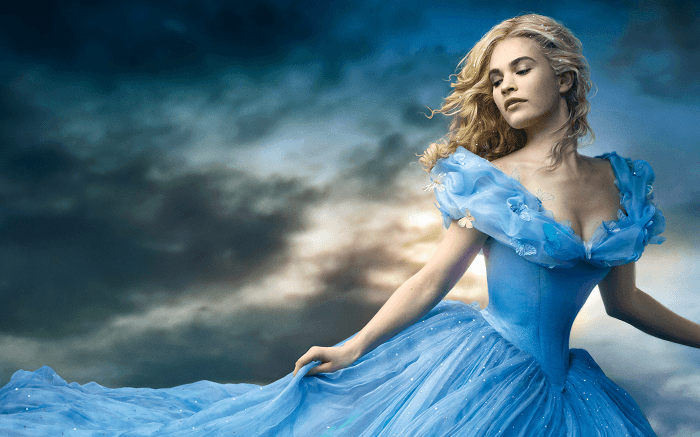 Every once in a while the BNP staff encounters a black nerd problem so ludicrous it requires more than one of us to handle it together. So with our powers combined, this is Jordan Calhoun and Lauren Bullock with our take on the upcoming Cinderella (2015).

Back in August, Cinderella on Broadway announced its first African-American lead to wear the glass slippers, Keke Palmer. Your standard reaction to the diverse casting was probably something like, “Oh, that’s nice,” or “It’s a little weird we’re still having ‘firsts’ like this in 2014,” but somewhere in another building, Cinderella’s movie casting director leapt from her chair, fingered through her filing cabinet, and studied their lineup like, “ah shit.” Disney released their official trailer for 2015’s reboot of the Cinderella and it has the diversity of a Klansmen meeting.

Introducing the classic fairy tale to a new generation of children, Disney tossed the memory of 1997 for a cast more homogeneous than identical twins. Hollywood made a Dorian Grey-style wager for Sony Pictures’ Annie to be greenlit, and one day someone will find the Blu-Ray of Cinderella in an attic getting older and whiter. In fact, the only non-white person in the trailer is the same forgettable black throwaway character from season 2 of Game of Thrones. The casting director, let’s call her Lucy Bevan, frantically fanned through piles of headshots for her token before Robb Stark walked in her office like “I know just the guy.” She thanked him graciously, and they hugged.

Surprisingly, after the addition of Xaro Xhoan Daxos, Cinderella actually includes some riveting characters of color according to IMDB. The official cast reveals complex characters of color such as “Captain”. We can assume he is the captain of an army platoon, or maybe a boat. I can’t wait to see the dynamic struggles of “Palace Guard”. The characters “Ball Guest” and “Ball Dancers” are rumored to offer commentary on queer identities of ballroom dance in 17th century France. And who is likely to forget the nuanced portrayal of the character “Townsfolk”? A female character of color, Princess Mei Mei, even has a name and is speculated to speak in a complete sentence with a verb.

This isn’t an indictment on the soundness of the film — it might be very good — but I’m less than excited because I don’t care about films that show a world without my family in it. I dedicate my time to family movies that dedicated theirs to consider the messages they send to children, and include inclusiveness and beauty, because yes, they’re that important. If you want to see a classic Cinderella with little sign of modernity or progressiveness, this one’s for you. But if you want your children to see the world through a prism of identities, shapes, sizes, and abilities to be represented and celebrated, this may not be the movie for yours:

“Here’s the Movie We Deserve, Jordan”

Remember when Frozen was still a rumor and delighted fan artists of the Tumblrverse were drawing POC versions of the movie they hoped for— and then we got Tangled with snow? That’s what this trailer feels like. What’s worse about this Snow White line up is that it’s not as if Disney doesn’t know having a diverse cast and a black lead would actually be successful. We’re not even talking The Princess and the Frog territory, where we hide the blackness of our main characters for 90% of the movie because oops, they’re animals, how did that happen?~~~

Back in the beautiful 90’s, when television producers briefly experienced the revelation that hey, black people would like to see themselves in media as something other than slaves, a minstrel show, or the Token, Walt Disney Television gifted us with a world where Brandy was Cinderella, Whitney Houston was the Fairy Godmother, and Whoopi Goldberg was Queen Constantina (a queen that actually co-parented and made executive decisions). And it didn’t stop there: the cast also contained a white stepmother with a black, plus-sized daughter as well as a Filipino prince. The result? A viewership of over 60 million people and an Emmy. It’s almost as if when you feature under-represented people in film you reach entire populations that would watch said film.

Further, despite the original Rodgers and Hammerstein’s Cinderella musical more than likely intended for a white cast, the lyrics and dialogue of the movie created characters that actually had an impact. None of this “have courage and be kind” cute-but-ultimately-too-general-to-be-of-any-practical-use nonsense. Do you know how important it is to watch two people of color fall in love and call each other “beautiful?” To see the stepsisters question why men can’t fall in love with a “solid girl” instead of just one who’s “merely lovely?” To watch a mother talk to her daughters about the dangers of loving the illusion of love (and it’s not just the stepsisters; Cinderella is present for the entire duration of the song). To listen to an older black woman mentor a young black woman by telling her that her impossible dreams were possible?

All that to say, this reboot looks like it’s going to be more than just disappointing— it’s downright insulting. There’s a difference between not being able to do better and just being lazy, and this? A steaming pile of bippity boppity nope. If you’re looking for that classic fairy tale charm with a modern twist and well-rounded, diverse characters, there is nothing better out there than the 1997 movie for new and veteran audiences alike. In the meantime we eagerly await Disney recreating the magic of this iconic film once again for future generations (Annie (2014), anyone?). After all, impossible things are happening every day…