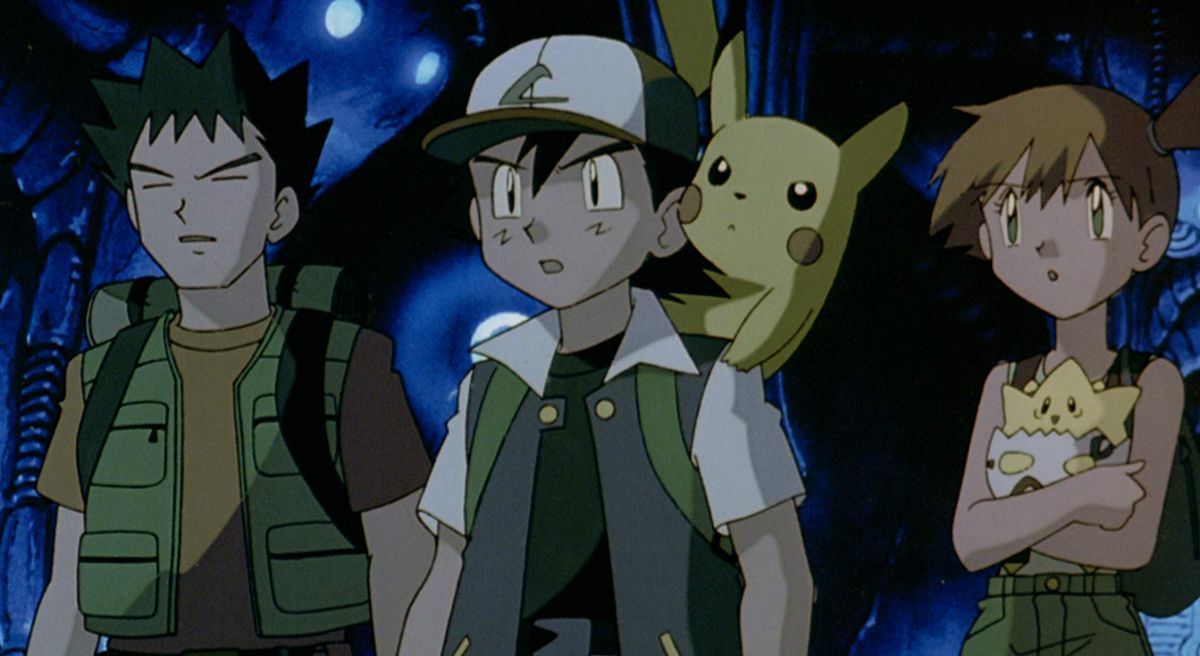 “Life. The great miracle, and the great mystery.”

Those lines have lived rent-free in my head since 1998. I don’t remember much about that year, if I’m honest. I remember Clinton, have a vague memory of Crash Bandicoot, and have a vivid memory of my mother.

She and I went to NC State University’s child psychology department. There, I was tasked with completing a puzzle. Mom wasn’t allowed to touch it and was instructed to help me only by talking me through it. We did another task that escapes me now, and then my mother was paid $75. We went and got ice cream at Baskin Robbins, then we went to the movie theater next door and watched this movie. She said:

Mom, if you’re reading this, I still remember that day, and there are so many reasons why. Not the last on that list is the quality and feelings that this movie brought out.

It is not uncommon for people who were of a certain age during a certain time have shared certain experiences. A quick trip to the Twitter (or heavens forbid, Tumblr), reveals that millions of us the world over remember this:

2020 was a year defined by collective pain and survived by collective joy. In the pandemic, one of my distinct joys has been watching Pokemon with my own kiddo. No movie theaters, but every bit of wonder that 22 years and countless episodes and games and movies and memories can muster.

Gathered peeps, I give you Pokemon: The First Movie

First thing to note is that the first movie of the First Movie isn’t actually the First Movie. It is, in fact, a short called Pikachu’s Vacation, an infectiously upbeat and borderline sickeningly adorable romp that sees Pikachu and some select members of Ash’s crew on vacation in a camp just for Pokemon. This short is unique in that it features no human voice except the narrator. Throughout, Pikachu acts as fearless leader to his crew and winds up in a heated rivalry with a(nother) Raichu, and newcomers Snubull and Marill, or Pikablu as we knew it at the time.

The whole story is backlit by a narrative of Togepi being baby and our intrepid ‘Mons taking care of baby.

Our narrative begins in Guyana, a country that my sister did not know existed as of 2007, when she called my dorm room at 4 in the morning to ask me where it was. (South America) In Guyana, scientists find a fossil of Mew, thought to be the ancestor of all Pokemon.

The scientists attempt to clone a Mew from the fossil, as was the news story of the time (this was a year or so after Dolly the sheep). Instead, they make Mewtwo, something of an offspring and answer to the question “what if everything we fear about cloning actually turns out to be the truth?”

Mewtwo blows the joint and makes his way to New Island, where he fabricates a tournament and invites trainers from hither and yon, including forever boy Ash Ketchum.

Mewtwo really wants to take monsters and clone them, to make their own army. The original trainers and their partners fight valiantly but cannot overcome the clones.

As all this is happening, Team Rocket is doing Team Rocket things and a little pink guy is messing around before finally confronting our would-be villain.

The two Mews cast attacks at one another and appear to be evenly matched. Ash steps in and is chastised for interrupting the battle before the unthinkable happens:

After visible sobbing from the Pokemon on screen and audible sobbing from the children in the theater, the collective tears revive our fallen hero. After seeing this, Mewtwo decides to take their clones and go in peace, having seen a different side of humanity from what they were used to. They quip:

Ash and crew then head off for the next great adventure, revitalized and decidedly not stone.

Memories Are Nice, and Maybe That’s All They Need to Be

I admit, it is HARD to take off the nostalgia goggles and view this piece objectively. To help with that process, I’m going to give two different scores: fifth grade DJ and eighth grade teacher DJ.

Fifth grade DJ remembers the collective gasp in the theater when the word “POKEMON” flashed across the screen. He remembers the delight on his mom’s face, seeing him enjoy the movie so very much. Every emotion, every electric tale in the room. Fifth grade DJ cannot give this film less than a 10/10. (Pikachu’s Vacation still gets a 7.3).

Teacher DJ, honestly? Still thinks this movie is good. It’s much more watchable than any movie in this series would be for a long, long, long time. The voice acting is top notch, with the voices of Veronica Taylor, Eric Stuart, and the late Maddie Blaustein continuing to do the heavy lifting that they did in the anime. Dan Green (most famous for playing Yugi Mutou) is impeccable as the haughty but not necessarily evil Mewtwo. The supporting cast is solid, though nothing special.

The movie has good moments of humor (including some fourth wall breaking commentary about the Minnesota Vikings), strong drama, and some fun action throughout. It’s simple, and that’s not really bad, but doesn’t add much for an adult viewer, either. Without the retrospect on it hard, I think this movie is a solid 7.9/10. I wouldn’t mind watching it again, especially with my little one.

But the whole reason I wrote this was for the memory of it. If and when you watch or revisit that moment, taste the popcorn. Listen to your mother’s laugh. Gasp. Cry. Rejoice. Find your high school senior quote (I did). Enjoy the moment. You won’t regret it.