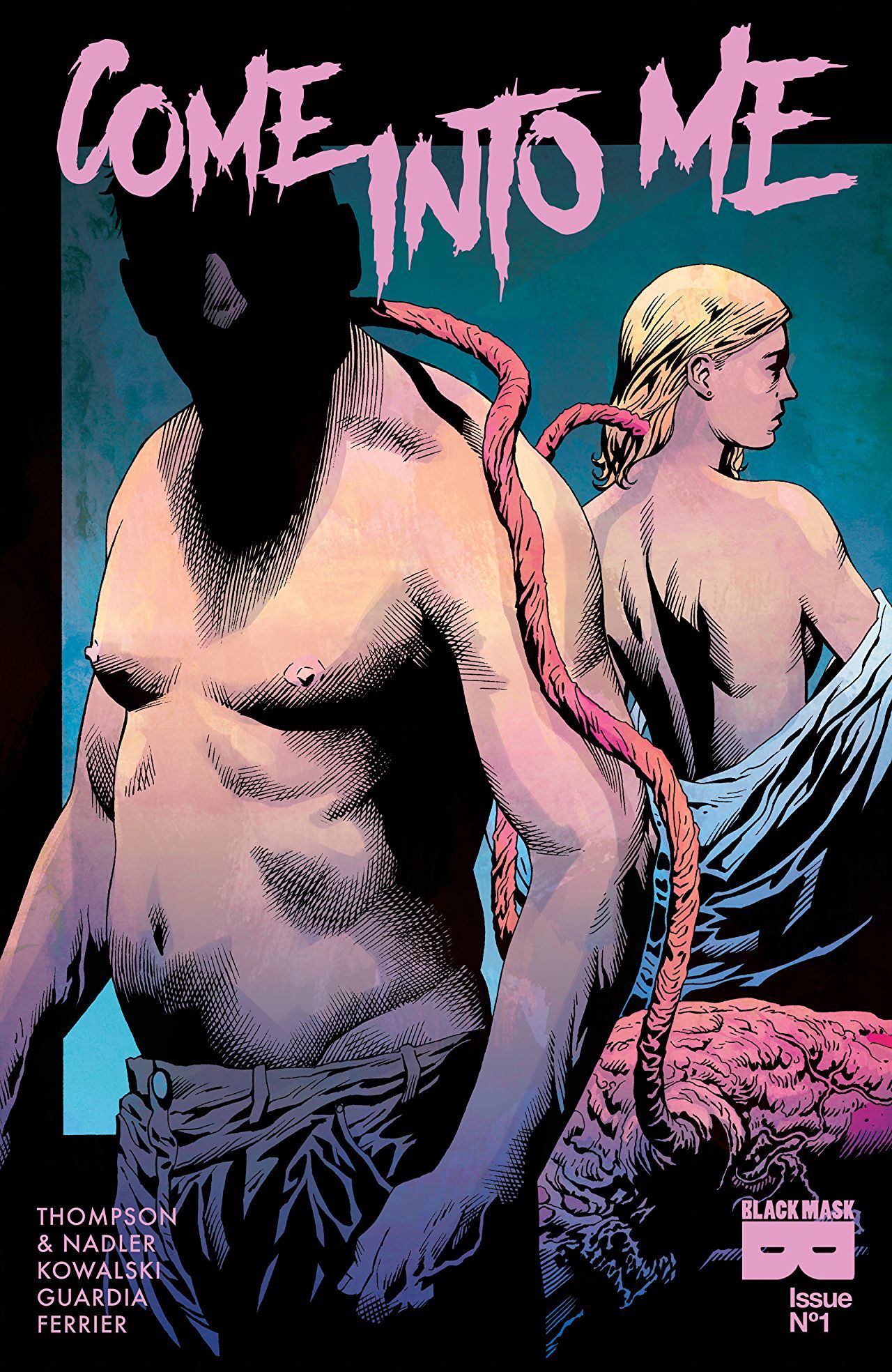 I wasn’t exactly prepared to walk into a cross between eXistenZ and the “Black Museum” episode of Black Mirror but that’s what I got. Come Into Me is a mad science nightmare that’s both disturbing yet so fascinating that you can’t look away. Dark sci-fi is apparently my mood because I can’t help but be intrigued.

Come Into Me presents a world where technological genius Sabastion Quinn creates a technology called Inbeing. It allows one person’s consciousness to coexist with another’s mind, basically existing as a voice in someone’s head. They share memories, thoughts, and feelings. After an hour, both participants undergo the procedure again and the person visiting your headspace is put back into their own body. Of course, there are a few kinks to work out and not everything goes smoothly. 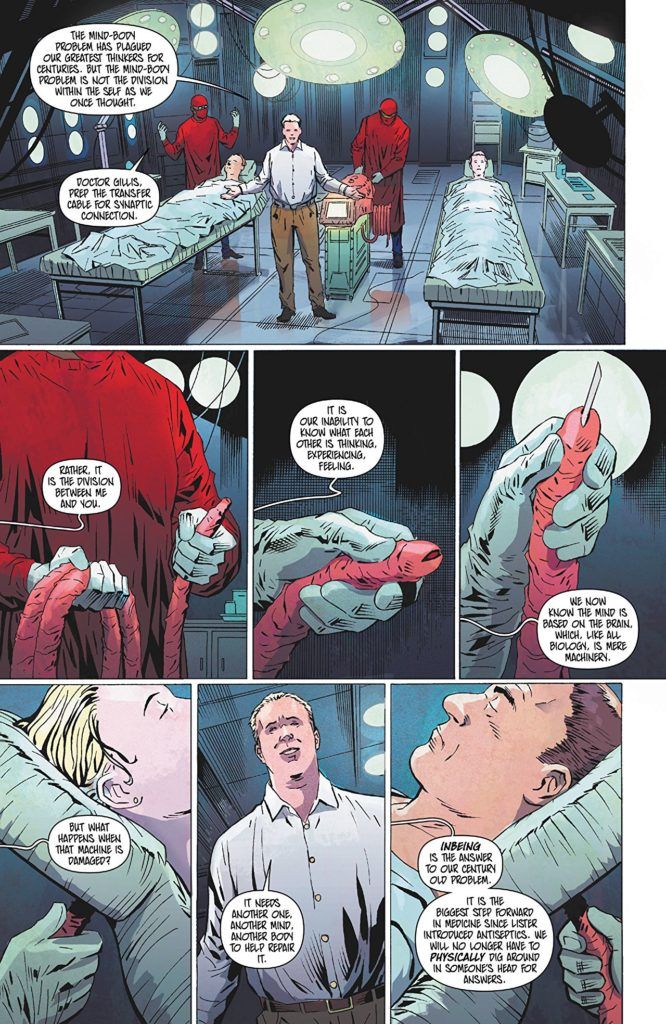 The problems are in the forefront of the book. Quinn’s experiment is costly and his troubled progress with perfecting the technology is killing the interest of his investors. So much so that a chance encounter with a woman named Becky, who is interested in his technology, forces Quinn to reconsider the application for his project. Does he continue pursuing a medical angle or should he open his technology to the public as some sort of social experience?

This book deserves a second read just to understand how wild the premise is and everything it’s leading to. That’s what I did just to grasp the implications of what it would be like to sit in someone else’s brain for while. It’s disturbing. Writers Thompson and Nadler make it feel surreal and rather unsettling, which when you look at the situation it is. Also, Piotr Kowalski’s Cronenberg-esque visuals of the Inbeing technology perfectly match the plot and add to the uneasy feeling you get while reading. 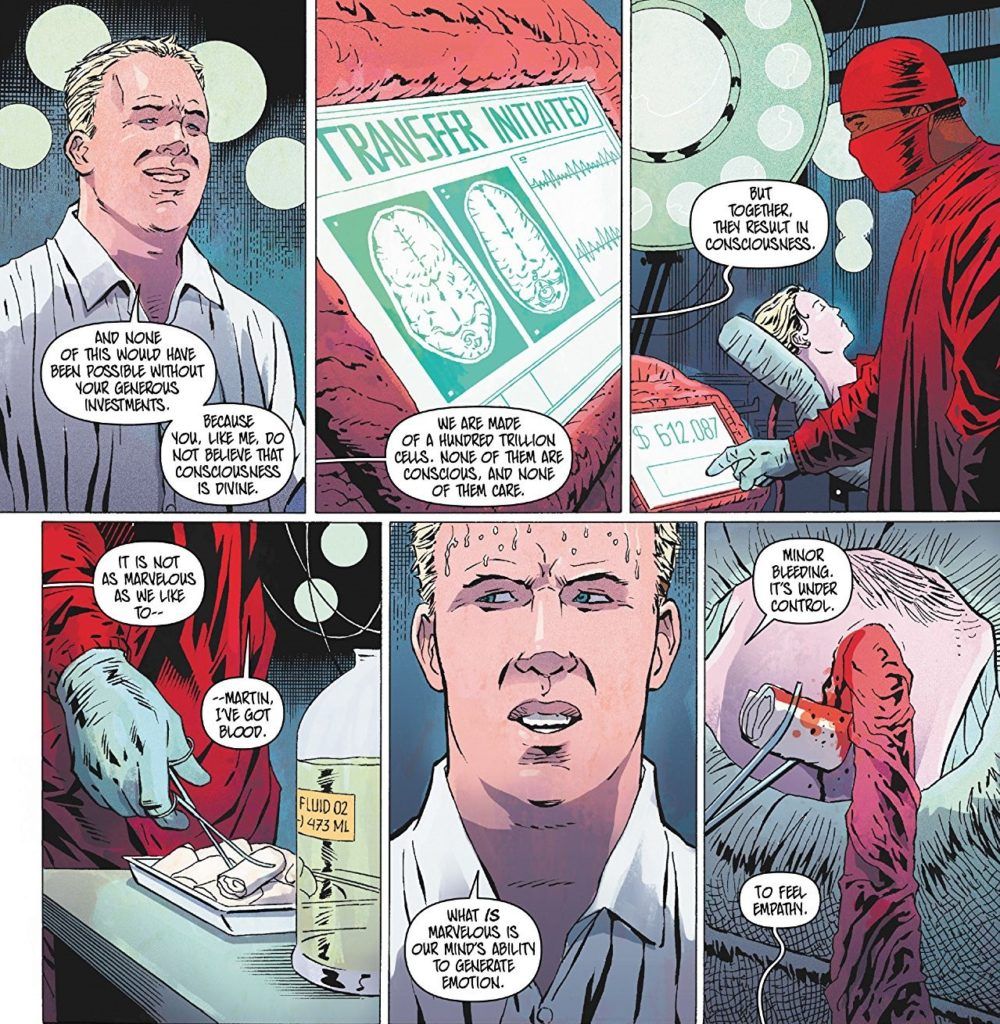 Personally, I’ve always felt that being able to know another’s thought is the biggest invasion of privacy. Our deepest and innermost thoughts are our own and the idea of having someone’s disembodied voice inside your mind sends shivers down my spine. The first issue doesn’t exactly get to the part where Quinn actually puts this technology out into the world. However, the set up in this issue does a great job of making you wonder, making you question what it would be like and how it could affect the world.

Come Into Me is exactly the type of dark storytelling I’m into and the plot is incredibly well done. It’s a must read and I highly recommend this to any fans of dark sci-fi like the Twilight Zone and Black Mirror. I look forward to seeing exactly how far this book goes.