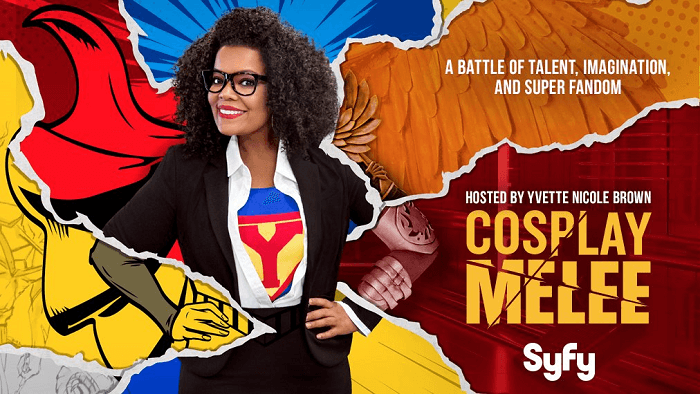 Cosplay can be anything from throwing on a wig and calling it a day to spending months upon months of hard work to create a work of art that you can use to transform yourself into any character of your choosing.

[divider type=”space_thin”]
In its most professional form, it is an intricate craft that involves artistry, some engineering, some improvisation, extreme patience, and incredible attention to detail. While for many it is a fun break from your day-to-day self and a time to step into the universe of a whole other being, Cosplay Melee is a new SyFy show that takes this art to a whole other level in an all-new, elimination-based competition series. 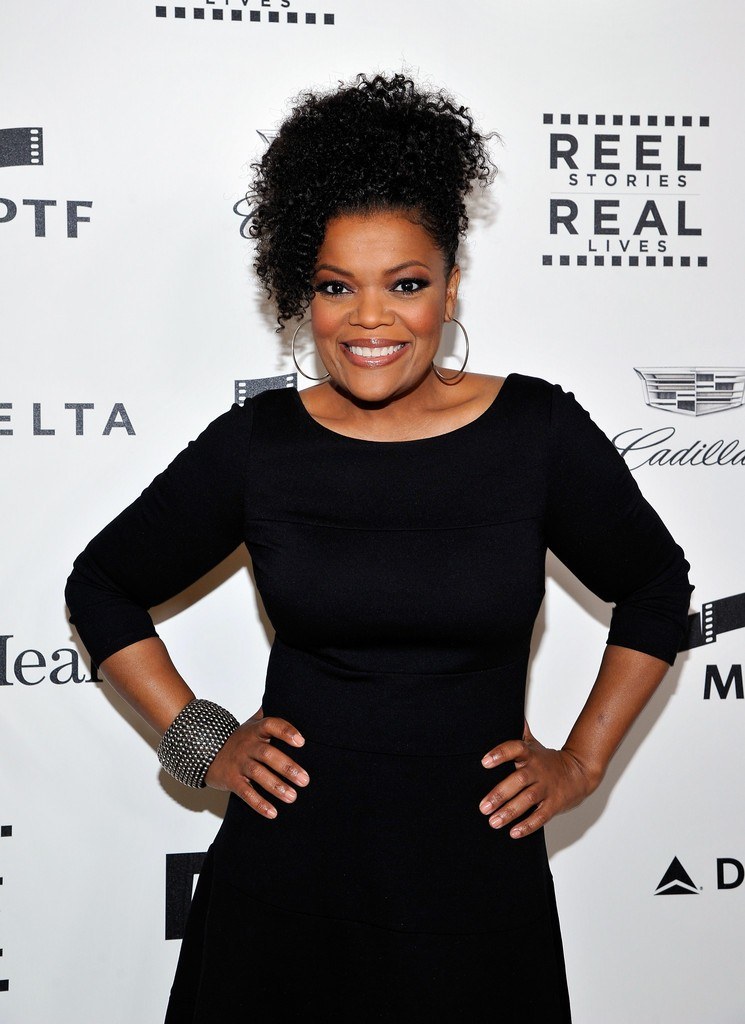 Yvette Nicole Brown is the perfect front woman to represent the show; from voice acting in Elena of Avalor, a children’s show featuring the first Disney Latina princess, to her work on DC Super Hero Girls as Amanda Waller, to arguably one of her most notable roles as Shirley Bennett on the hilarious NBC hit, Community —this self-proclaimed “super fan-girl” brings the enthusiasm with the nerd-love to back it up.

Some reality show hosts are dry in their presentation, and for me, can make or break a new series. But YNB brings a lot of joy and energy to the host role. While for me, based on the pilot it feels like this show is still finding its ground, I 100% bet a couple episodes in she’ll kill it like the excitable super-nerd she is.

[divider type=”space_thin”]
Saying he has some insight into the costume industry is an understatement; he has more than demonstrated his expertise with his work as a costume creator (TRON: Legacy), makeup effects artist (Ender’s Game, Snow White and the Huntsman), and creator and President of Quantum CreationFx, which creates high-end costumes and realistic forensic effects for films like Watchmen, Star Trek, and I am Legend.

Right off the bat this show reminds me of Face/Off, a SyFy original elimination-based competition that has talented makeup artists creating original characters using elaborate prosthetics and costume artistry based on weekly challenges in order to win the ultimate grand prize: 100 stacks and a year’s supply of Alcone-brand makeup.

While Face/Off takes the course of a season to determine a winner out of anywhere between 12 to 16 contestants, Cosplay Melee does so in one 30 minute episode out of 4 contestants, so you get a fresh set of faces and themes weekly.

Cosplay Melee keeps it simple with the classic “competitors-walk-into-a-room-filled-with-a-rainbow-array-of-dream-materials” setup that is a creative-competitive reality show staple you often see on shows like Project Runway, Iron Chef, and many others. Paint, foam, and other material for cosplay, greet eager contestants as they walk in filled with awe and a fight-to-win attitude.

My main critique is just a personal pet peeve: the audio editing that is a reality show staple; when contestants speak, you hear the clipped tone every so often that indicates that in post-production, an editor or producer must have spliced together a couple of different sentences to get the desired result. It’s more for the purpose of keeping the show within its allotted time slot rather than to create too much extra drama like it would on, for example, an episode of Real Housewives.

There really is no getting around that—the cornerstone of reality television is its manipulation of real events to get the most dramatic and tantalizing results. The editing here isn’t offensive, just something that always gets me.

My final critique isn’t a criticism of the show so much as wishful thinking in terms of their air time; I loved the makeup and the detail each artist put into the final touches of their cosplays, and I would have loved to see the process of completing the work beyond the judges’ two challenges. I do, however, understand there are time constraints with the time slot, so it makes sense that the show cut some of the “last looks” detailing of their cosplays to suit the 30 minute time frame.

I typically give a show several episodes before I can truly conclude whether or not I like it. With this show, however, I’m honestly pumped. Cosplay Melee has some serious potential; while for me it feels like this show is still finding its ground, I believe we can expect to see some serious growth in just a few episodes.

It is 100% worth watching, especially for the premier’s space opera theme. If you love the creative process of crafting unbelievably realistic armor and weapons, friendly competition, all with the nerdiest of nerds, tune in weekly starting March 21st, 2017, to SyFy at 10/9 central. I guarantee you won’t regret it.