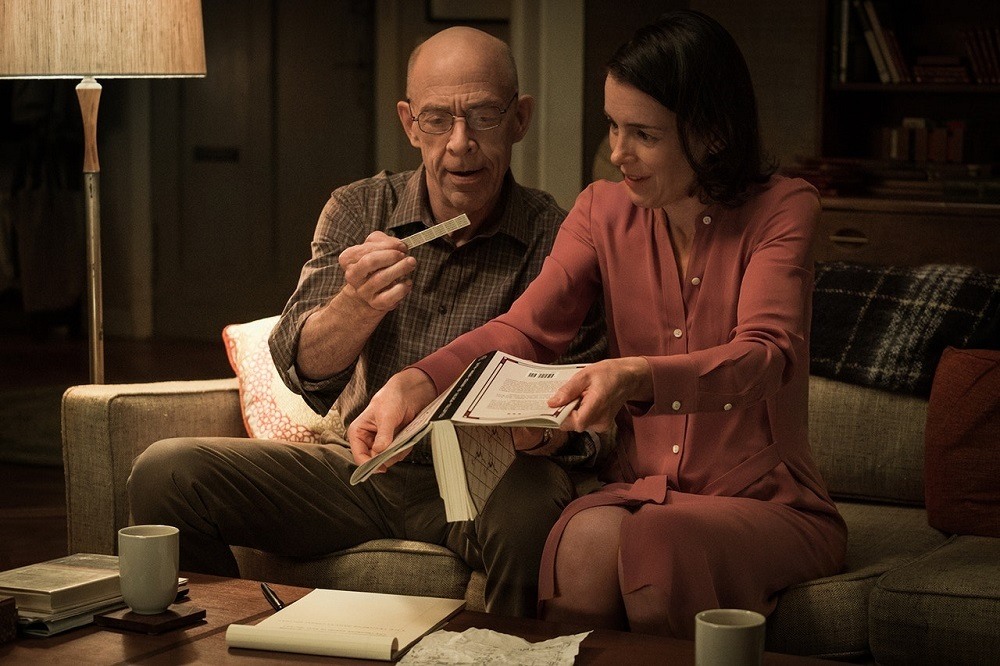 Counterpart Recap: In From The Cold

***Spoilers be remembering their childhood and taking their whole world apart. Previous recaps are here.***

Echo listen, BALDWIN BAAAAAAACK. She in the pseudo safe house, remember her echo, her childhood, her echo dying, the whole shebang. Baldwin is visiting Nadia’s grave when OG Spencer and his beard come creeping out the woods. He got a proposition: One last job for them would be to take out Emily Amnesia. She starting to remember shit again (gee, wonder who passed on that information), she needs to be put down.

Bruh. They ain’t really trying to make us hate Baldwin, are they. First she went against her word and slaughtered Howard in Black’s people. If she does this contract and goes after E-Amnesia too? There’s gonna be some smoke in the city, nahmean. Nah Baldwin, not like dis.

Meanwhile, Howard is bleeding out. Emily Prime drops him on a bed trying to stabilize him cuz you know that shock is coming soon. And in walks in Anna. ANNA?! Sheeeiiiit. We all out in the open now, huh. And also, Anna’s a doctor? Oh word. Ok, bet. Well, Anna got herself a personal ass patient now cuz her job is to save her dad’s life.

And Anna is working. Like, trying to save his life and also, singing to this dude to calm him down. Look at Anna trying to get that MVP trophy in the second half of the NBA All-Star game. Anna, come the fuck through! Bruh…she gonna be so mad when she learn he ain’t her real dad. But I digress.

Snake Ass Clare and The Ballad of Fallen Pete are settling into their own safe house, the not-Indigo brainwashing facility. SAC recanting all the foul shit they had to endure as kids. She then reveals that this is where the sleeper agents from Prime are situated during the first cross. Ayo, what the fuck we doin SAC. We can’t have Spencer sleeping in the house that terrorism built. But she assures BFP that everyone has been placed, so no one is coming back here. Yeah…can we put a pin in that conversation? (Side note: Beautiful camera work there with the mirror showing the dual image “on the other side”)

Howard in Black at the traitor’s residence going through their fires and shit, realizing they bounced for really real. Dude strolled back home past the security detail like it was nothing. E-Amnesia thinks he’s stressed because he’s helpless and not up to speed. 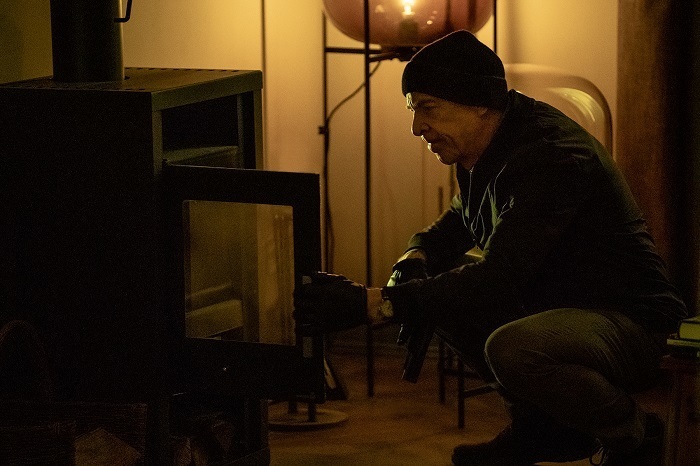 Gotta give it to HIB, this level of restraint must be amazing to not give E-Amnesia the bars that are do.

YOU KNOW WHO THE FUCK I AM. TRICK QUESTION, YOU DO BUT YOU DON’T BUT YOU REALLY REALLY DO, AIIGHT.

And also, HIB is channeling how shit went down terribly for him with EPMD and knows that the truth would have ended very badly, contrary to E-Amnesia’s optimism. Oh, the tangled web, yo.

Speaking of which, Anna over on Prime with all the questions. She puts together that her mom is a spy.

She’s reliving her childhood fantasies about spies, but Anna, my homie this shit realllllll liiiiiiife.

And SAC still going down memory lane. I’m sure this shit ain’t traumatic at all. BFP tries to have rational conversation but SAC is like, nah, I can’t admit this shit is fucked up cuz that means my whole life been a lie. She starts talking about Mira’s grand plan to create Indigo. Yo, this is mad stressful. Cuz SAC is still all in on the Greater Good shit. Like…bruh, ain’t no happy ending to this at all.

Now that its all out in the open, they having this open conversation with Anna about who Howard got shot. Again, I doubt there’s a happy ending to any of this.

Meanwhile on HGTV, E-Amnesia and HIB still doing the scavenger hunt when she finds a gun that was hidden away. In addition to her banging her leg on the table, her memory is for real coming back, cuz she remembers the furniture being different. Look yo, HIB getting nervous cuz he wants her to remember some shit but not all of the shit.

No wait. NO WAIT. Let me process this right quick. So, E-Amnesia is remembering, not this house, but a house on the other side. Specifically, the house that Howard is getting treated in on Prime right now. Turns out that E-Amnesia used to go over Prime, WHILE EPMD WAS IN REHAB and take Anna out and about. As their little secret (cuz she recognizes the key chain). Which, on the other side, leads E-Amnesia to finding the picture Anna drew hidden in the painting that depicts the house. I have two take-aways from this.

Fuuuuuuuuuuuuuuuuuuuuuck. My head spinning for real.
Two, so I know we may have thought this already, but maybe this solidifies that E-Amnesia was a pretty terrible person before the accident. She was out here with mad Tragic Yanek tendencies.

And now ALL THE SHIT is breaking open. Cuz HIB didn’t know nothin’ about this either. He’s like, who is this “Anna” that signed the picture. And E-Amnesia finally admits that there’s another world. The other side.

But check it, when she admits this, HIB isn’t all, “wait, the other side, alternate dimension, you’re crazy.” He’s like, WTF E, that ain’t cool. Cuz, it fucking ain’t. But also, if E-Amnesia is fully in her bag knowing about the other side, how long until she puts it together who this strange acting version of Howard is?!?! 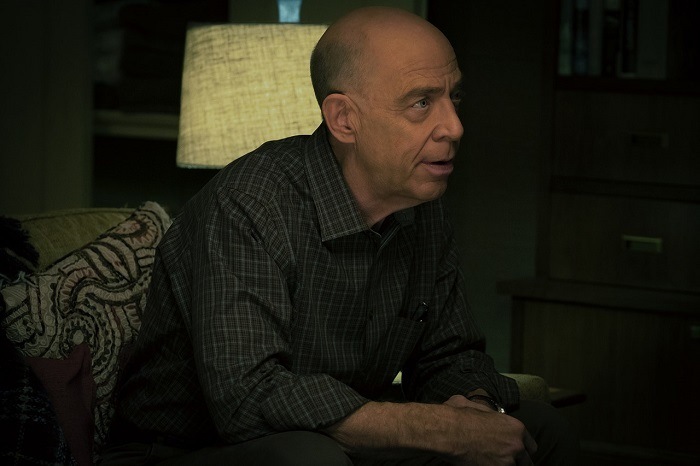 BFP is changing New Spencer Who Dis when he sees the USB drive in the diaper bag. He acting like that’s the new Rhianna album, and he immediately puts that shit in his laptop to listen. Yeah, now he knows that SAC knows the flu didn’t take her parents. Like…BFP what you gonna do fam. You know that not only is your wife indoctrinated, but that even when she knows how manipulated she was, she still riding with Mira’s plan. You can’t let that shit go on bruh…

It’s all bad, cuz SAC hearing voices and bumps in the night. She finds…herself. Oh god. This…ain’t good. I don’t know if this is some epiphany shit or SAC is really losing it. She talking to the child version of her echo. That she murdered! She says its lonely where I am now, which is some cold shit. 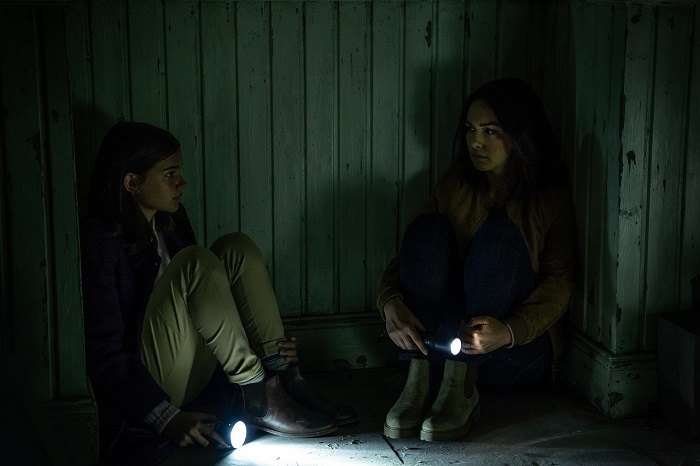 And that was all a dream/nightmare. BFP comes in with the recording. And some counseling. Cuz SAC need more therapy than humanly possible, but this fireside chat with BFP gonna have to do.

SAC knows she’s all kinds of messed up, but she don’t want to admit it. She just wants to be done with it, but yo, this shit ain’t done with you yet SAC. And then it comes. SAC is like, I think I know what’s coming.

Meanwhile, E-Amnesia out here doing the recaps of her weekly recaps of Prime. She talking about how EPMD was an addict in and out of rehab, how they got divorced, and how Anna being sick must have put a strain on them.

All of this while HIB is like, “yeah, do-fucking-tell.” Give J.K. Simmons all the awards by the way. His facial expressions and tone are telling stories all by themselves. But then…HIB asks…about himself. And either E-Amnesia is gotten really good at being a spy cuz she lying through her teeth, or she don’t remember HIB being her source. Cuz she talking about HIB like he was a dick. It is all over the place.

But also, HIB notices some other writing that E-Amnesia was doing and realizes it was code. 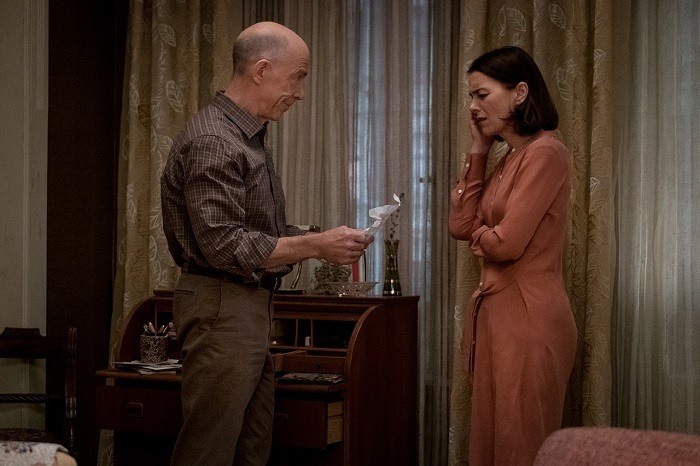 AND EPMD IS PISSED. With good reason. That revelation that E-Amnesia was slipping in and out of EPMD’s life, mothering her daughter. Howard and EPMD comparing notes on how they either betrayed or were betrayed by their spouses. Deliver me, Counterpart, this shit too good.

Howard finally realizes the truth about E-Amnesia (or at least what used to be the truth). He wants to make a deal with management to go back and over and expose his wife. WELP.

HIB and E-Amnesia are doing their codebreaker work, trying to figure out the cypher. Man, they enjoying this shit like it’s the crossword in the New York Times or some shit. They figure out that the code is an address, and it’s cause for celebration. They confess to loving each other…like, sorta…to each other, but not really intended to each other, at least on E-Amnesia’s part. 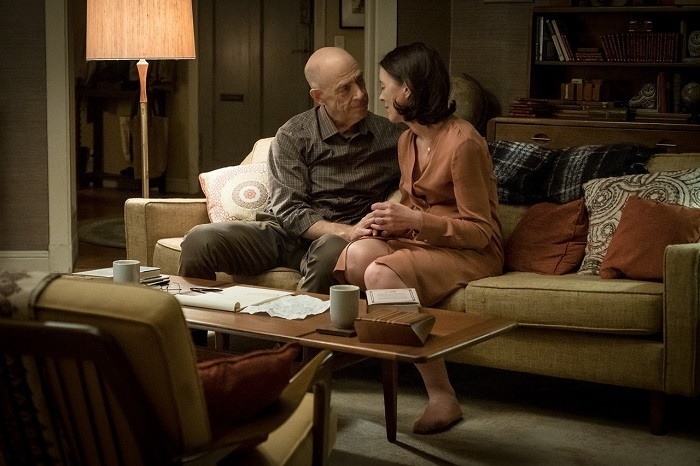 E-Amnesia makes the call to Wes-Ian that they are willing to turn themselves in per Howard’s plan.

After SAC dropped that bombshell, her and BFP go looking in the basement for clues as to what the crates were for. Yeah, they been testing the flu virus for years. Mira really put them on some eye for an eye shit. SAC don’t know how they plan to distribute it, but BFP is like, yo, we gotta tell someone.

And Thank Baldwin for having some semblance of a conscious. While HIB been laying with his not-wife, she was blowing him up. When he listens to the voice mail, it’s Baldwin being like, yo heads up, they on the hunt for E-Amnesia again.

Activate Howard Super Spy! Man, we ain’t seen this level since my dude emptied out a car full dudes last season. And he took apart these cats. Easily. E-Amnesia witnesses the whole thing and is like…yeah, so you’re not my Howard. She pulls the gun on him like, yeah, you ain’t got to go home (cuz you can’t anyway), but you got to get the hell up outta here. 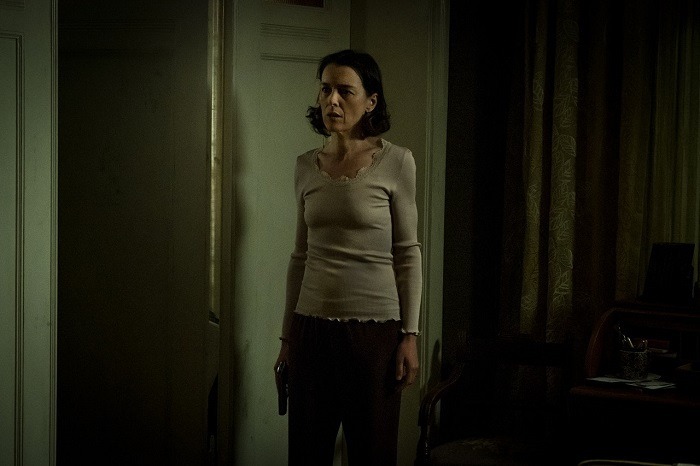 And Ballad of the Fallen Pete turns op on Naya’s doorstep. Naya by the way, got the burner by her side. She ain’t trying to buy what BFP is selling, but he convinces her to listen when he presents Snake Ass Clare as Shadow. Notice SAC got the baby tucked high and tight so Naya can’t get a quick shot off. Man, this is all the way live. Flu virus just outchea. MIB kicked out the crib. Howard bout to turn himself in. EPMD is mad as fuck.

Things are as bad as they’ve ever been.