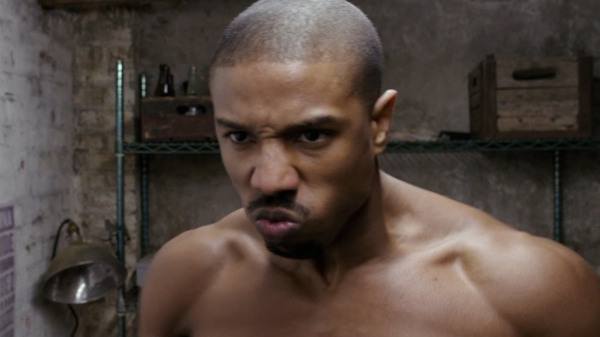 I was scrolling through Twitter and came across this tweet with a picture reading “Creed” in huge lettering, and I thought to myself “These cats still making music? They had like two good songs, man.” Then I remembered there was supposed to be a Rocky spin-off with that title. I snapped back to reality and got so hyped that the trailer was out for this movie!

Sun, I grew up watching the Rocky series, and Apollo was always my favorite character. I’m glad to see that in a sense his story continues on through his son, Adonis Johnson (Michael B. Jordan) who’s named after a another Greek mythological (demi) god-like figure. Adonis wants to be a fighter and has a natural talent for it, so he seeks out the retired Rocky and asks him to be his trainer.

The formula for this story isn’t rocket science or even appearing complex but (if we can have damn near 8 Fast and Furious movies, we can have this) I am fucking with this heavy. The appeal for me is that Apollo and his trainer Duke (Tony Evers) take Rocky in after the loss of Mick and fucking give him the Million Dollar Man remodeling. The great reveal after everything was said and done was that Apollo wanted a private third match between friends to settle their tie.

With Adonis seeking out Rocky, we now get to see the story come full circle as Rocky is the one to return the favor for his deceased friend by helping out his son. If we’re being honest, for those of us that wiped Rocky V and Tommy Gun from our memory, this is the first time we’ll see Rocky coaching and training an athlete we know is worthy.

I think we can expect a lot of backstory through Adonis’ perspectives of the Creed family, especially growing up with his father dying before he was born. The trailer has Adonis at a distance from the mentioning of his father at times, so it’s going to be nice to see the parallel between how Rocky’s child grew up with his father around, as opposed to Adonis practicing the same sport that took his father from him. Pathos people! Pathos! I also gotta say we’re seeing that the atmosphere be so black — we got Ryan Coogler back in the Director’s spot working with Michael again, along with Wood Harris, Tessa Thompson, and the mighty, mighty Phylicia Rashād as Adonis’ mother, Mary Anne Creed. I’m for this movie, man. Even if it doesn’t continue as a series I am perfectly good with this.

And you know they had to hit us with the iconic run through the Philly streets, right? My favorite thing about the trailer is that they updated the song with “Prisoner” off Lupe’s Tetsuo & Youth and it fucking fiiiiiiiiits, my dude!