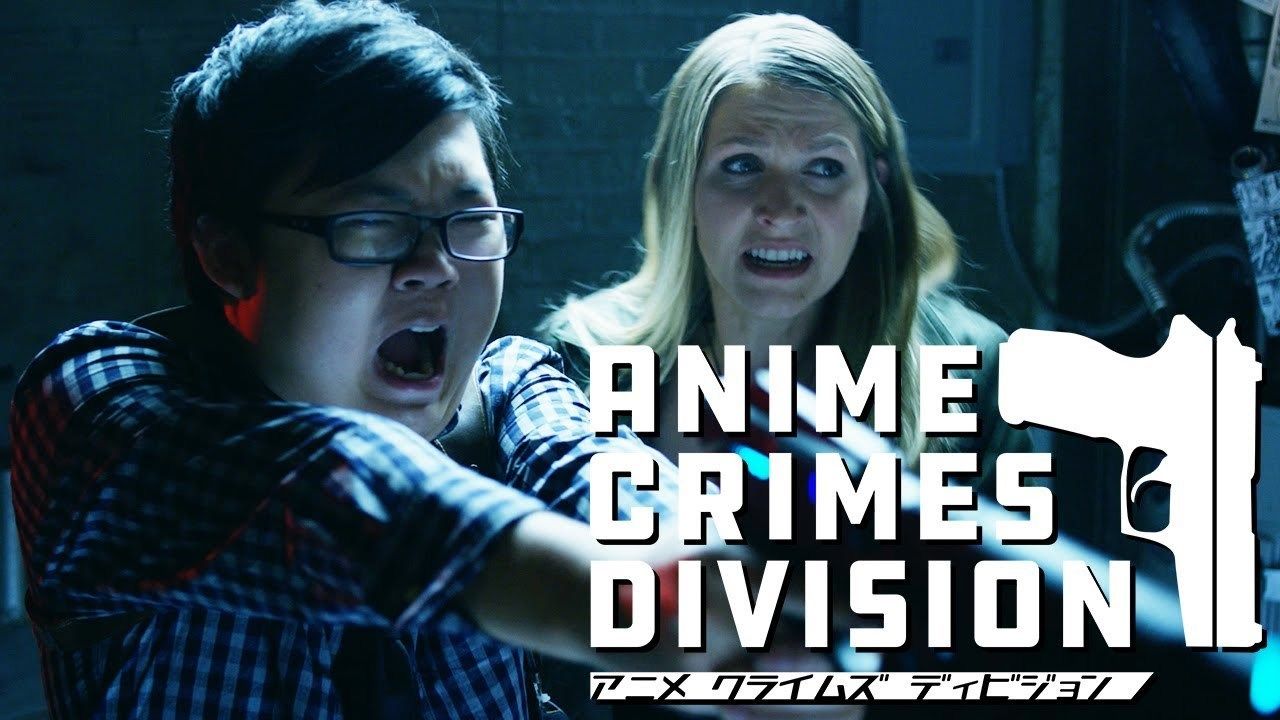 When you can tell a project was made with a “for us, by us” mentality, there’s something that separates it from the pack. Anime Crimes Division is a web series that feels like a product of that ideology. It’s one thing going the route of tongue in cheek humor for a specific / niche audience. When you commit to that absurdity as truth wholeheartedly? That’s when the magic happens.

In the same vein as the mockumentary American Vandal, Anime Crimes Division is a web series that maneuvers not taking itself too seriously while remaining engaging and hilarious. Created by Rocket Jump, the show airs on Crunchy Roll (youtube as well). I tell you no lies, I was howling watching this series.

Truth be told, I was hooked from the opening monologue: “In Neo Otaku City, there are two kinds of people. The kind that can recite the Sailor Moon theme song from memory in the original Japanese, and the kind who don’t belong here.” Dude, when they treated someone going around taking parts from Gundam models like a homicide case. I was screaming!

Crunchy Roll, you crazy for this one

The lead protagonist is hard ass anime detective, Joe Furaya ,played by the master of skits, SungWon Cho (ProZD if you nasty). Furaya is the Rust Cohle of anime detectives and his Police chief (Kirk Graves) assigns him a new rookie partner, Detective Diesal (Riley Rose Critchlow). The way he checks her credentials tho,

I only caught this reference thanks to our own anime division specialists’ Yuri on Ice knowledge. Anime Crimes Division blends detective show tropes with anime references perfectly. It’s smart fan-service humor for those that are anime fans or detective show fans. There are so many moments that had me nodding my head saying “hell yes”. Poky sticks in place of cigarettes, Furaya shooting like a newb player in a first-person shooter (hence his Psycho-Pass issue air soft gun). The subs vs dubs gang war an underground car dueling ring? Perps doing the Naruto run in chase scenes? Yes. Yes. That’s how you put the fandom on.

Anime Crimes Division got some quotables over here

There’s a scene with Joe down and out drinking marble soda (instead of alcohol) at a bar. The bartender says, “Son, you look like Chūnin exams Rock Lee.” If you know me, then you know my love of Rock Lee. I lost my shit man. It’s those little quick one-liners and ad-libs referencing different shows and fandoms so casually that makes it easy to smile for an entire episode of Anime Crimes Division. There’s a lot of them too.

The short format of the show makes it easily digestible but there are so many stand out one-liners per episode like, “I’d rather eat shit then bid on a Digglett!”,”The thrill of playing for keeps… it’s better than what I’m told sex is like.” and my personal favorite…

SungWon Cho’s comedic timing mixed with deadpan expressions make his character stand out. He’s a hilarious homage to TV detective tropes. Pair that with Critchlow’s genuine optimistic demeanor as the rookie detective and the chemistry between the two synch together. I won’t spoil the finale. I’m just going to say, they did fanfics justice and every actor nailed it.

You’re going to get through Anime Crime Division with the wonder of what they’re going to do for season 2. Oh, there better be a season 2, yall. You don’t come in here with the best mock detective live action anime themed series and think you can go out with one season. This ain’t Firefly, you better come back around again. You better not Naruto run off into the sunset on us.

If you’re an anime fan or just need a laugh, Anime Crimes Division is a show you’ll be happy you took the time to check out.