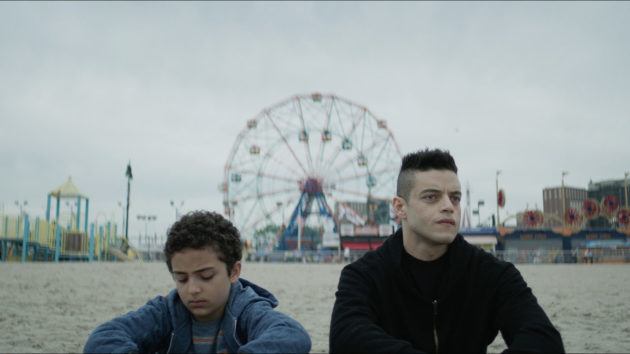 Mr. Robot keeps the dope opening scenes coming. This time, we get to see the fallout from Mr. Alderson pushing Elliot out of the window and the toll his illness is taking on him. Elliot vowed at a young age that he’d never forgive his father and didn’t have a shred of remorse when his old man toppled over. Guess we’re supposed to assume that’s how his life ended. Pretty terrible way to go. Then Elliot took the jacket off his dad’s person (the one he rocks when Mr. Robot takes over) and went to sit in the movie all by his lonesome. Cold. Blooded. And lest I forget to mention: he was already showing signs of his Dissociative Disorder!

Back at Elliot’s sorry excuse for an apartment, he remembers his friends who have been painted as terrorists with connections to Iran. He remembers their legacy, then erases any trace of knowing them by microwaving his hardware in one of his classic resets, but not before copying the data onto precisely labeled CDs (Springsteen’s ‘Magic’ for Trenton and DJ Mobley for Mobley) and storing them in his handy dandy CD case holder. He destroys the Flash RAM, hard driver, and does a full wipe down then searches for clues to what happened by visiting the home of Mobley and Trenton’s next of kin.

Sam Esmail gives us the true names of each of Elliot’s old friends. Mobley’s name is Sunil Markesh and Trenton’s name is Shama Biswas. This is not a shrug-worthy revelation. This sets up Elliot’s course of action for the day, as he then goes on a mission to ensure his friends are honored instead of allowing their legacies to be spit on. Elliot soon finds out that Sunil/Mobley’s brother aint wit the shits. He fed the fuck up with the news that has put his job in jeopardy because his brother is now a “known terrorist.” Dead end. Luckily, he has more luck at Trenton’s/Shama’s place. 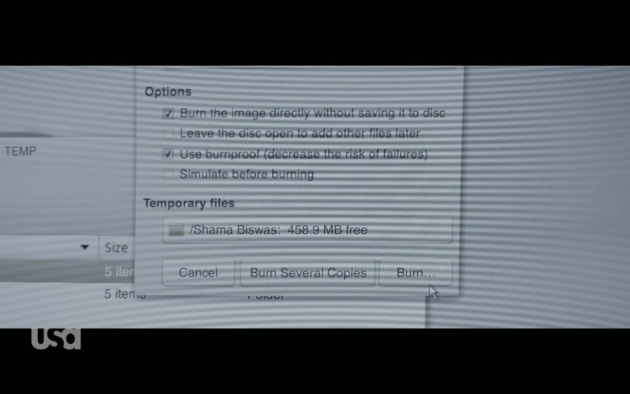 Shama’s family is packing up to get the fuck outta Dodge. Elliot speaks highly of the daughter/sister they lost before the mom and little brother get asked to go inside in Farsi. Dad feels like they’re personally under attack and scrutiny like October of ’01 and that America blames everything on Muslims and Islam these days (can’t argue with that). The one positive was dad giving Elliot an idea about where he might find a clue. Arizona.

But he doesn’t catch the first flight to the state that’s as hot as Satan’s ass crack. Instead, he catches the first train to where this all started. Where he became partners in crime with the two people he unknowingly helped brand terrorists. Coney Island. He takes a seat in the sand and stares at the waves, ready to overdose Mr. Robot into early hacker retirement… until he’s interrupted by a boy, that is. Interrupted by Shama’s little brother, that is.

The rest of the episode features Elliot and Mohammed going back’n’forth in classic, comedic, inquisitive child, annoyed adult fashion. It was honestly the most welcoming change up for a show that has gotten pretty damn bleak in the past few weeks.

But don’t get it twisted, the world around these two is still a bloody nightmare descending into an anarchist’s dream. There are constant PSAs about a 9pm curfew for all citizens and security check points all along the walk back to Shama’s crib. Shit was mad Handmaids Tale meets Children of Men.

Once they get to the boy’s home, he tricks Elliot into thinking he has no way of getting inside and convinces our frustrated titular character that the only option is taking the boy to his very first movie. And of course it’s the anniversary of Back to the Future and fanboys and girls are out in full glorious cosplay going hard for the trilogy showing. Elliot remembers how hyped he has been for this day all his life and promises Mohammed a good time, despite his repeated desire to see The Martian (which Elliot shits ALL OVER the entire episode).

They barely make it 20 mins into the movie when Mohammed disappears, but Elliot knows what this kid is about and finds him in a nearby mosque. (Sidebar: I always feel weird or sacrilegious when shows shoot inside mosques. I don’t know if I’m the only one, but the show must go on.) Elliot comes clean and finally answers little bro’s question of why Elliot told his dad that Shama was a good person. He owns his involvement and accepts blame then drops Mohammed off at home. Homeboy whips out a key, much to Elliot’s surprise and gets our boy a lollipop so he doesn’t go off himself at the beach.

One of the final scenes show Elliot setting things right by visiting Angela’s apartment in one of the most fire visual shots the shot has produced. The fiery red passion glowing from Elliot as he reminisces about the wishing game they used to play back in the day. Angela’s midnight black aura reflects the misery that is her life. She’s a complete and utter mute mess, but manages to speak one line. The one line she needed to muster, which should signify her return to Angie from da block form.

Huge implications with the email Elliot got from Trenton. At the end of last season she said she might’ve found a way “put everything back the way it was” and now we know how this may happen. There’s a chance Elliot could undo the 5/9 hack because of the encryption of the E-Corp files. I don’t much about hardware keyloggers but if the 5/9 attack was built by fSociety at the Coney Island Arcade Fire HQ then they could retrieve the keys necessary to give Elliot his sanity back. Darlene was one of the main components of that hacking move (that is still alive), so she could be pivotal moving forward.

Loved seeing Elliot pay Mobley’s brother one last visit, but that wasn’t the friendly visit given earlier this episode! He flexes his hacking prowess and strong arms bro bro into selling the morphine he just got, to give Mobley a proper funeral. Mr. Robot keeps it coming each and every week!! 2 more episodes to go.