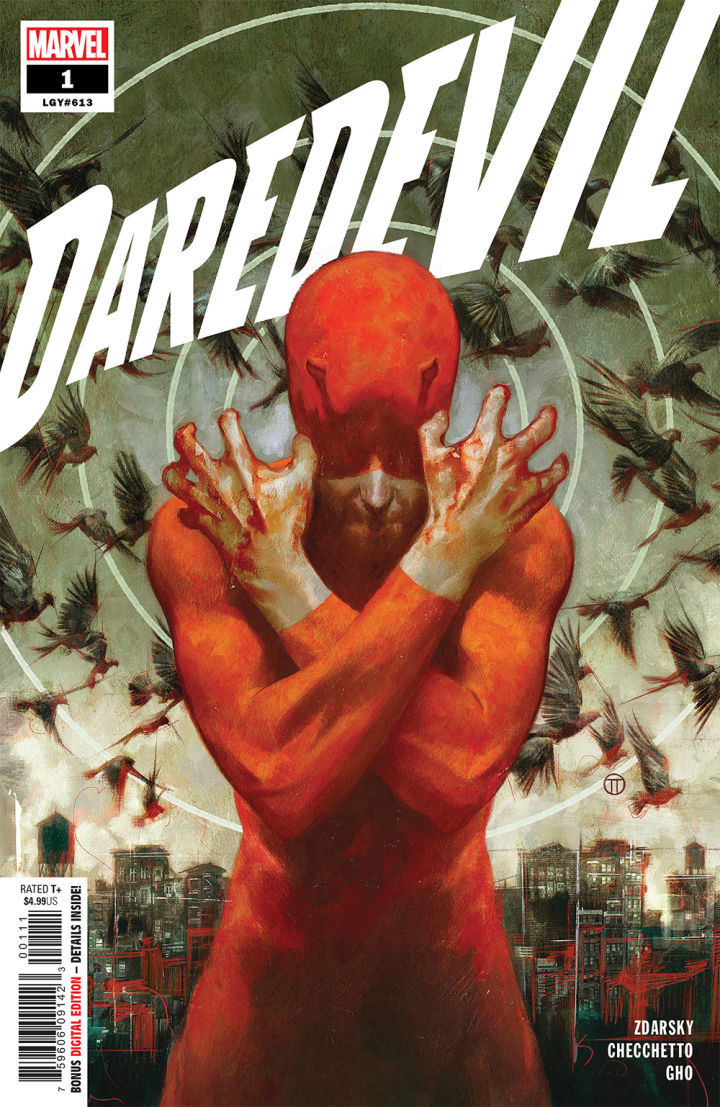 “Oh! Chip Zdarsky is doing Daredevil?! He’s a funny dude. This should be a lighter DD than I’m used t . . . Oh my God!” Zdarsky is not playing with Daredevil. The latest release of Daredevil #1 sets up a comfortably familiar yet slightly unique situation for the blind vigilante. Coming off Jed MacKay’s “Man Without Fear” mini-series, Matthew Murdock recovered from a devastatingly poetic injury. He was close to hanging up the billy club and succumbing to fear. He finds the will to live with fear in this, the appropriately named “Know Fear” introduction arc.

In this #1, We get a pretty all-encompassing picture of the character through the perspectives of his current life as Matt Murdock and Daredevil. We also get a few glimpses at his past. We find a man who has long had a strong sense of justice, who’s known great personal loss. He struggles with violence and arrogance. We quickly understand his arrogance when it’s clear that Daredevil is not at 100%. Our hero’s life is made no easier by the fact that one of his greatest enemies has control over his city and the police force. It turns out that returning to the superhero life too soon has catastrophic consequences.

I had an idea of the rating I wanted to give this comic but recapping and thinking about this review I appreciate how impressive it is. The story is accessible to anyone remotely familiar with Daredevil (say, from a spectacular Netflix show) but doesn’t hold your hand too hard in a manner that might annoy a veteran reader. The story uses classic Daredevil themes like his Catholicism and occasional lustfulness to tell a succinct story and introduce compelling adversity. 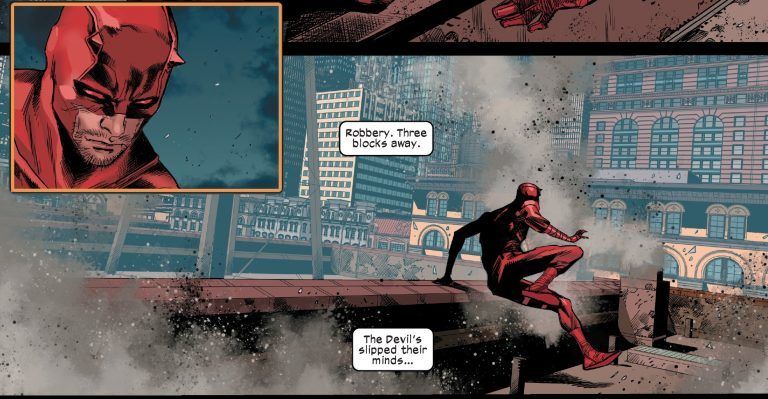 Marco Checchetto does a damn good job with the art here. Cleanly lined characters popped in front of artistically hazy backgrounds. My favorite panels played with the light in Murdock’s apartment. In one scene a shadow hits his eyes like a blindfold. The other uses shadows to create the illusion of prison bars, illustrating the figurative jail Murdock describes feeling. It looks like this team is with us at least for this first arc. If this issue is any preview of the continued quality of the book, I’m optimistic for Daredevil’s future adventures.