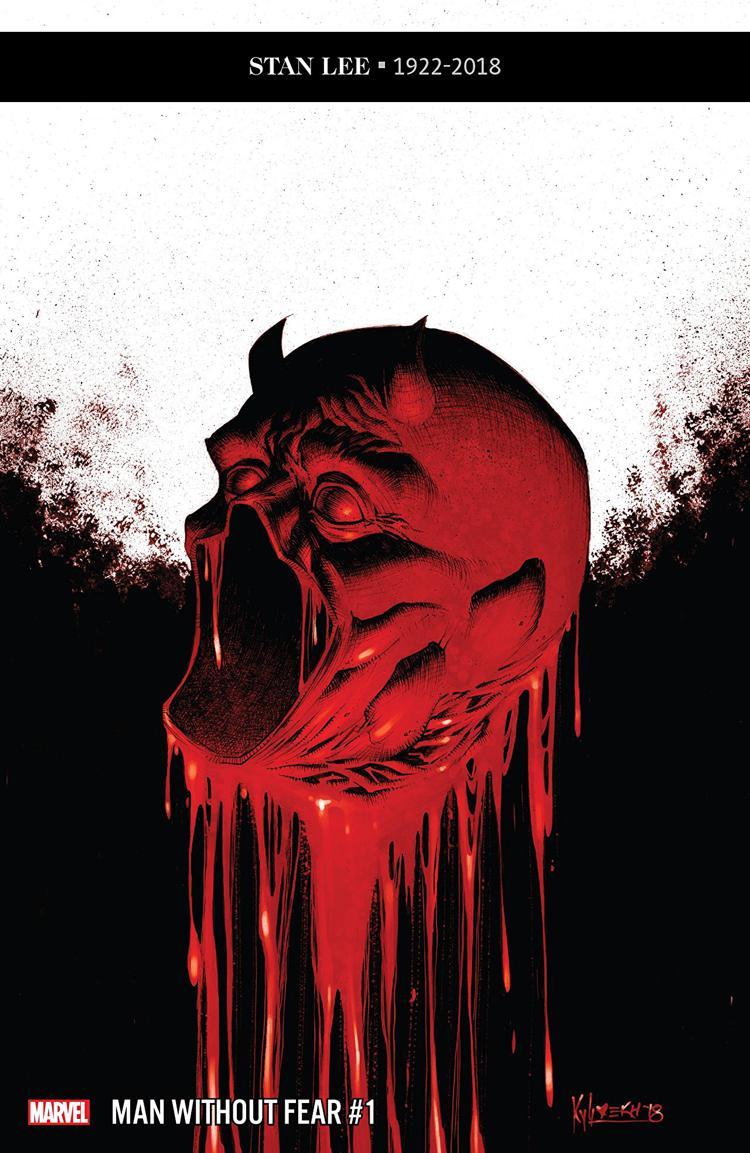 A bird has to fly, a fish has to swim and Matt Murdock has to have the occasional existential crisis. I don’t have the energy to rummage through my ten to fifteen years of Daredevil comics to recall the exact issues (ooo! That could be my comic review New Year’s Resolution) but it seems like every few years Daredevil is within an inch of his life and self-reflects about his heroic nature.

Mr. Murdock starts the year off with Man Without Fear #1 by Jed MacKay and Danilo S. Beyruth. After being hit by a truck our hero lies in a coma. In true, best-friend fashion, Foggy Nelson accompanies him at bedside. He plays his dutiful role as the voice of reason, pointing out the obvious: Dude. You get stabbed by ninjas, bear-hugged by Kingpin, and shot by Bullseye on a semi-regular basis. Alongside Foggy’s commentary, Daredevil is assaulted in his mind by his darkest failures. Pain and fear induce a philosophical discussion about heroism vs. self-preservation. The question we’re led to is whether a logical fear of harm to his body, his integrity, and his loved ones can be realized enough to avoid ninja stars and weaponized office supplies or if pain can continue to be used as fuel for the Devil of Hell’s Kitchen’s crusade for justice. 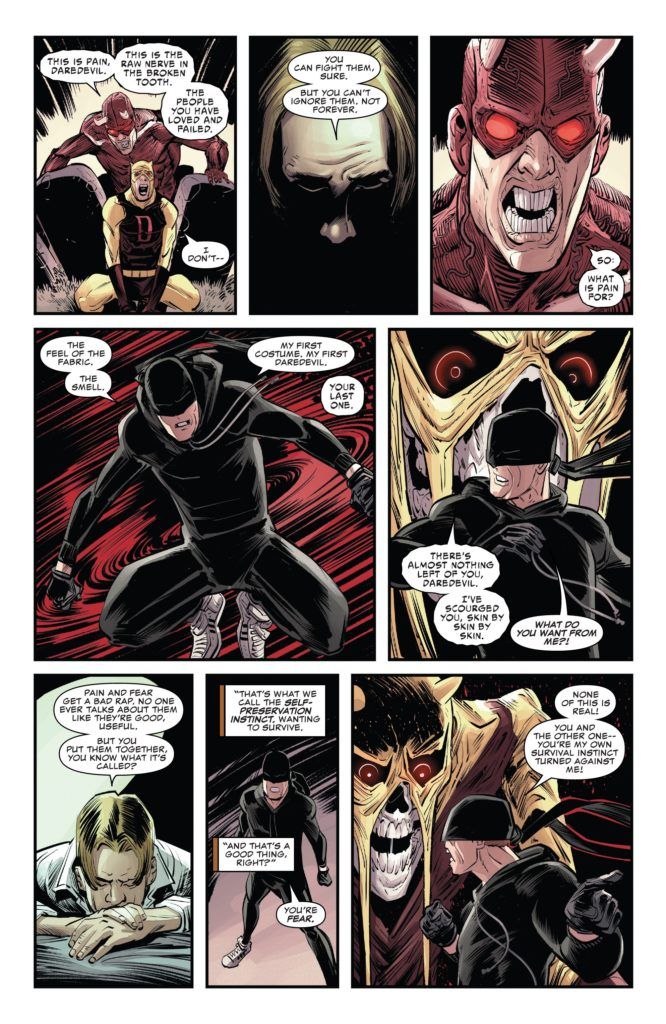 For the repetition that comes along with this kind of Daredevil story, this comic was wonderfully terrifying. The dragging of Daredevil through a hellscape of his own low points is worthy of Dante Alighieri. A disturbing juxtaposition to Foggie’s calm tone, the monstrous yellow costumed Daredevil skeleton and a skinless Daredevil with crimson flesh shriek throughout the book.

This creates shifts in tone that, instead of jarring distraction, serve as attention grabbing tension. Combined with the twisted visuals of Murdock’s comic history, the dialogue was well crafted and made for a sickeningly satisfying read. If you’re going to do this kind of book every so often it might as well be as creative and interesting as this one.

Reading Daredevil? Find BNP’s other reviews of the series here