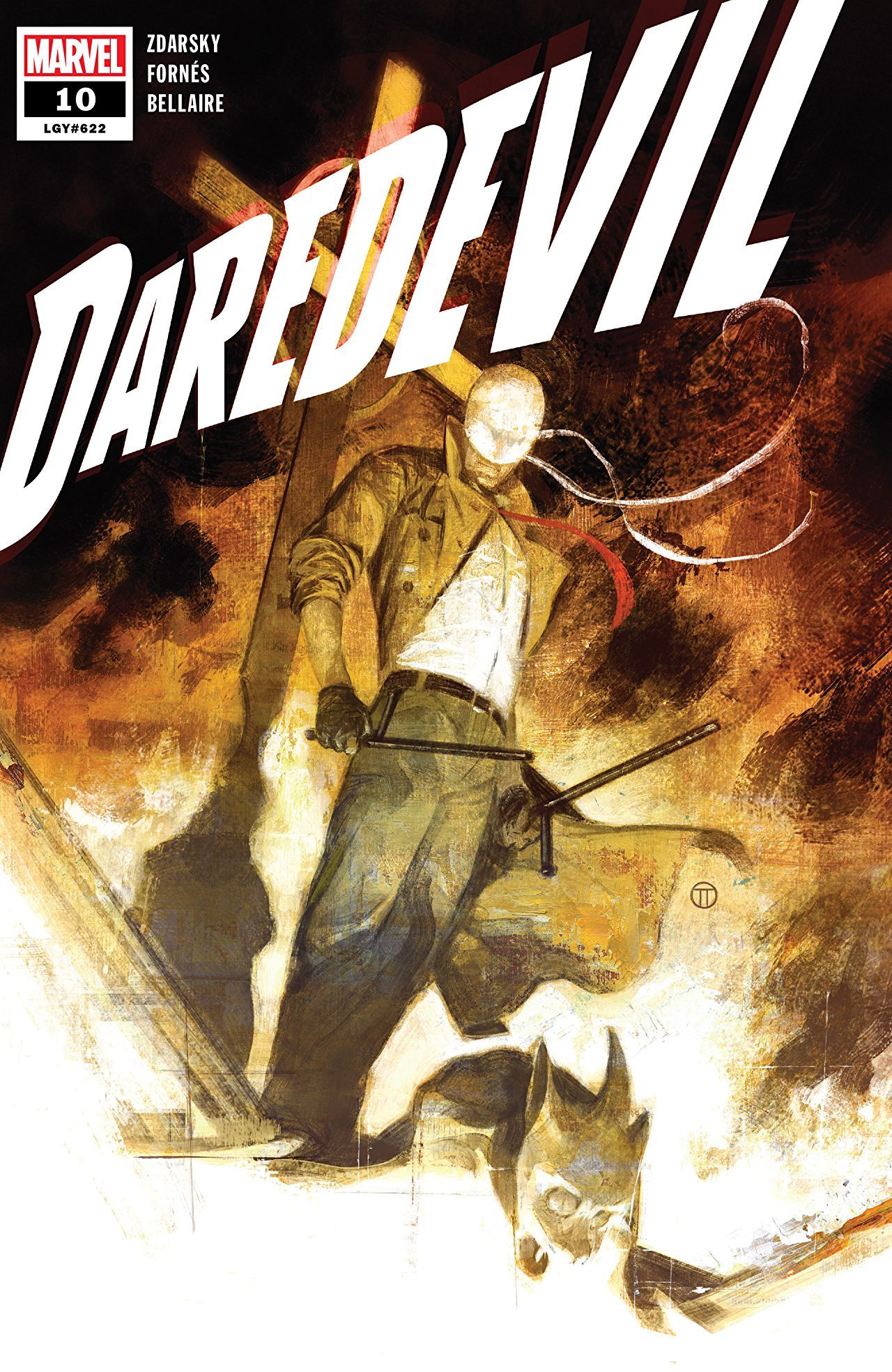 It’s Daredevil week! To start let’s a take a moment to marvel at this comic’s cover. Go on, marvel. Also, this is one of those interesting covers that does not mislead you about the content of the book. The cover promises a business casual version of the Netflix season one Daredevil costume and it gloriously delivers.

The finale of the “No Devils, Only God” story line has Murdock and Cole in crisis mode. The hero formerly know as Daredevil is wading in his own confusion and guilt. His most recent sin is sleeping with the wedded Mindy. Murdock’s super senses are unable to retire so he is still plagued with the sounds of violent crime. The handful of people who have decided to fight crime in and with Daredevil’s name are everywhere. In the middle of the night, a tragedy with Murdock’s parolee, the brother of the man he accidentally killed, leads Murdock to the police station where Cole is grappling with his own guilt. After stoically staring down the NYPD’s toxic police culture, Cole’s partner pays the price and is in critical condition in the hospital. Murdock overhears the plotting of a conspiracy and must decide whether to do nothing or to intervene. Well, he totally intervenes and afterwards is greeted by a familiar face who seems to be the focus of the next arc. 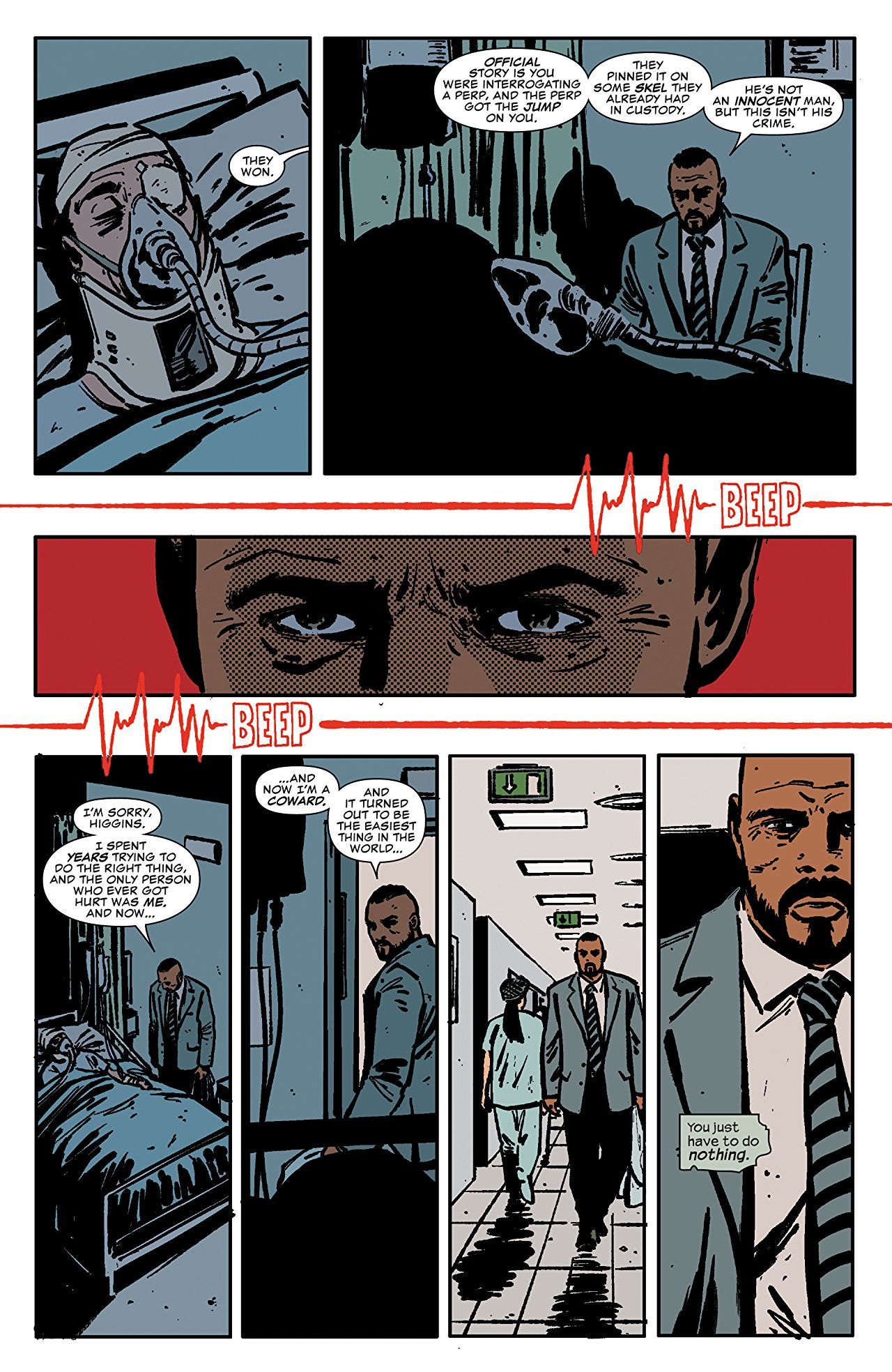 This comic had some really poetry. “Mindy and I are in the flood. That early stage that blocks common sense. Overrides guilt. . . “. I think the wallowing that Daredevil has a propensity for is something I get more and more as I get older. There is something of an inevitable despair and exhaustion in Murdock and Cole’s recent experiences. I was also glad to see a change in the art. The book had a delightfully old school vibe. There are panels that feel like they’re from the 70’s Bill Everett era and others that could’ve came from Frank Miller. I especially liked the panels with a blood red background and the scenes in the holding cell with a black background and red bars that look like Daredevil’s billy club. I don’t see this style being a new norm for this book, but it inspired some delightful nostalgia.