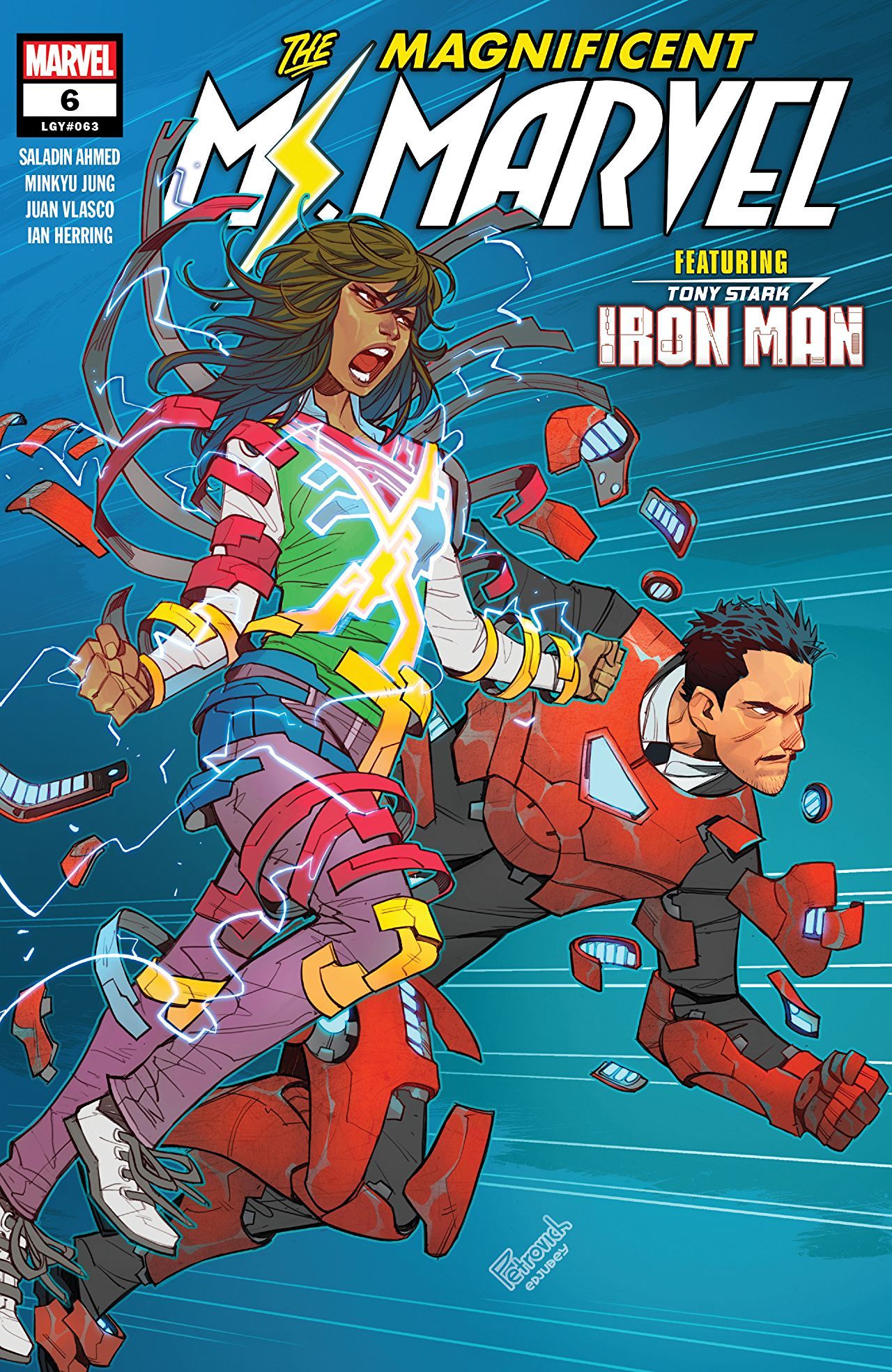 This week we have a comic with the most heart: The Magnificent Ms. Marvel. Saladin Ahmed has captured this heart in a compelling formula. He takes a universally relatable concept and creates a first-person monologue that is parallel to the story being told through dialogue and pictures. Issue 6 focuses on standing out. It’s some lovely prose about standing out because of your ethnicity, hobbies, age, etc. In strong response to that reality, Kamala models a stance to embrace your individuality and own your difference. As strong as we are, though, (and this sentiment reminds me of Miles Morales in Into the Spider-verse) sometimes we would just like to shrink back and disappear. The events alongside this sentiment are intense. Upon returning to Earth after saving a planet, she learns that her father has a terminal illness and that her parents have had their memory of her superhero identity erased. She gets support from her friends, Bruno and Nakia, as well as counsel from Tony Stark. A villain, Deathbringer, calls Ms. Marvel out, threatening a bus full of people if she doesn’t confront him. This allows us to see Kamala’s new suit in action. I’m going to come out as “Pro-New Suit”. 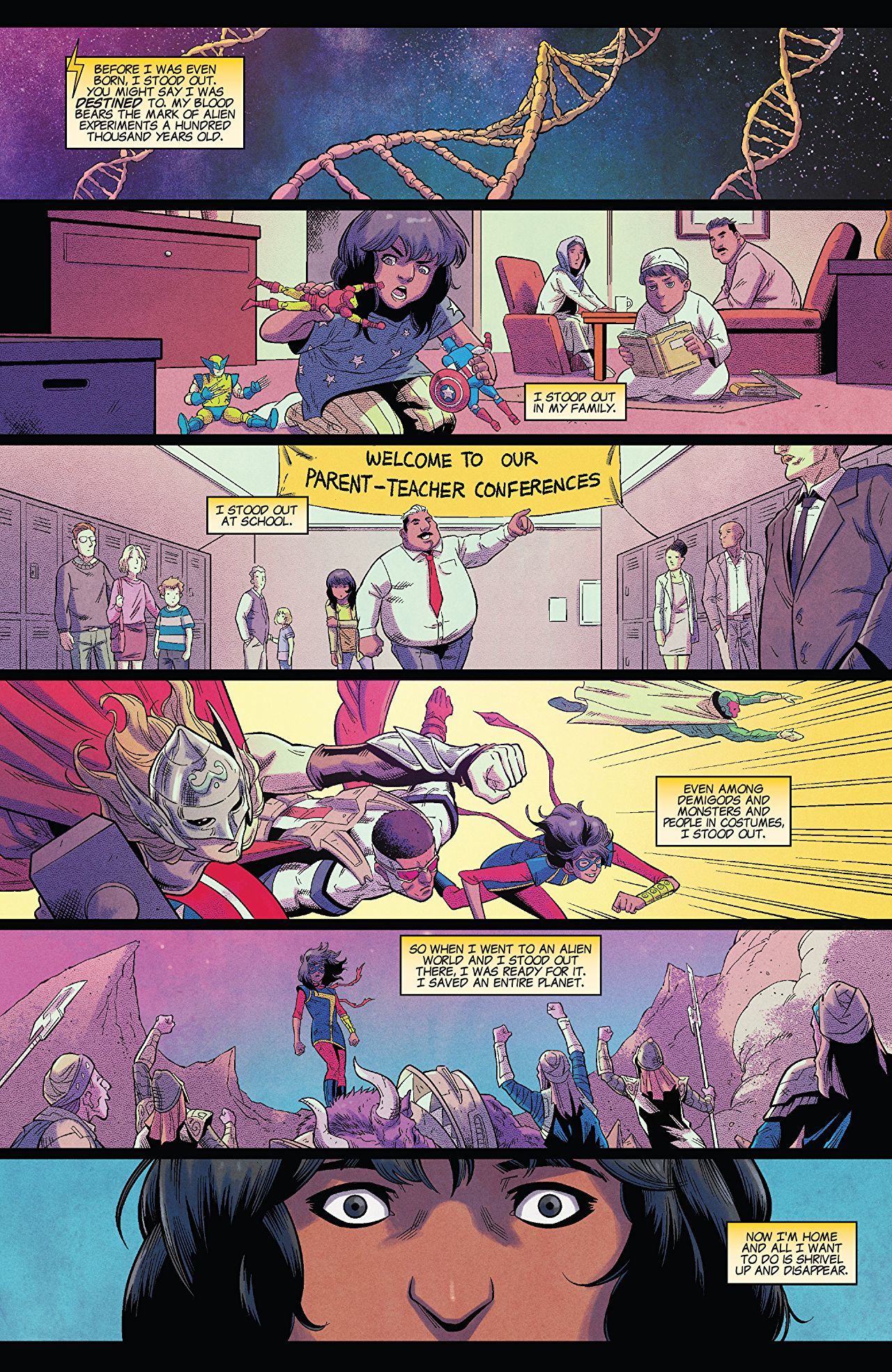 Ahmed and Jung continue to impress me as a creative team. The most compelling part of this story was Abu and Kamala’s strength discussing his condition. Kamala is shaken by the news compounded on her parent’s loss of memory and there is a great couple panels of her composing herself: “That’s not important now, Abu. What can I do for you?” Her father, in turn, stays positive and insists she spends time with her friends: “Live! None of you are allowed to turn this house into a graveyard”. A newer character, I’m genuinely curious whether Abu really will die or be cured and how Ahmed will have either even affect her character. Oh! And don’t think we’re not paying attention to the Spider-Man parallels of her new costume. My antennae are up for any indication of evilness resulting from that conveniently strong outfit.