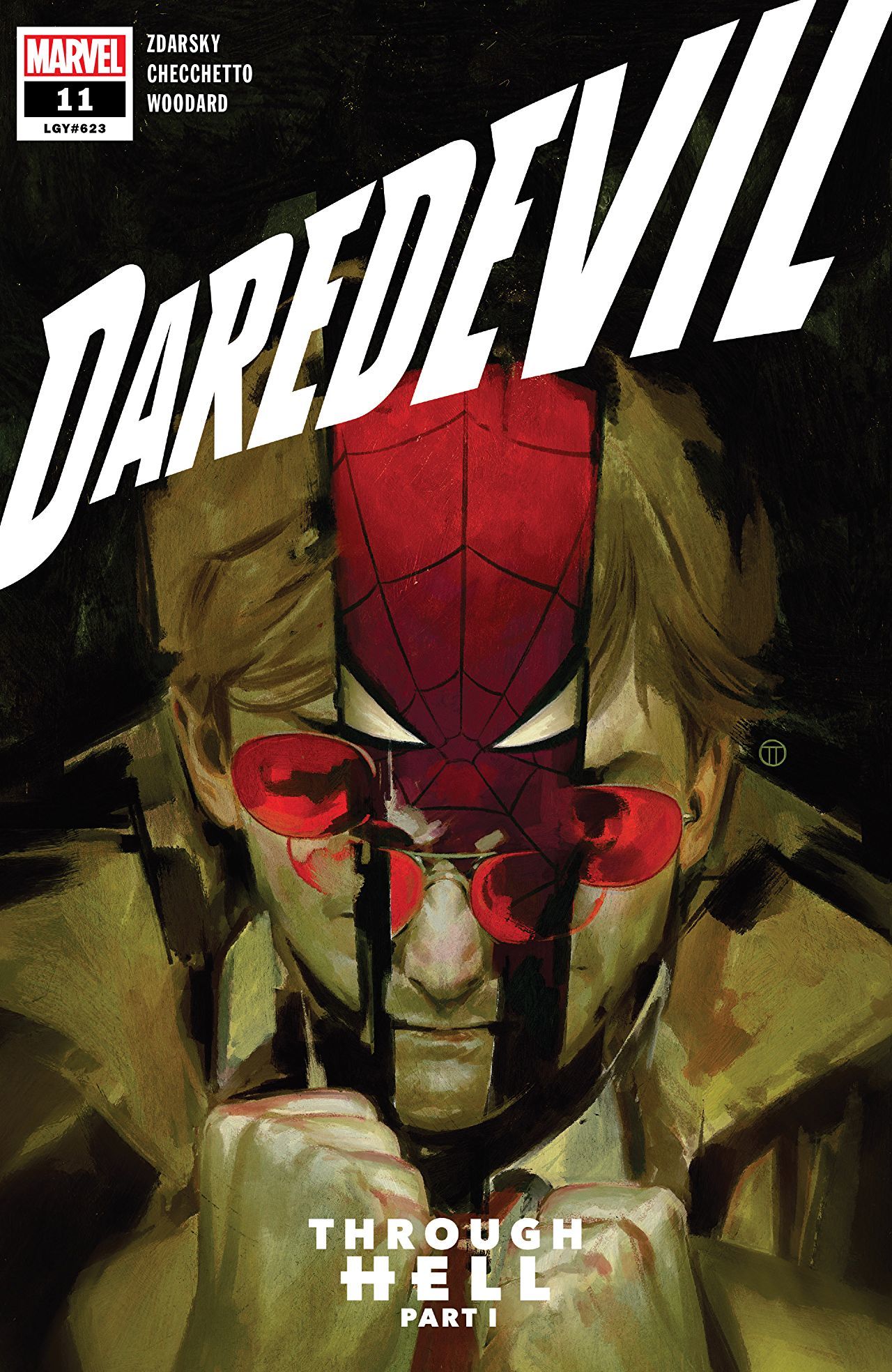 Praise the immortal ghost of Stan “THE GOAT” Lee, Marco Checchetto is BACK! Chip Zdarsky no longer must carry this book through story alone. Not a beat missed, and this book is a straight banger. There’s so much to get to but to summarize: Elektra’s the captain now– I am 100% cosplaying as a Daredevil imitator with a spray-painted symbol–Spider-Man sits Detective Cole’s ass all the way down– the Owl is getting brolic and adultery may not be as awesome as it sounds. This comic is strong in its ability to navigate these disparate threads and not feel muddled. 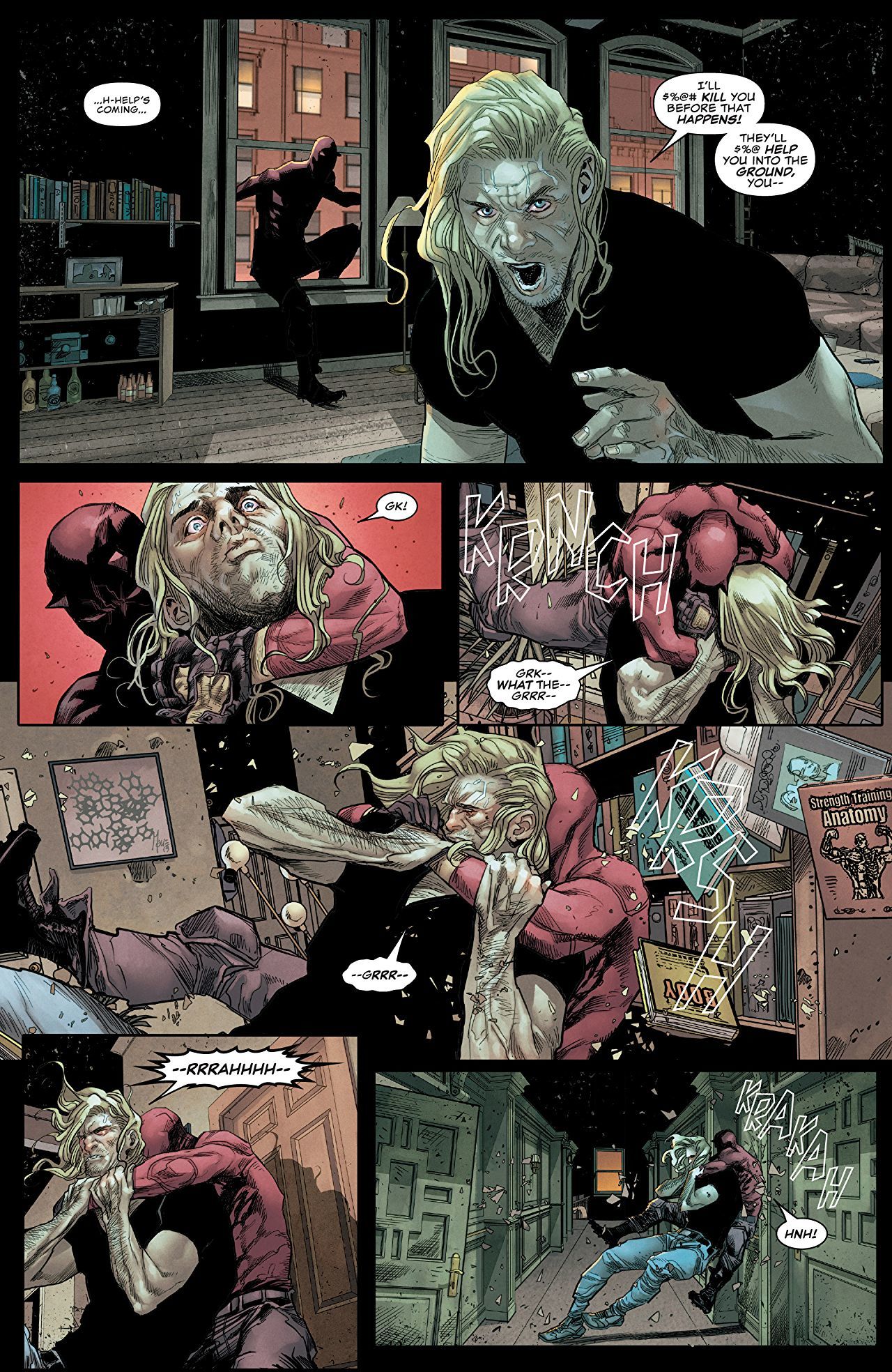 The book starts with one of the Daredevil copycats inspired to bring justice to Hell’s Kitchen. He attempts to save a woman whose abusive boyfriend is going off the rails. Easy right? (It was not easy). The actual Matt Murdock is no longer feeling the zen of his post-Daredevil life. In the process of thwarting a police-sanctioned assassination of Detective Cole, Murdock’s parolee (WHOSE BROTHER HE ACCIDENTALLY MURDERED!!!) probably knows he’s Daredevil. Elektra shows up pretty much just to tell him he ain’t shit no more. Kingpin also seems to be losing control of the crime bosses as the Owl encroaches on the territory of another family. The MVP of the story threads is Spider-Man. As Detective Cole tries to catch Spider-Man with a fake mugging (very unsuccessfully) the webslinger decides to pull a Punisher. He webs Cole on a roof and explains himself and, in turn, the superhero community. 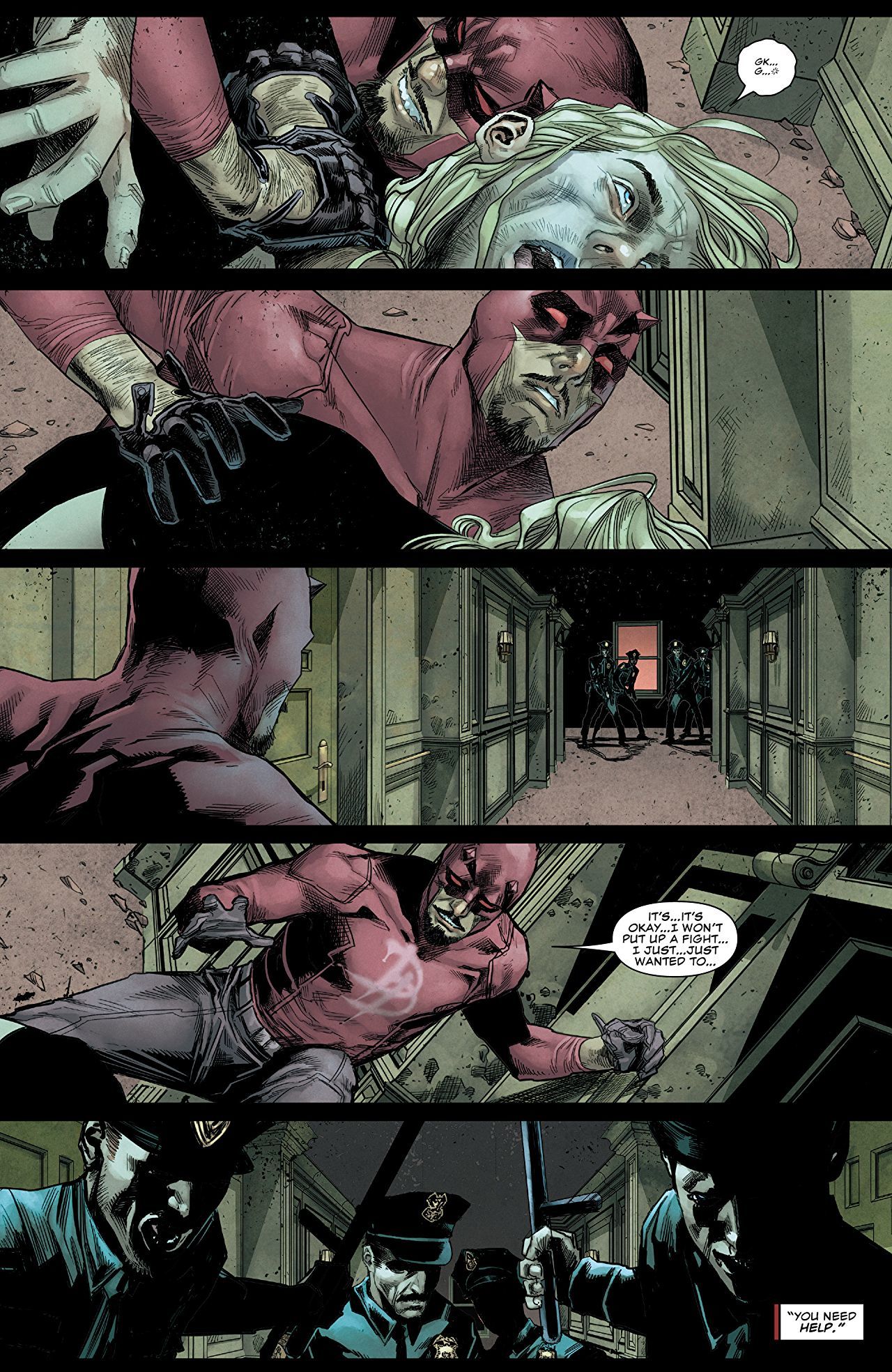 You Can’t Tell Spider-Man Nothing

Spider-Man’s scene culminates why I adore this book. Zdarsky reminds us that he writes a funny ass Spider-Man. He essentially writes a stand-up comedy where Spider-Man treats superhero-ing as an addiction. “This isn’t some sort of intervention, is it? Maybe I’m addicted to saving lives but . . . I’ve got it under control”. Now juxtapose this to the rooftop scene where he gets a lot more serious. He tells Cole that superheroes are indeed above the law and what they are doing is right. Zdarsky’s seamless transition from a comedic to a dramatic writer is truly a work of art. Speaking of works of art, MARCO CHECCHETTO! His art is great but what I missed the most was his backgrounds. Some of his panels have an abstract, opaque backdrop that I adore. Marco, please don’t leave us again.