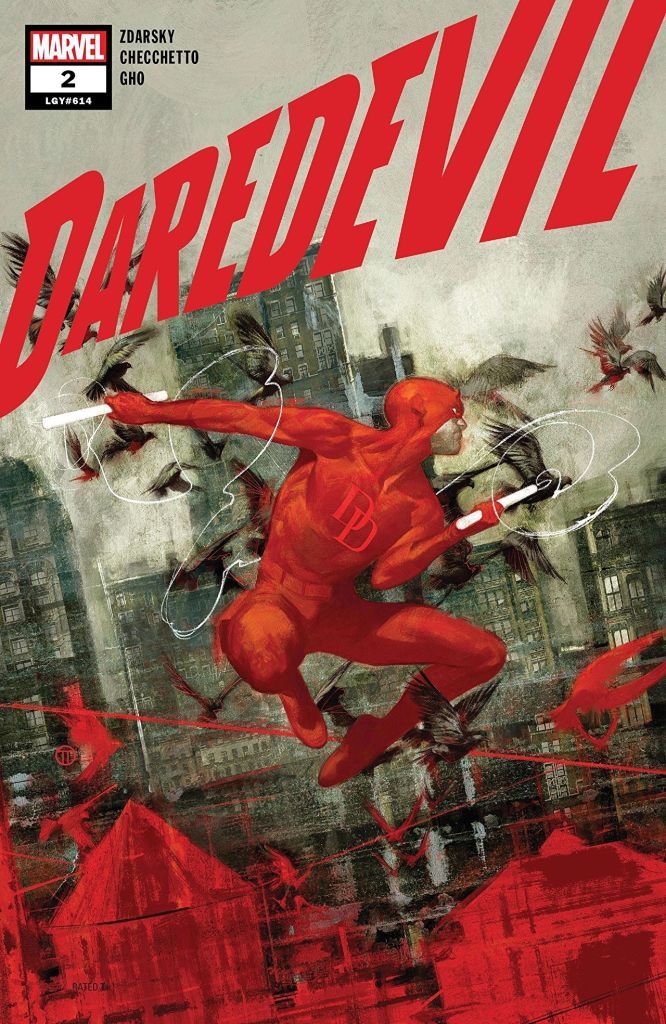 How many times can writers put Daredevil in an existential crisis and torture the dude before we’ve had enough? Turns out, at least one more time. I don’t know whether my memory is just shot from comic saturation or if I have a blind spot for Daredevil (both are probably true) but this comic is enthralling. Zdarsky and Checcetto tell the second part of their “Know Fear” story. After Soule’s finale in “Death of Daredevil,” we’re led to believe that Daredevil knowing fear would largely surround his physical ability to fight crime. In some ways, this is the case but this story centers on our hero’s ability (in magical-seeming comic book fashion) to avoid accidentally killing enemies in countless life-threatening situations. The end of the comic found Murdock narrowly foiling a robbery by three normal-level thugs with one of them dying in the process. 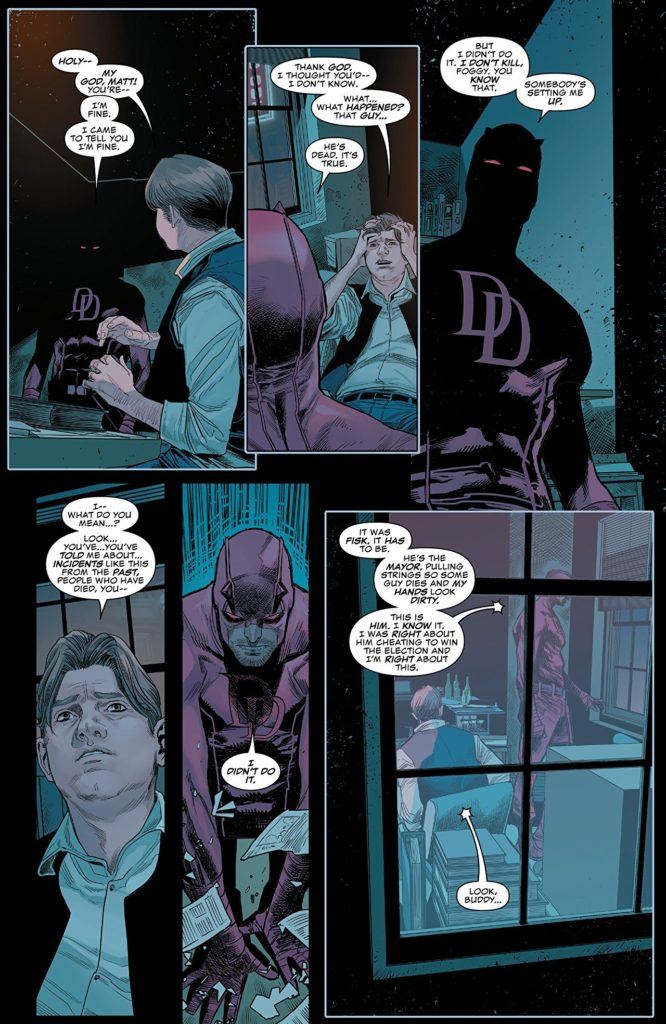 This week, Matt is convinced that there was someone behind this death. Our protagonist couldn’t possibly have neglectfully murdered a criminal, in his mind. That faith is shaken as he confronts and observes a few actors that may have had a hand in his “obvious” framing to no avail. At the same time, we follow the NYPD’s (and the Marvel Universe’s) newest righteous, anti-vigilante detective Cole North. He’s learning the dynamics of the city’s approach to superheroes in the age of a Wilson Fisk administration. He’s determined, though, to exercise his sense of law and order; Daredevil being the object of his ire.

This comic does everything right. The driving storyline has so much potential. If Daredevil turns out to have been guilty of a negligent homicide I would love to see where that takes him. Alternatively, I’ll be so unhappy if it turns out Owlman or Lady Stilt-Man are behind the incident. Watching the already unsteady case for his innocence crumble in his interactions with a doctor familiar with his violent art was straight up pessimistic, tragedy porn. Daredevil and Kingpin have one of my favorite hero-villain relationships in comics but there is something special about a conflict between the virtuous with a difference in philosophy. The two-pronged internal and external obstacles facing Daredevil make for the most compelling story I’ve read this week.

But seriously, if Owlman is a major player in this story I will have words

9 “Strapping, Unavailable Hunks” out of 10