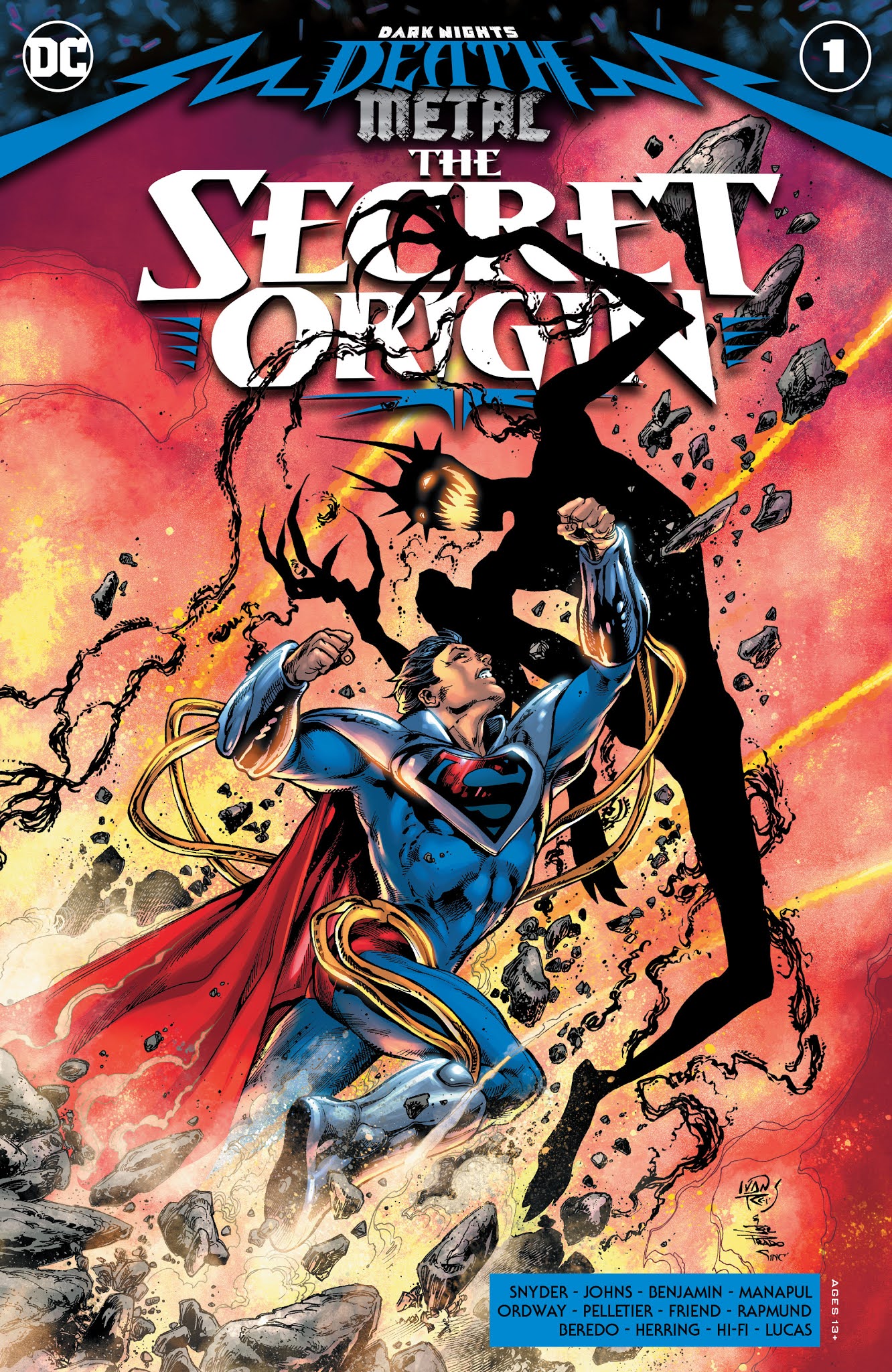 Dark Nights: Death Metal is coming to its end, and brighter days are on the horizon for the newly unified DC Universe.

But until that happens, our heroes are in the thick of one final battle against the Darkest Knight (Final form of The Batman Who Laughs) and his dark multiverse army.

Secret Origin centers Superboy-Prime as he pulls himself up from the trenches and takes on The Darkest Knight himself.

The one-shot gives us a refresher on Superboy-Prime’s origin story, reminding us all what his overall motivations are.

It mainly boils down to two things: his girlfriend Laurie and wanting to be loved and accepted as a hero.

He doesn’t have either of those things, which is what resulted in him throwing a tantrum that rumbled the DC Multiverse back in Crisis on Infinite Earths in 1986, so fighting multiverse spanning conflict is not new to this dude.

This is one of those “by committee” comics, where a team of multiple writers and artists bring the story to life instead of a more traditional team. Books like this can tend to be bloated and incoherent but I don’t think that was the case for this one.

Snyder and Johns are two heavy hitters, but they don’t cancel each other out at all. They have a good writing balance. And the art on the book from the likes of Ordway, Manapul, Benjamin, Friend, Pelletier, and Rapmund, all fit within their respective pages well. Whether it’s a flashback, or an uppercut in the middle of space, each artist brings something to the table that makes their pages feel unique yet inclusive.

This is another tie-in to the main Death Metal story that actually holds quite a bit of weight. It has huge ramifications for the final issue, so I’d say it is necessary to read it before Death Metal #7 comes out. Lucky for us fans, it’s worthy of our time and money.

Superboy-Prime takes center stage in this one-shot that sees him go toe to toe with The Blackest Knight.