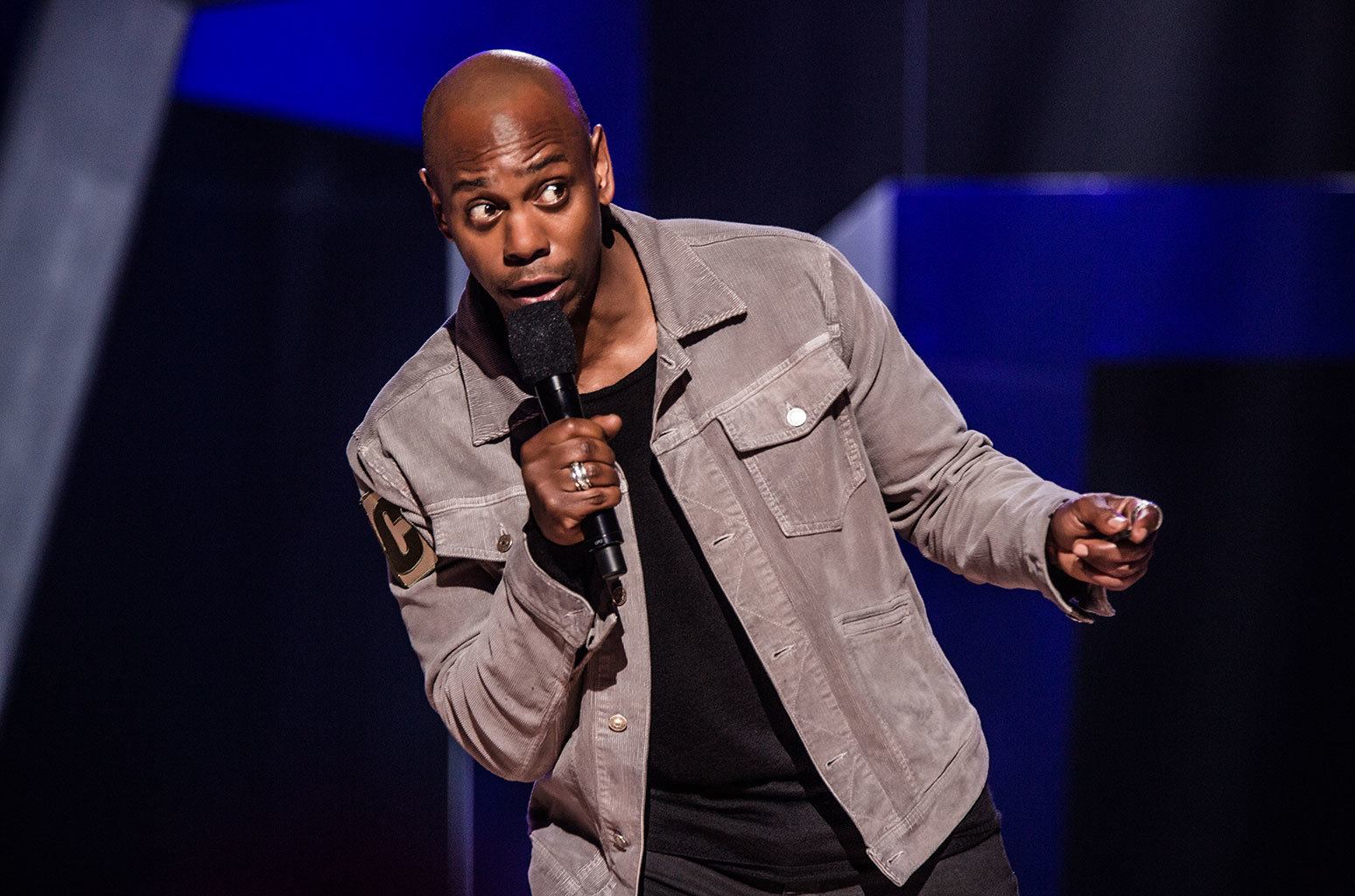 Comedy is a medicine not prescribed to everyone. For me, it is the only medicine – the one that cures all ailments. It is a medicine that can taste delicious to some and god-awful disgusting to others, I mean – I love Tums! Some people think it tastes like chalk. For instance, Chappelle is my hero, these past Netflix specials Equanimity and The Bird Revelation solidified this for me.

He takes us to the depths of absurdity, walks hand in hand with his offensive nature, and speaks on the knowledge and wisdom we can see in it. Equanimity gets into the painful hilarity and terrifying truths about Trump’s reign. “This mothereffer hit North Korea with rap battle threats – ‘fire and fury’ like yo! Yo! what are you doing?!” wishing he had never said to give “Trump a chance” on SNL after the election. The obvious divisiveness of it all, “And don’t believe the media either…The media is trying to make us believe that the extremities are the norm. We can disagree – that’s fine…” At the same time he directly addresses his ignorance in some issues with compassion and lets you know as Deadpool does – that he is nobody’s hero. 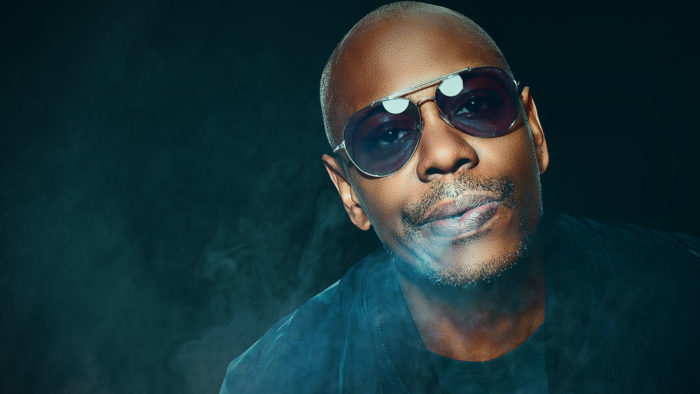 He addressed the sexual assault allegations head-on in a way that is honest and f#*%ing hilarious in The Bird Revelation. I felt so honored to be a woman the way he talked about the atrocities. I don’t want to give spoilers, I’ll just say the connection he makes to a moment of fear and how women must feel at all times is right on time, precise, smart, and I could not help but say – Yea… Yes…True.

He has jokes that I do not like, mainly jokes that are about the trans community. What I notice is he constantly speaks from the “I”, and if I have learned anything in my years of workshop facilitation and “diversity” training, speaking from the I is the most important part. He doesn’t skirt around his experience, he knows that he doesn’t know much at all, but that he believes in the fight. I can see he doesn’t know much because the jokes have a direction, they have a point, but it’s an inexperienced point and direction. As someone who uses comedy to express their feelings, and to understand the world, – I think; how else would Chappelle speak to his experience? He speaks to understand, and mentions that he doesn’t understand at every turn. If I can read between the lines, I see he is talking through his path to understanding. I get discouraged when I hear these jokes because I just wish he was more informed. When I look deeper, I know he can get there and to have Chappelle as an ally is a powerful force. I also understand – Chappelle as an influencer at this stage can have a high price.

This time around in “Equanimity” he makes an allegory that he knows his audience can get behind – addressing the issue with Rachel Dolezal. Yes – there are issues with that, mainly the issue that as a people everyone tries to compare every issue to an issue of race. I am not mad at this at this point, they aren’t the same – it’s easy to see that, but because race is an issue this country never seems to talk about properly, the issue will never get dealt with, in turn making it the only allegory people can get…Sad.

And, “Since when has America given a f#%! about how any of us feel inside” – Chappelle

He addresses that the situation is not the same at all and he can’t believe Rachel, and says, “I don’t understand them either, but I know they mean what they say.” It’s a joke that stings lovingly and in the only way Chapelle knows how. To me, if he isn’t making you into a joke, that means he understands you completely and/or has given up on you and belief in you. Now you may not want his belief, didn’t ask for it and don’t need it if this is the cost and the sting you don’t need. To be real – some people think Tums are disgusting, but it does have relief capabilities.

I am not saying this is all good – like I said the “Tums” didn’t make me feel good after those jokes. Not defending anything or anyone at all – that is also NOT my job. There is a turmoil and pain in this country that inhibits its ability to accept people and maybe they are not ready to be joked about if the person joking is not them.

“Sometimes the funniest thing to say is mean. It’s a tough position to be in, so I say a lot of mean things, but you gotta remember I’m not saying it to be mean, I’m saying it because it’s funny and everything is funny until it happens to you.” – Chappelle, The Bird Revelation

If anyone in his family transitions, his jokes may change. Once he has talked it through and gotten to the crux of his understanding – his jokes will change. Of course, this is his last comedy special so… he’s definitely gonna make us sit in it. – a cruel joke indeed.

He has gripes – ones that are directly connected to the problem that race and racism has never properly been addressed to the necessary extent, never given a chance to be discussed in a way for constant change and equality in life. The way our society reacts to ‘difference’ is directly derived from the foundations of a white supremacist oppressive system beginning with the enslavement of native and black people. Everything comes from this – and if we cannot talk about this – we cannot properly address any of the issues in this country – we have a lot of unlearning to do.

“I did something that many black men in this country do not have the time or money to do, I thought about how I felt – asked myself a very basic question that I don’t think I ever directly contemplated…Man, Dave, if you are writing all of these jokes do you have a problem with transgender people?” and the answer is absolutely not – the [email protected]#% you guys think I am? I don’t understand all the choices that people make, but I do understand that life is hard and those types of choices do not disqualify you from a life with dignity, happiness and safety in it.” – Dave Chappelle, Equanimity.

“I didn’t come here to be right, I came here to fuck around.” – Chappelle, Bird Revelation

For every joke that this man made that stings and makes me feel off – he takes me on a long prophetic journey into the history of this country, its cruel inner twistings, and turnings and makes the most poignant and skilled joke that invigorates me to tell my comedic story without fear, cuz my jokes may be able to save. “You have a responsibility to speak recklessly, otherwise my kids may never know what reckless talk sounds like. The joys of being wrong.” – Chappelle, Bird Revelation.

If we decided to stop listening to every comedian that said something offensive – well the silence would get the last laugh. People like me would never know how to make my medicine and the difference between the medicines that cure and the ones that curse.

And when you hear speeches like his prophetic statement – 20 mins into the Bird Revelation starting with “fear does not make lasting peace” to his compelling story about a book titled “Pimp” that viscerally explains the thought process of capitalists which lends itself as eloquent commentary on how this society has and continues to treat women. Or his revelatory journey into the nuances of Emmett Till’s murder, I remember what I receive from Chappelle, I remember why comedy is my effective medicine. 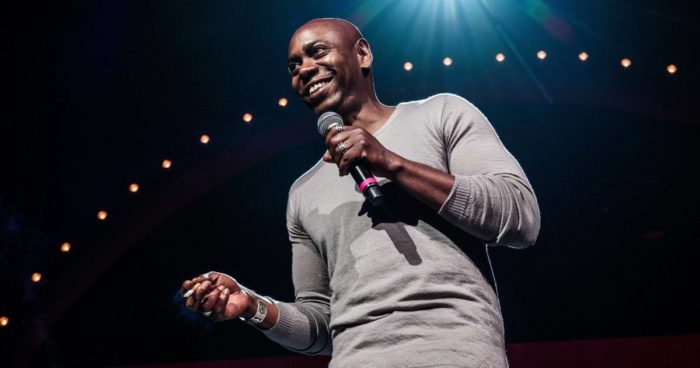 I think it is high time to re-evaluate how we comprehend heroes. Chappelle says, he “doesn’t want to be a hero”, that he just wants heroic moments. He states that heroes live and die uncomfortably. Well, Chappelle… sir – you are my hero. Heroes are living and dying uncomfortably because they not only hold the weight of an entire people on their shoulders but because of that weight, they are beholden to the way they ‘look’ in the public eye. That their goal is much greater than their struggle and those who look up to them should never know that they even have a dark side. Today we watch our moguls, our heroes, our beloved founders of cultures we were raised in, be exposed for their transgressions, every terrible bit brought to light.

A hero like Chappelle is the one I need. The one I know isn’t perfect, the one I could find some terrible shit out about later and laugh because – he said it was coming. The one that gives me unbelievable gems that ignite fires inside me – makes me realize I am not crazy for thinking the world is insane and that it is hilarious. One that is not afraid of hurting me because he believes I can take it – and at the same time one that doesn’t really give a fu#% if it hurts cuz the world seems to always hurt – so why don’t we laugh sometimes.

Is he a universal hero? Absolutely not. If you hate me for liking him – just know I’m looking to a future of comedy – I take what I truly need from Chappelle and use it to strengthen myself, learn to be a better ally, be educated – because I want to make sharp laughter through true pain. I want to make medicine that heals me, and that I hope can heal others. He may not be a universal hero, but his comedy can save.