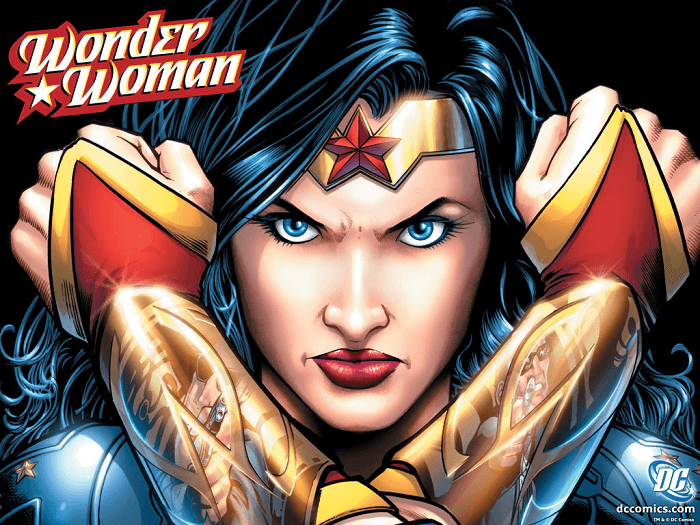 As the creative team on the current run of Wonder Woman nears a close, the married writing team of Meredith (the writer) and David (the illustrator) Finch have been announced to take over at issue #36 (or in about 4 months). Somehow, miraculously, Mr Finch (the one NOT scripting the story) left a little nugget in the last words of their first interview with CBR:

“We want her to be a strong— I don’t want to say feminist, but a strong character. Beautiful and strong.”

As you might imagine, everyone flipped out because he called her “beautiful” and we all know that the standards of beauty are changing and not all so called “beautiful” women look like Diana Prince…yeah, I’m bullshittin’, it was the feminist part. I’d love to say I get what David was trying to say, but then he defended himself by saying:

“I wasn’t saying Wonder Woman is not for being equal, and therefore a feminist. I just want her to be a human being, fallible and real.”

LAWD…David, welcome to the all too frequent club of giving yourself more golden lasso of truth to hang yourself with. I had no idea that all those women I met who called themselves feminist were actually subversive aliens that had infiltrated our society and just happened to look like women. Like Skrulls, David, you thought feminists were Skrulls! Except that’s Marvel, not DC…you know what, never mind.

I do imagine that David isn’t intending to insult feminists or that he has some subconscious disdain for feminists. I just think he has no idea what a feminist is. He’s like the guy from Princess Bride that keeps saying inconceivable in its wrong context and none of us have enough Inigo Montoya in us to tell him that the word doesn’t mean what he thinks it means. He’s trying to tell us he doesn’t want Wonder Woman to be a rage infused and hormonal woman that goes around castrating newborn males named Clark. He’s trying to tell us that he wants Wonder Woman to be an empowered individual who is strong physically and mentally with a capacity to love all things while believing in an even handed justice for all, no matter your race or gender or placement in life. He wants us to know that Wonder Woman is going to be a feminist. He just hadn’t learned the word for that yet. Regardless of his intent, I’m a Wonder Woman lifer, so as long as David doesn’t draw her like an adult film actress, I’ll be tuned in. But let’s be honest, aren’t we all glad that Meredith is the one writing her?