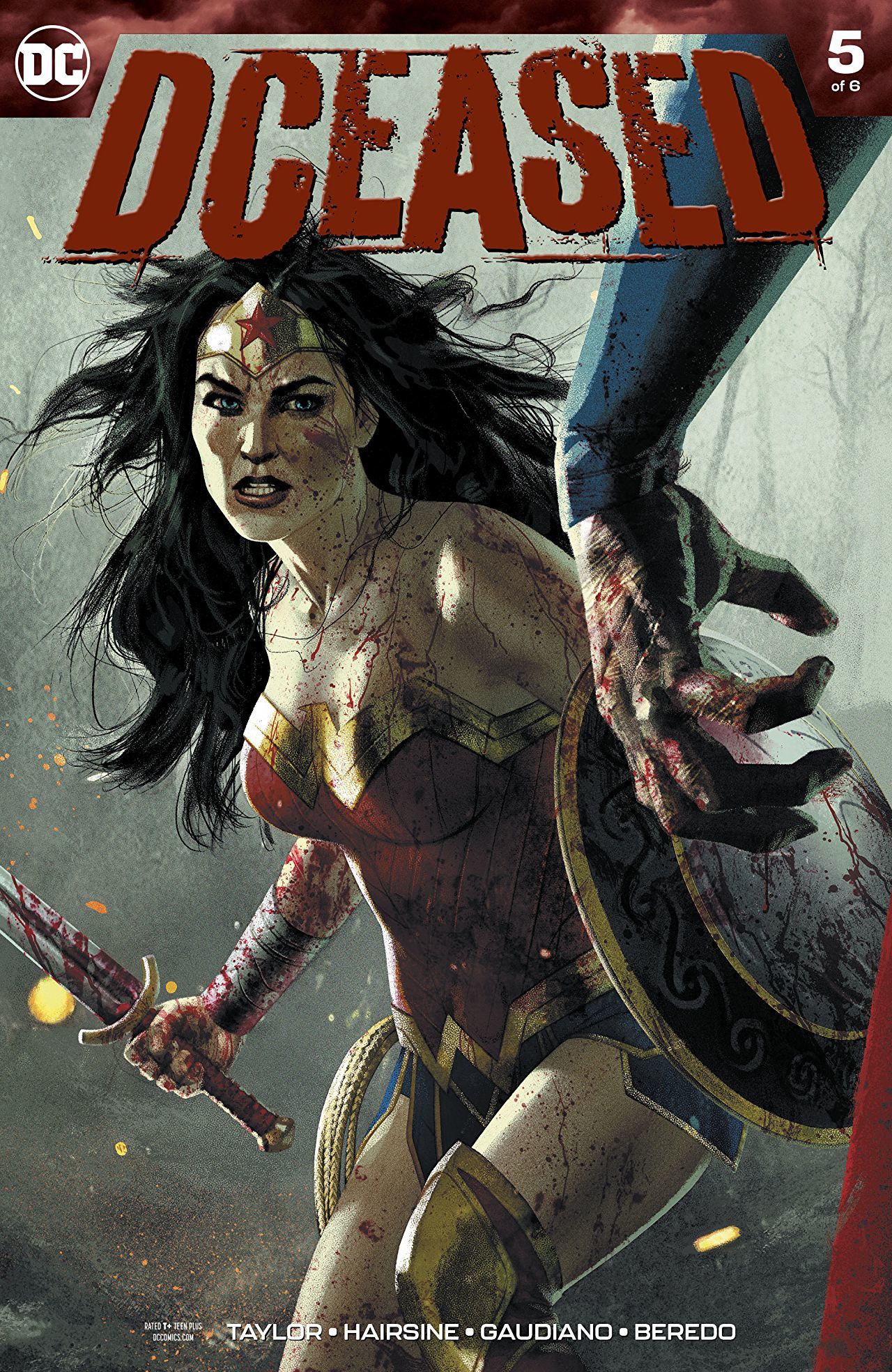 Man, listen. I’m not usually one to be so vulgar at the start of a review, but goddamnit, Tom Taylor really likes fucking with our emotions. In the penultimate issue of the DCeased main line story, we’re treated to the start of a reconstruction story arc. This is a classic move in most apocalyptic fiction where, after the source of all of the madness has been dealt with, the world eventually has to rebuild. Taylor does such a good job of providing these modicums of hope in this bleak universe.

DCeased #5 picks up near immediately from the events of DCeased #4 which literally ended in what I originally thought was going to be an Earth-destroying explosion. Instead, it only ended up being a three-city explosion, but still, you felt the weight of the destruction and the price the heroes had to pay to stop the technovirus. We’re trickle-fed signs that things have a chance to get better. There were some survivors. Villains are repenting after seeing what true, unadulterated evil is capable of. Old rules are broken so that a new world order can be created from the ruins. There’s an underlying optimism that Taylor just makes you buy into. And then of course, you remember Taylor is still writing the book, but I’ll let you experience that journey. 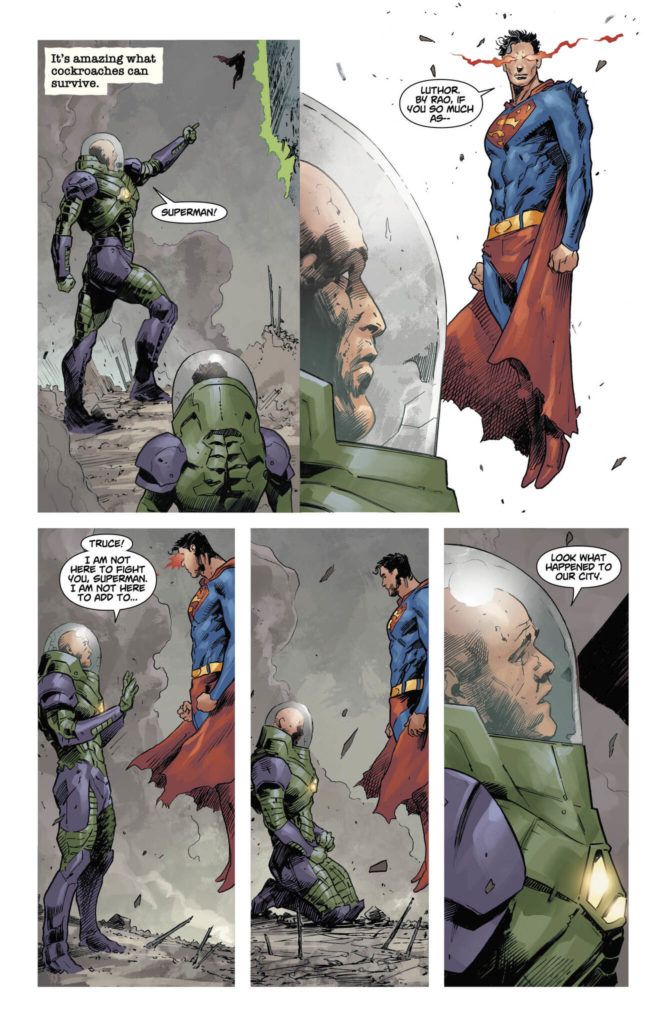 Furthermore, the art is just as impeccable as the writing. Harisine, Gaudiano, and Beredo masterfully craft panels in composition, scale, and tone. Every page is stunning and haunting in the best way possible, and shows a complete mastery of visual storytelling. Landscapes, facial expressions, contrast: every single artistic element captures the exact mixture of emotions that Taylor’s conveying with the narrative. It’s a tour de force that I’m still not believing came from a not-quite zombie story. Even the lettering provided by Temofonte deserves a mention, with the dialog and narration having subtle differences that continue to amplify the weight of the story.

DCeased is so good. It’s heartbreaking and even it’s most optimistic moments, dark as fuck. But it’s such an engaging comic. It’s such a unique comic. It has taken the superhero and zombie frameworks and welded them together to create an entirely different monstrosity that I really hope you’re reading. Or barring that, I really hope you buy the trade because this one is going to be remembered as a seminal work in a few years, mark my words. I don’t think I’m ready for the conclusion next issue, but I am waiting with baited breath.