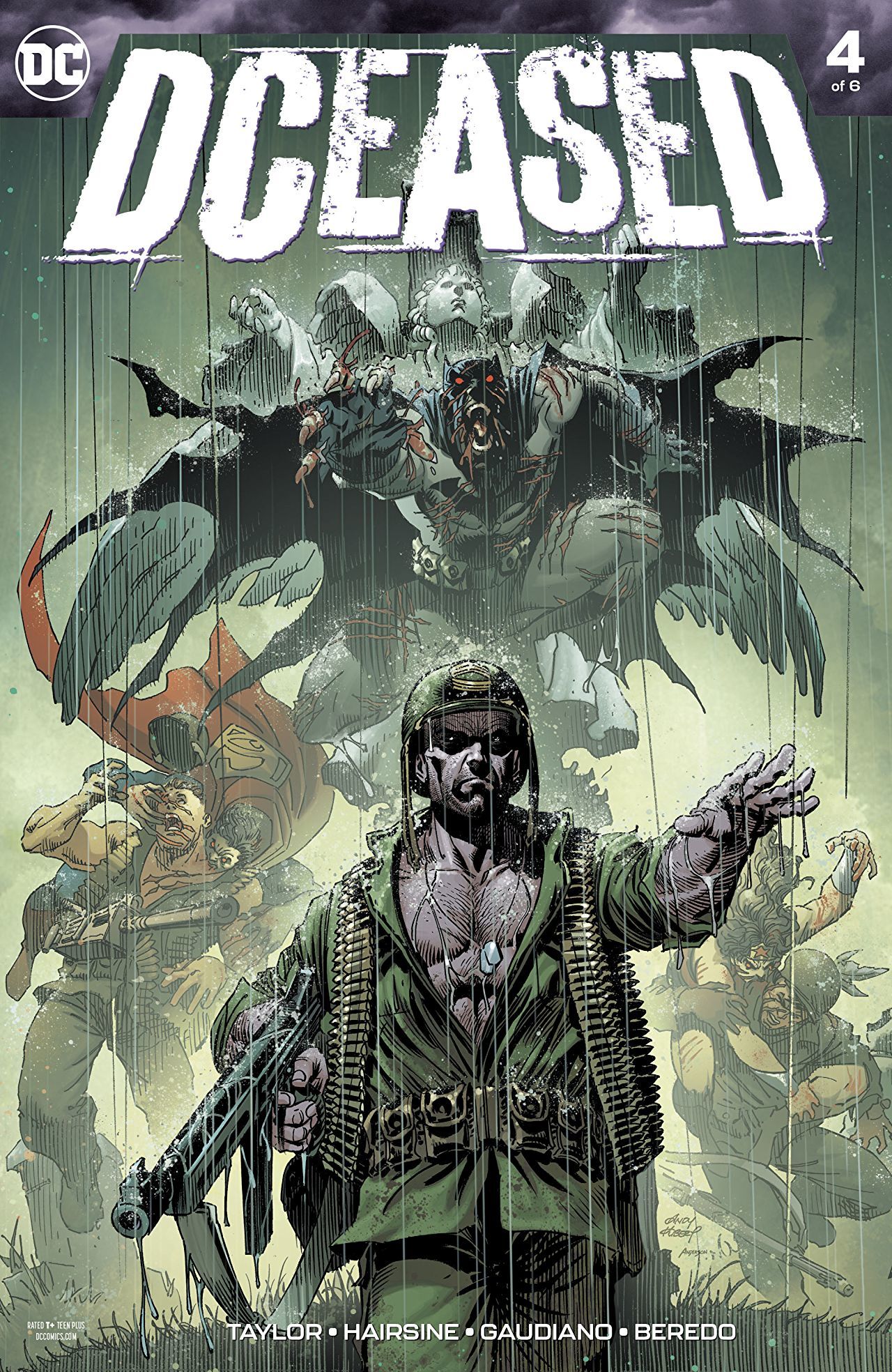 Tom Taylor is hellbent on making sure his stories escalate faster than the reader’s expectations. I had to check several times that there were still two more issues to come, because we’re only two thirds through the story and yet so much happens that I felt the shock and awe grow on my face. DCeased had all the trapping of a zombie story, sans actual zombies, but is quick to remind us that this is a straight apocalyptic story that just happens to have a viral infection that prompted the end; however, I won’t say more than that.

What I will say is that Taylor’s writing does two things incredibly well: 1) creates a somber narration that slowly eases us into the unsettling reality and truth of this horrific alternate timeline and 2) manages to capture the increasingly complex emotional reactions of all of our favorite DC heroes perfectly. The events that happen in DCeased are tragic and so far outside the scope of the usual stakes, yet all of the dialog and responses make perfect sense. It’s inspiring to see how Jon and Damian deal with their respective losses from the previous issues, and the steadfast resolve of the Justice League to do whatever they can as the world falls around them. Furthermore, DCeased handles its internal rules incredibly well, addressing potential plot holes and showcasing how terrifying an Anti-Life Malware would be in the DC universe. 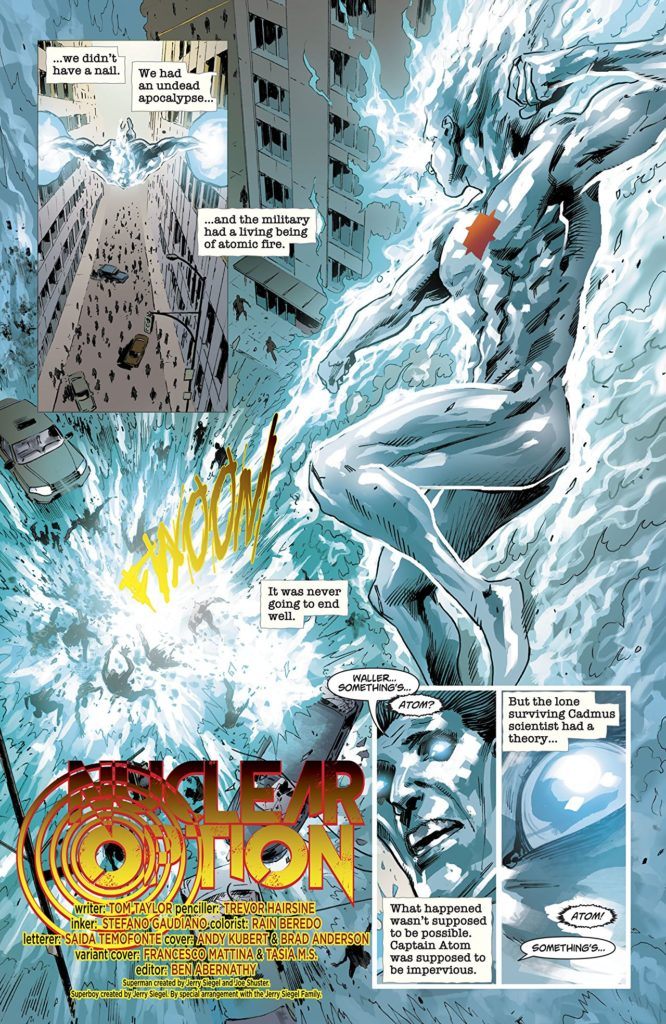 The artwork gives several iconic images, and the combined efforts of Hairsine, Gaudiano, and Beredo should not go unnoticed. The visual spectacle of DCeased is easily half of its appeal, and the action and quiet moments deliver repeated punches to gut in the best possible way. And as dark as the overall tone of the story is, there is still a vibrancy as the characters fight for their lives. There’s a sullen beauty to be found on each page, and the end result is unlike any other DC story to come before it.

If you’re even a little invested in the DC canon, you owe it to yourself to read DCeased. In four issues, it has already shown a deep understanding of the characters and ideologies of the universe, and I cannot fathom what Taylor has in store for the conclusion and that’s incredibly exciting.