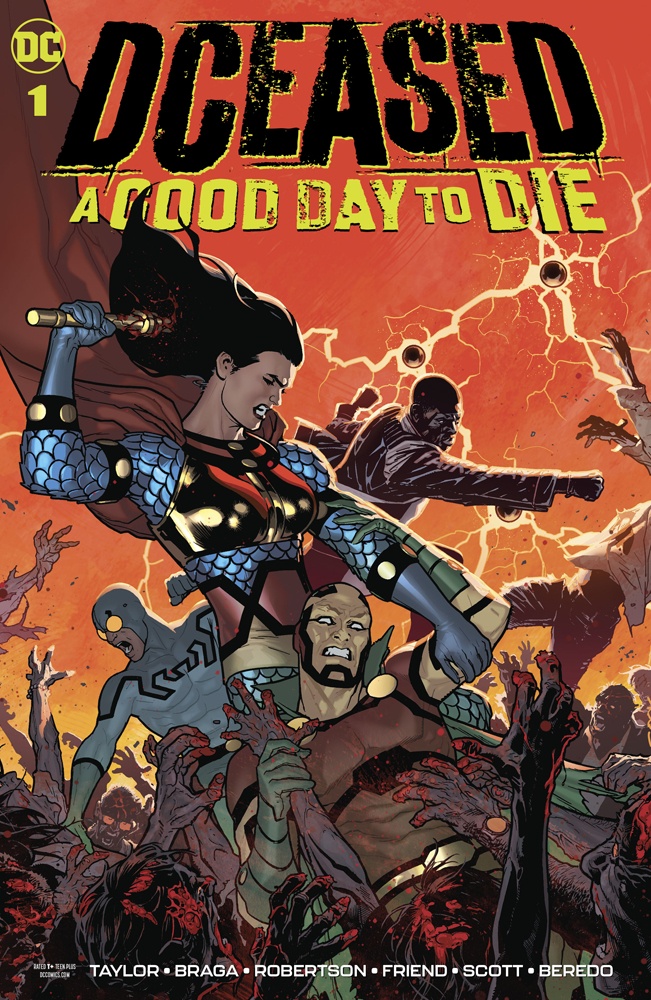 Tom Taylor is out here killing gods, heroes, villains, an incalculable number of civilians, expectations, and the general comic book game. Unburdened by continuity and solely focused on taking a wild premise and constantly evolving its devastating impact on the DC Universe, Taylor already created a stellar, successful series in the form of DCeased. But DCeased is so great that it can’t be contained to its original six issue mini-series order. Nah, we’re lucky enough to be graced with a spin off: DCeased: A Good Day to Die #1.

Where as DCeased focused on a lot of the bigger names in the DC Universe, DCeased: A Good Day to Die pivots to focus on some fan favorites who have recently been catapulted into the spot light: Mister Miracle, Big Barda, Mr. Terrific, Blue Beetle, Booster Gold, and John Constantine. Furthermore, A Good to Die deals less with the far-reaching ramifications of the virus’s effect on civilization and more on trying to find an ultimate solution to the Anti-Life infestation. It’s an intriguing side story that follows an entirely different track than its parent series, but (pardon the pun) fleshes out the narrative in meaningful ways. Given how the vector of the infection originated from Darkseid, it’s fitting to spend some time with Mister Miracle and Big Barda as they slowly rally other heroes. Taylor is capable of blending the best elements of various characters, mimicking and tinkering the traits and characterizations of previous authors. This ultimately produces a new result that fits into his altered version. The dialog is surprisingly funny at just the right time, while still retaining dramatic tension at all the critical points. The extended length of the issue gives Taylor enough time to breathe and set up all of his pieces, keeping his signature bombastic style of story telling. The stakes and circumstances constantly change — aspects of what made DCeased so remarkable — and the twists are evident in spades here. 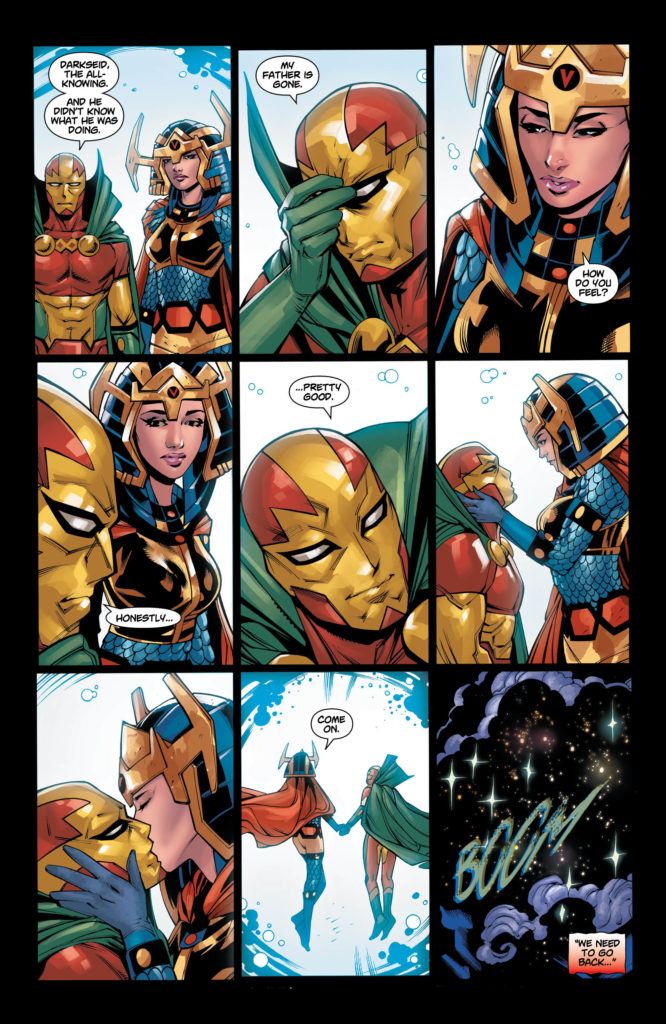 However, the strength of DCeased: A Good Day to Die is not just from the text. The visual components of the story are equally impressive and successfully actualize the dark vision that is the DCeased iteration of the DC Universe. Braga and Robertson’s shared duty on pencils gives the issue a depth of personality and changing styles, where the additional inking talents of Friend and Scott with Beredo’s colors, unify the issue with a unique flair that makes each page a delight to parse. The panels are vibrant and vicious, and it lives up to the standard of the mainline series.

I can not oversell how good this book actually is. DCeased: A Good Day to Die #1 distinguishes itself from its parent series with a widely different cast and intended narrative goals. Taylor has crafted a wonderful sandbox that the artists use to full effect, and the end product is one of the finest stories you could be reading right now. Don’t sleep on DCeased or DCeased: A Good Day to Die. They really are too good to pass up.