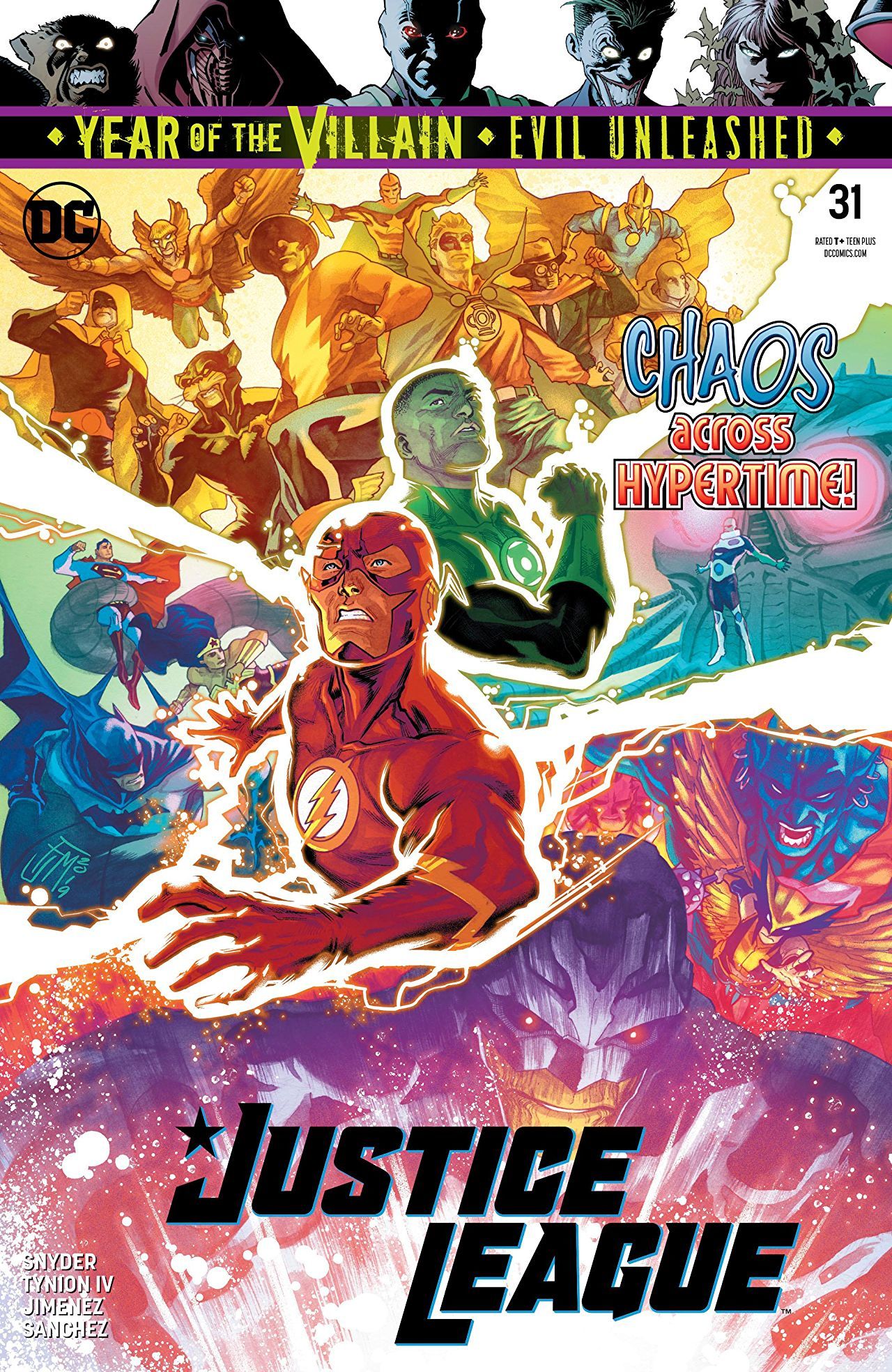 Justice League #31 has the team split up in the past, present, and future as they look for pieces of the Totality that broke apart across the time stream. These pieces are one of the major keys to stopping Apex Lex and changing the tide of this war before things become irreversible.

But our heroes are stranded in their respective times, and they don’t have Starman, the mastermind of this meticulous plan, to guide them in the right direction.

In true Brave & The Bold fashion, Flash and Green Lantern team up in the past as they’re dropped right into the center of the Justice Society’s HQ. This is an exciting moment for fans, as we haven’t seen the Society since the Rebirth relaunch. It’s got all the OGs. From Jay Garrick’s Flash to Alan Scott’s Green Lantern, all the way to Hour-Man and Wild Cat. A level of conflict resides in the fact that our two Leaguers have never heard of the Justice Society. So both hero groups have to figure out if everyone in the room is on the same page, even if we know that they are. I’m excited to see how Snyder & Co. explain where the Justice Society has been so far.

The holy DC Trinity was sent to the future where Kamandi and his animalistic brethren fight some Lex Brainiac powered bots that remind me a lot of Sentinels. Their mission is interrupted as they find out that the piece of the Totality that they’re looking for is on another Earth. 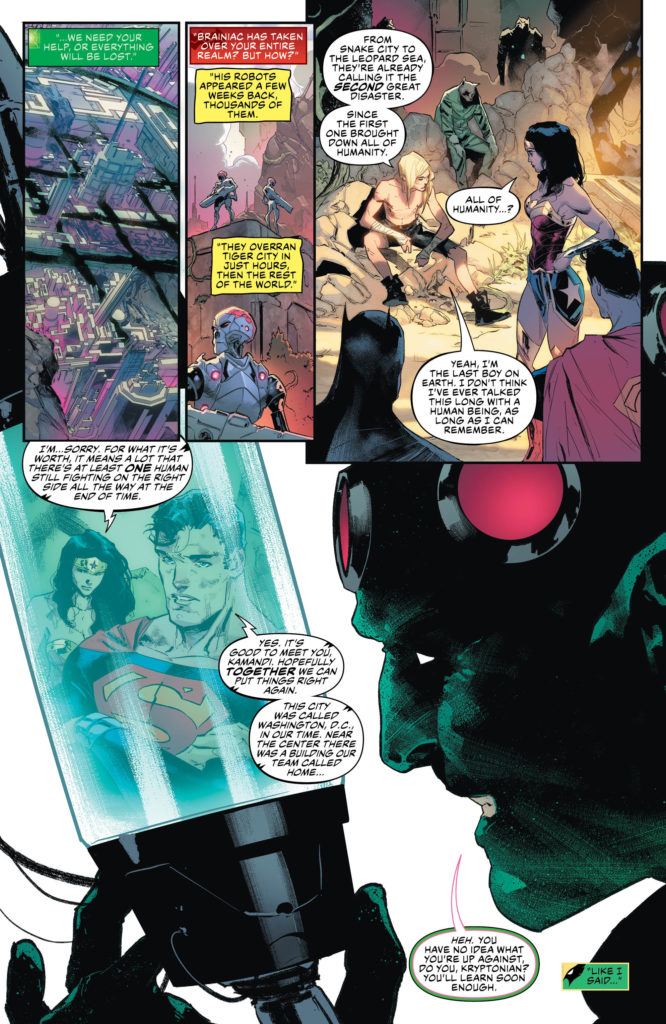 In the present, we join Starman, Hawkgirl, and Shayne, as they hold down the fort and try to salvage the plan with other deputized heroes of the DC Universe. It’s quickly explained that the pieces of the Totality that the two teams are gathering from across time, are to be forged into a weapon by the World Forger and his brother Monitor. They then need to convince their brother the Anti-Monitor to join them in their battle against their mother Perpetua.

But there’s a problem with that. Perpetua and Apex Lex are on their way to the Anti-Monitor as well to try and recruit him to their cause. It seems like the fate of everything might rest entirely on his shoulders and what he decides to do.

We get to see Jimenez stretch his talent a lot this issue. He gets to draw so many characters for the first time and it’s a joy to see. I love his interpretation of the Justice Society. He really knows how to capture that wholesome aesthetic that’s at the heart of anything from the 40s. These characters feel very at home in his hands.

All in all, this was a fantastic issue filled to the brim with a plethora of things that make comics great. Splitting the teams up has given them the chance to breathe a bit and convey more of their characteristics in a broader sense. Sometimes it’s hard for anyone to stand out when you’ve got all 7 members of the team on every page. My favorite moments this issue were without a doubt Flash and GL interacting with the Justice Society. All those characters hold so much weight on the page in terms of their stature. And seeing the parallels of our current heroes with these past ones makes for a very compelling read. Seeing them meet for what is this version of the first time was a lot of fun.