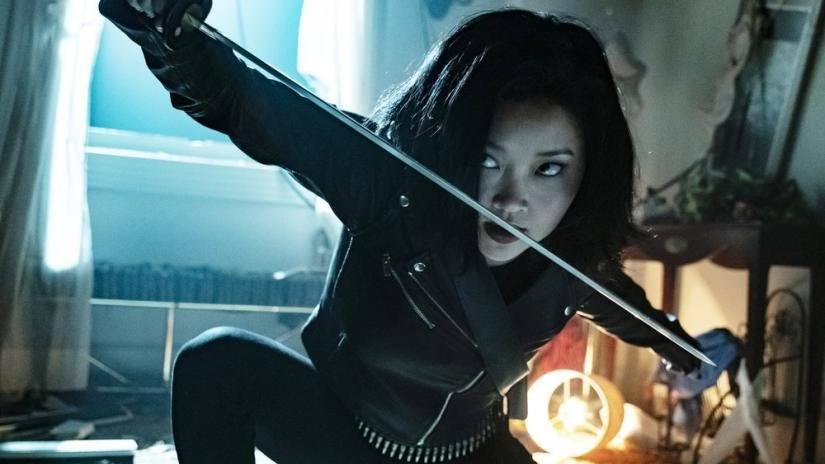 We got a wild season finale recap for the streets fam. Maria and Saya have gone from warring clan enemies, to besties to loathing enemies once again. Master Lin and his daughter go through the most traumatic bonding experience of all time. Gao continues to use and abuse Shabnam and Marcus and the Murder Inc. squad prepare to raid Chester’s hideout and blow that bad boy to smithereens.

Master Lin opens up the episode again this week and it’s straight carnage in them San Francisco streets. Lin got Chinese food chefs coming out to pop off on the cartel assassins chasing in. It’s meat cleavers and blood splatter everywhere until El Alma del Diablo’s right hand killa mows ayebody down with ease.

The crew is scoping out Shabnams crib but there’s no movement inside so Maria scopes out the backyard and realizes there’s booby traps everywhere. They debate how dangerous it is and Marcus used his slick tongue to convince them to” take down a rabid animal”.

Kick in the Door, Waving the Four-Four

They got the plan down pat. Cats in the back lighting off fireworks as a distraction, Saya on the roof getting ready to hop onto the second floor, and Lex and Marcus blowing the hinges off the front door. Uhhh only problem is the rednecks ain’t nowhere to be found.

Saya busts through the window, sword drawn like a fuckin G! The Bride would be jealous of Saya’s impeccable shinobi skills.

The hillbillies get the drop on the team but Marcus starts going Barry Bonds on mufuckas with the spiked bat. Saya’s attacked by a coked up hillbilly with the power of 3 women and skill that is beyond belief. She got Saya yolked up and when our girl tries to slice and dice, she flips the script and is about to cut Saya’s throat with her own blade. Maria is watching in the window and with venom in her eyes is like, “You fucked him DIDN’T YOU!” (nice call back to the comic). Ya boy got shivers. Dynamite goes off and Saya gets out of her grasp and delivers the fade.

Petra and Billy hiding in the cut waiting to blow the back door off, talking about death and wanting to be with the only people they care about. Billy makes his move and as soon as they’re about to kiss, Marcus makes the C4 call, interrupting the inevitable.

Lex and Marcus are trapped behind a fridge, and bait Fuckface’s homie to come back there to finish them off. A Dynamite stick goes off and homebody becomes ground beef taco meat. As much as I love this show, it was completely ridiculous that they survived that Dynamite explosion by hiding inside a fridge.

Maria and Saya immediately go at each other’s throats! Saya jumping off walls and slashing at her former friend, making Jackie Chan proud as hell. Maria too nice with that sharpened Kitana fan and opens up Saya’s face real good. They go hard, off Saya’s betrayal, until Granny Goodness and Kane’s cousin pull up with pitch forks and crazy eyes talmbout “You don’t belong here”.

Big and ugly talkin shit in a Shakespearean tongue before he tosses Saya dam near off the balcony and turns his eyes on Maria. He almost kills her until Saya comes in with the Mariano Rivera save. Of Mice and Men’s Lennie just gets more angry and starts tossing haymakers and is once again bout to murder of our our main ladies when Billy comes through with the blow darts thinking it would stop the ogre but it just pissed them off even more.

I Ain’t a Killer But Dont Push Me

Petra come outta left with the Roger Clemens heat, when she throws what must have been a bottle of acid into the face of that big doofus and it eats his skin away a la Harvey Dent.

Ayebody was dam near dead this episode cuz Lex was bout to become a corpse when Billy popped up on homie like a Jack in the Box up and chokes out Lex’s attacker with a spiked chain. Lex, Billy and Petra make a run for it, while Saya and Maria hash it out. Saya calls all of them “ticks” draining her and seemingly swears off the misfits aka Murder Inc aka her family (as of the start of this ep) and bounces on Maria who hobbles behind her in desperation.

Meanwhile, Lin still on the run, no HOV and Bey. He out here giving Nahia A Quiet Place tips on survival. Benedict Wong’s Master Lin hopped out the closet and put the beats on Diablo’s boy once he turns his back to kill some dude playing possum. Of course, this guy, who’s name is apparently Holy Ghost?!? turns into Charmeleon and deadass hits Lin with a oral flamethrower! Lin bout to get murked when baby girl comes from under the ring and wrecks dude with a 2×4 to the back of the head! Lin tosses him down the steps and breezes on em. Diablo scoops up his mans and is outta there.

After splitting up from Lex, Chester Fuckface Wilson captures Marcus and puts him on his hilarious dream talk show with the old punk rock loving dude, Shandy. Chester’s putting on a good show talking about monsters, creatures and how society breeds them. He makes Marcus admit he didn’t kill all the boys in the orphanage so that he can take credit and become the infamous serial killer he covets so much. Then Marcus starts spitting bars about pain, sadness and rage which stalls Fuckface from killing him and gets on his good side.

Chester says Marcus was his first friend, until he breezed on him and took the killer cred. He offers Chester a spot at King’s Dominion and he starts to get down with the cause until Marcus cracks in the head with a brick and runs. Chester catches him and starts beating the daylights out of that boy until Marcus opens up the cage of a dog that Fuckface has been fucking and that K9 had vengeance on his mind! The dog starts ripping the demented boy to shreds and my GAWD was it gruesome. Sansa would be proud.

Master Lin stumbles back home with his baby girl and collapses on the floor in a pool of his own blood when Gao comes out the back room on some final boss shit talkin about “you fail”. She promises to bring his daughter to the same temple that she wasn’t ready for as a young girl.

In our climactic finish, Marcus and Maria run into each other, Maria calls off their twisted relatonship and Marcus tells her he loves her. She quickly claps back, telling him that the least he could do after all they been through was not lie to her. They walk out together, and run right into the clutches of Diablo and the Cartel homies while holding his son’s head in his hands. Lex scurries out asking what they’re doing standing around and to get away before the house and Holy Ghosts sends that boy to the pearly gates before he could say another word! 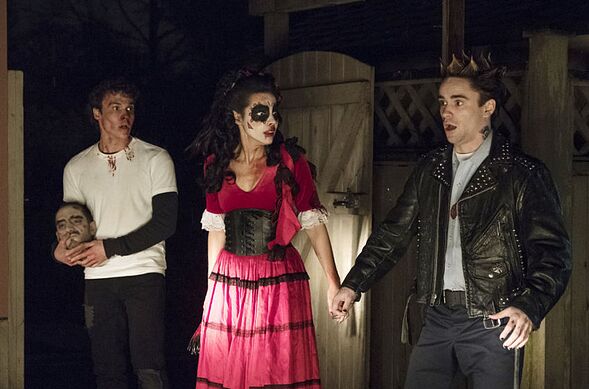