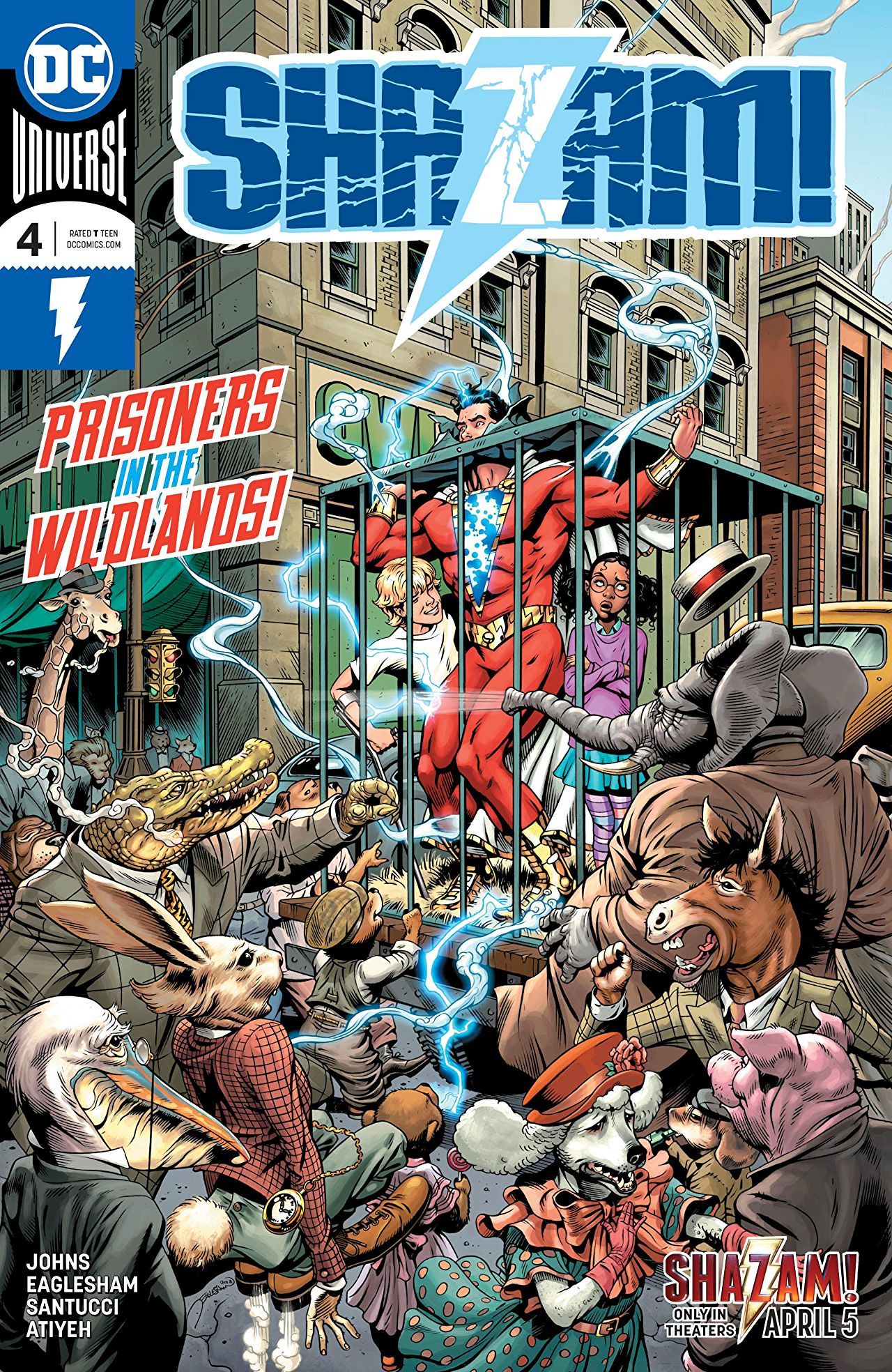 When I tell you this was one of the most fun issues I’ve read in 2019, I mean every word! (While issues 1-3 each had something fantastic about them) Shazam #4 finally gets to flex everything great about this Geoff Johns book. Each member of the Shazam family has a unique personality, and they’re all on display during this tantalizing arc. Our alleged 7th member of the family turned maniacal villain, King Kid, went from Robb to Joffrey levels of evil with the quickness. Normally, I’d roll my eyes at the young dictator but the reasoning for his undying hatred for adults has me genuinely invested.

Yo, the ulterior motives having, maybe villainous description, I gave King Kid last issue pales in comparison to the level of fuckery he is perpetuating in “The Below” level of the Funlands. I’m talkin Soylent Green type shit. And he’s written so well that you can’t even fully hate on the diabolical overlord. Remember the tragic backstory we had to give him the benefit of the doubt on? Yeah, one does that because you never want to invalidate someone’s trauma, and it’s a good thing too, cuz that boy uses his abused past to fuel his hatred of adults. It’s a dangerous route to take as a writer but impressive when pulled off properly. 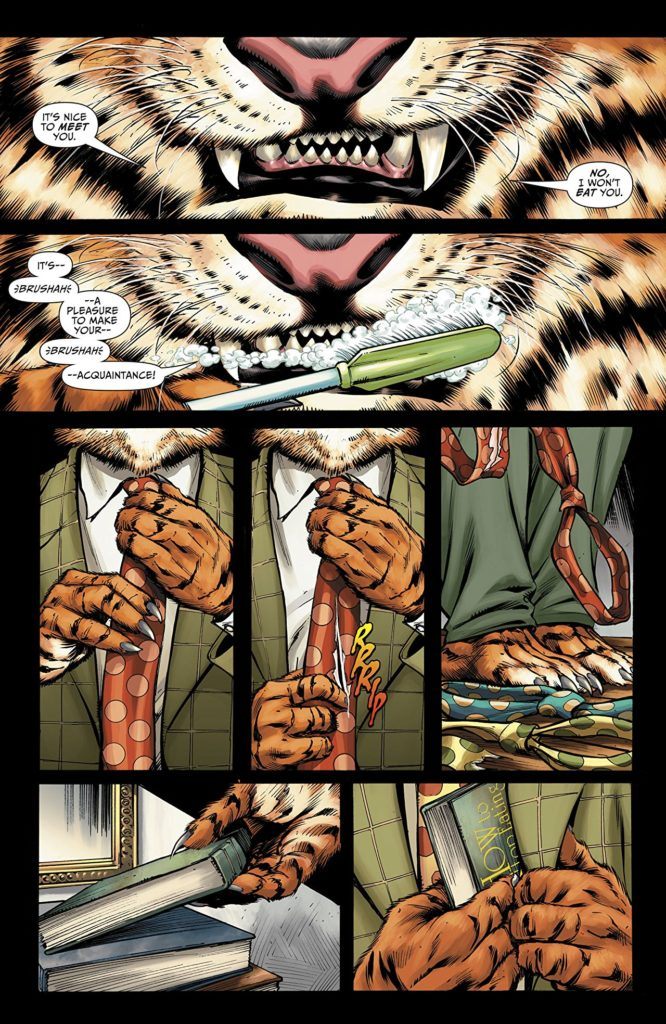 Darla and Freddy have a dire predicament on their hands in the Wildlands, while Pedro and Eugene are stuck in the Gamelands. It’s a place Eugene would normally be ecstatic about, but on this day, he’s just tryna duck the savage referees and stay out of the negative point total. We only get a few brief moments with our heroes not named Billy and Mary, but each one was filled with excitement, fear, confusion, and wonder. BUT FAM, it’s the legendary reveal at the end of this issue that is going to send ripples across the Magiclands!!

So much of Geoff Johns writing is on point in this well-rounded issue #4, but I’m most hyped about the direction of this tiger angle. The idea of a world inhabited by animals and devoid of humans is already amazing, but when you start to add in philosophical layers like the laws of nature and the way a proper tiger should behave in a society of intelligent wildlife, you really elevate the quality of a comic book. Cool, creative artwork, and astounding choice in colors by Dale Eaglesham and Marco Santucci has Shazam firing on all cylinders, and I continue to be wholeheartedly impressed. With the Shazam movie right around the corner, I’m looking forward to it a lot more than I did because of this comic right here.