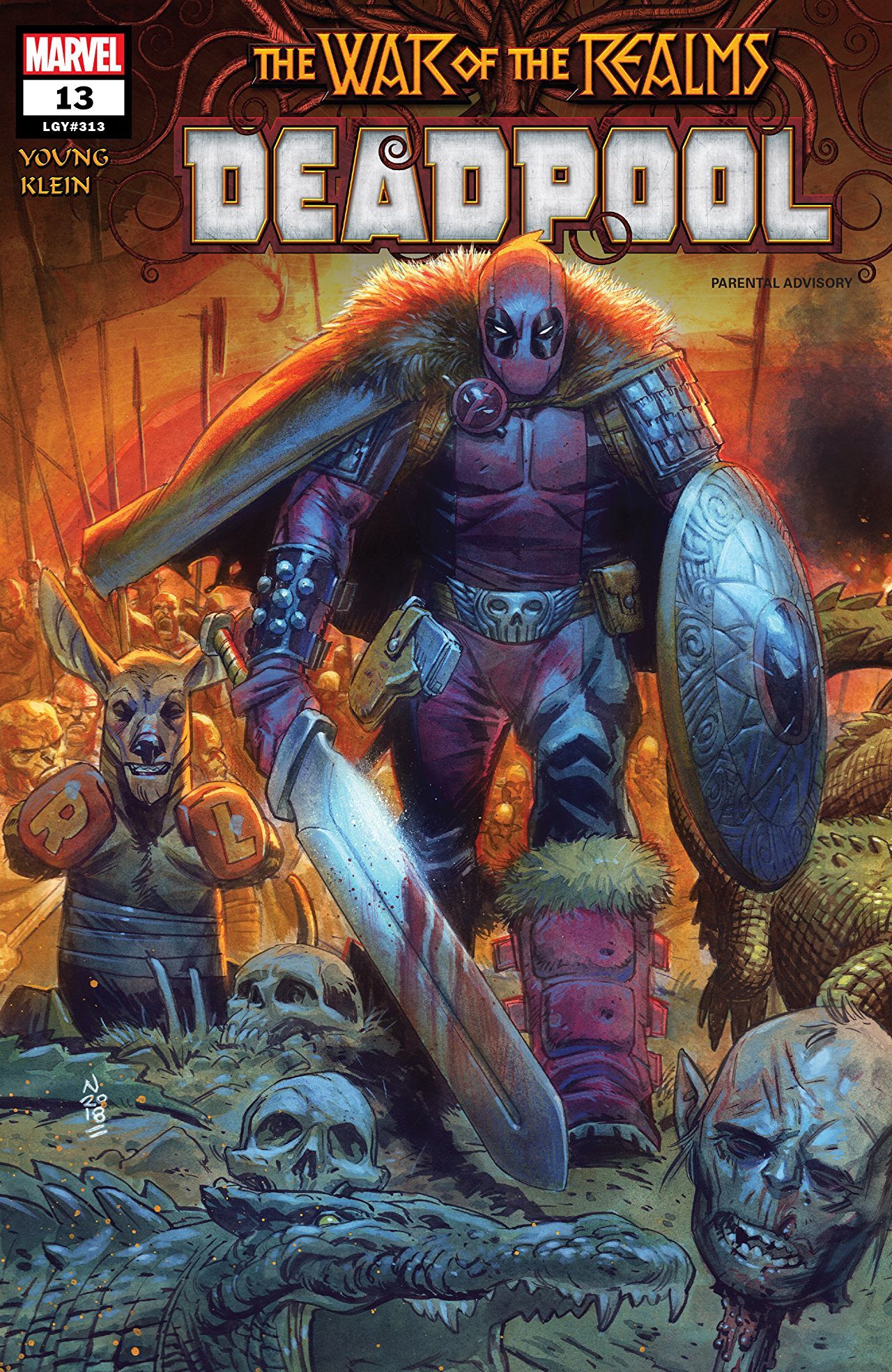 Where Are We? And Where is This Going?

One second Wade Wilson is being thrashed around by an angry villain with unsolved anger problems, next minute my man is in Australia. War of the Realms has come upon us. Why did they do this to us? At first I was trying to figure out what part does Deadpool play in this? Yet another Avengers insertion where he serves as the comic relief? That’s exactly what this comic felt like and honestly I feel guilty that I didn’t hate it. The comic gives exactly what is expected, a complete parody of what War of The Realms is supposed to be. Nobody takes Deadpool seriously. (Either that or they find him to be completely annoying, sometimes both). The Young-Klein team took that and ran with it, making one of the most face-palm worthy Deadpool comics I’ve read in some time.

The plot is pretty straight forward. Deadpool is in Australia to battle some trolls because the Avengers are doing some inter-dimensional mumbo jumbo. (Basically the important stuff). And they basically just gave Wade the annoying intern work. Something small until they come back so he feels somewhat important. All of this to say, if you want a comic to genuinely laugh at, you came to the right place. If you came for something that has underlying meanings and will probably make you question the ideologies of morality and what it means to truly be a hero, this ain’t it chief. 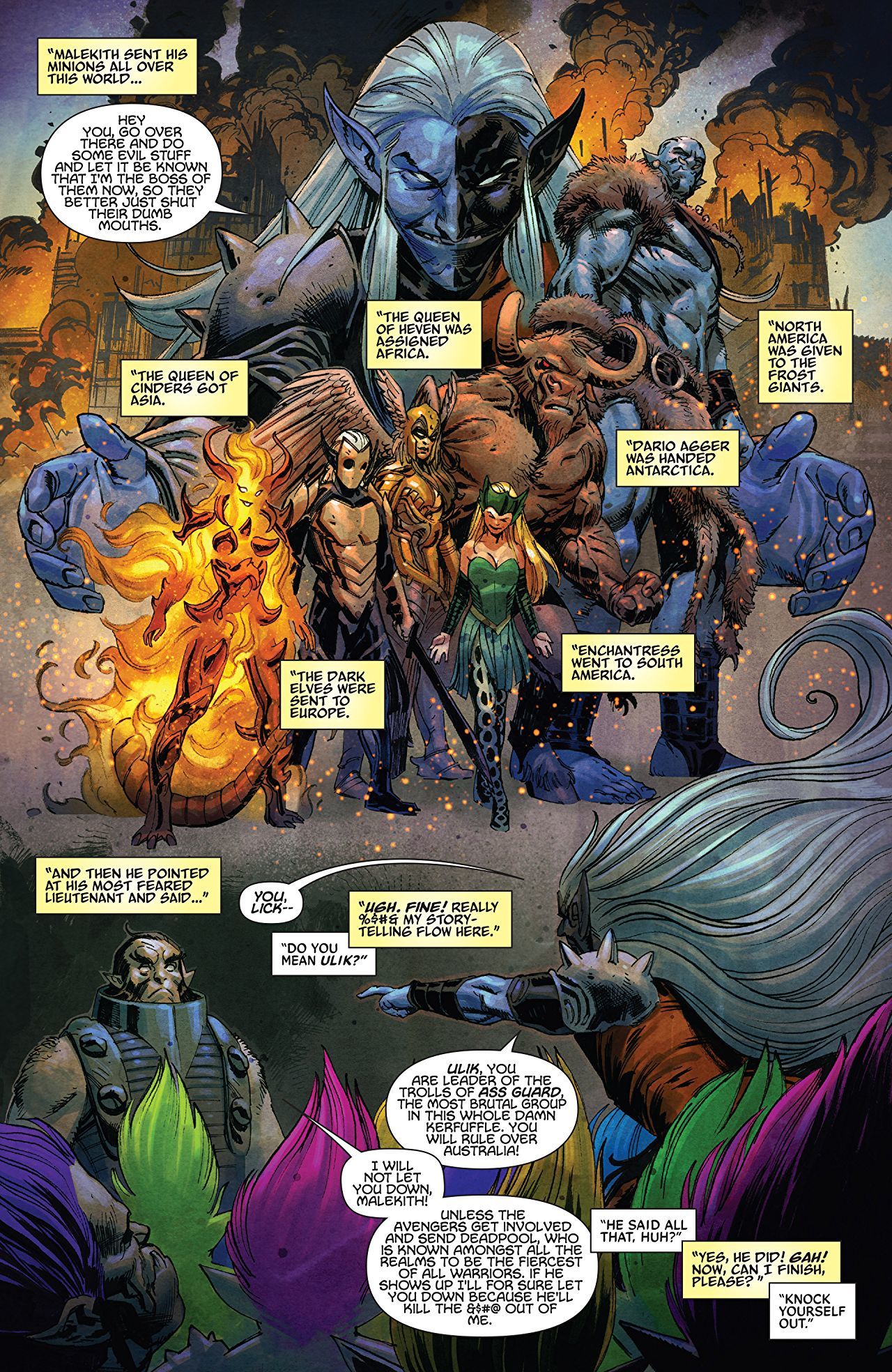 Relating The Small to The Main Mission

What I will say is that I thoroughly enjoyed Deadpool’s relationship to minuscule objects throughout the comic. This comic produced a stage for nonsensical entities, doppelgangers, and a physical representation for a desire to prove one’s self. Someone is dragging me and I don’t appreciate it. If you’re looking for a healthy drag with a hint of existential comedy Deadpool #13, War of The Realms is the right comic for you. That being said, the simplicity somewhat annoyed me, I feel like there is much to explore with the characters presented beyond just cute comic reliefs.

The comic could have done more by allowing these metaphors to live beyond just a quick laugh here and there. An example, maybe allowing these characters to serve as different entities of Deadpool and how he sees himself in comparison to others? Relating mundane objects to the idea of mediocrity versus strength? I know there were many ways to do this, but I’m oddly excited to see the next entry.

8.2 Drag Me To Filths’ out of 10
Reading Deadpool 13? Find BNP’s other reviews of the series here