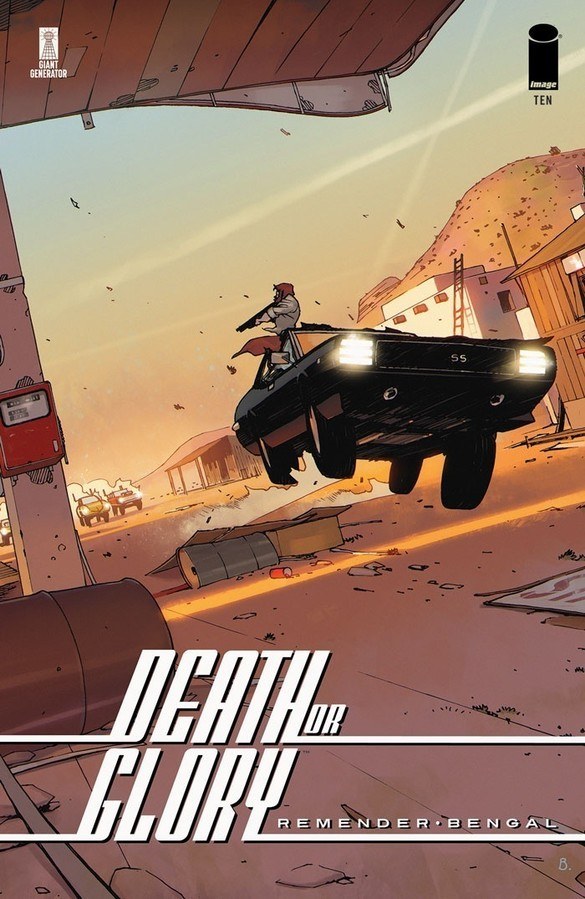 It’s been a minute since we’ve talked about Death or Glory, and the series has taken quite the number of twists and turns since its premiere in 2018. Death or Glory #10 is the penultimate issues of Glory’s tumultuous road trip to save her father and the narrative has expanded in various, dramatic ways. But even among serialized stories, Death or Glory evokes a particular style of the classic serial Western films, where various outlaws tout guns and engage in banter and the narrator quickly sums up the story so far before phasing right into the action.

So, to paraphrase Remender’s only summary: Glory Own grew up off the grid with her father, Red, and other vagabonds and truckers and lived happily until Red got sick. And in an attempt to get Red the medical care he needed, she needed to resort to extraordinary means and in the process found herself with a lot of new enemies in the form of smugglers and human traffickers. Honestly, all you need to know is that the journey is coming to an end so all of the stops are being pulled out.

Having followed the series, I’ve been enamored with Glory’s character as the lovable rogue whose instincts to do good get her in more trouble than not. Her love for her father, and her growing love for her travel companions, has anchored the series and as push full throttle to the end of Glory’s story, both Remender and Bengal are intent with providing a show. More times than not, I look at a page and just imagine it being written as a storyboard for a TV mini-series. There are tons of cinematic sensibilities between Glory’s text-over narration, and dynamic perspectives. Remender and Bengal have been with these characters for years and much like the love Glory feels for her father, you can feel the creative team’s love for these characters. 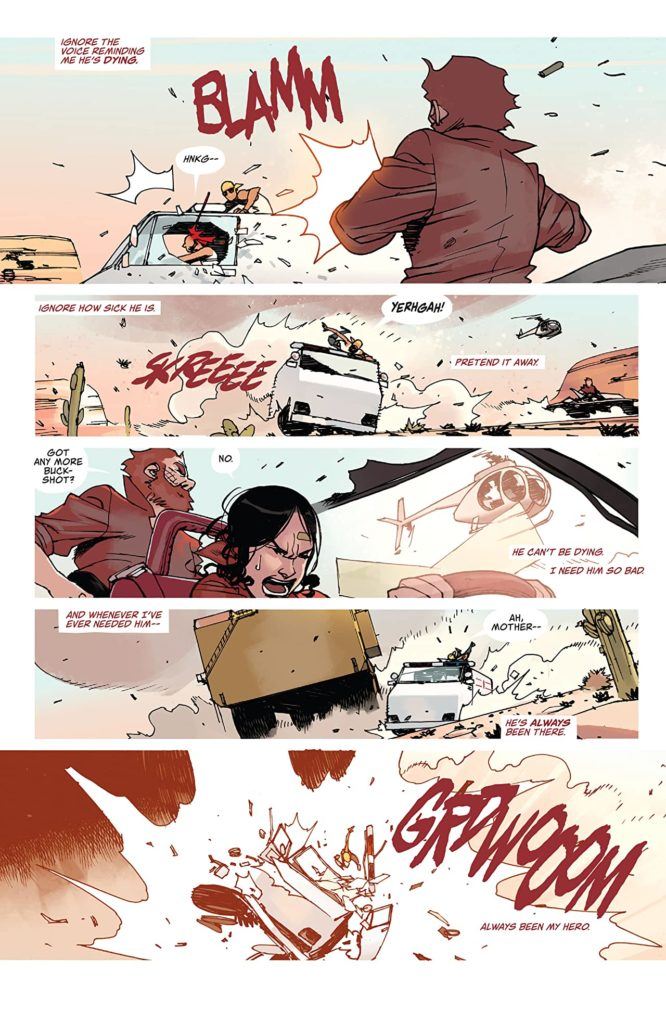 This is a bombastic send off set in the last leg of lawless frontier before the promise land of everyone’s salvation, and everyone’s aware that they are going to have to work for it if they want it. The Americana visuals that Bengal provide are still the perfect backdrop for the story and puts the grit in the characters’ eyes as Remender puts venom into their dialog. Death or Glory is a brilliantly executed drama, with just the right amount of black comedy to break the tension. This is a brutal and violent story, but the fact remains that at its core it’s about how far we’d go for our loved ones, and it tells that story really damn well.

With the next issue on the horizon, this is the time to order those back issues and get caught up, so you can read the conclusion live. Remender and Bengal crafted something special and you’re gonna wanna see it to the bitter end.

Reading Death or Glory? Find BNP’s other reviews of the series here.