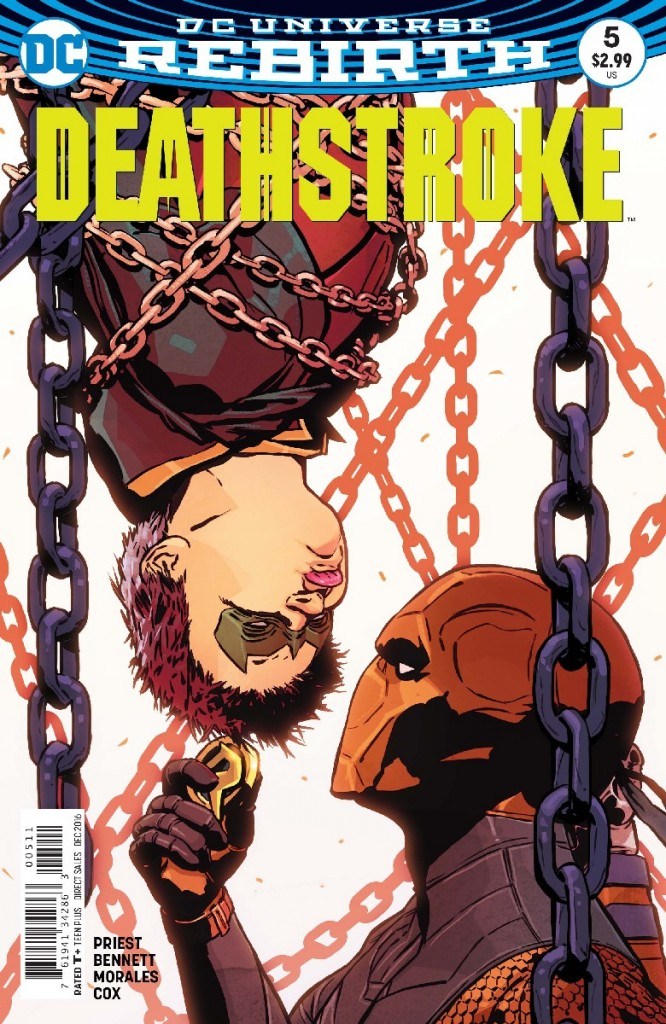 Listen, folks is straight up wylin’ in Gotham city man Rose meets up with Batman and dude is unimpressed with her off the fucking strength. Batman ain’t even trying to give Rose the time of day but she manages to prove herself and Bruce takes her on. They travel around Gotham but not necessarily looking for who put the hit out on her because Slade already knows that. Priest has Batman picking Rose apart from a distance trying to get to the root of why she does what she does. The murdering, the contract killing, this life isn’t one someone gets you into. Batman knows how Slade works and is clueing Rose into how far ahead in this little game that he is putting on Slade truly is. 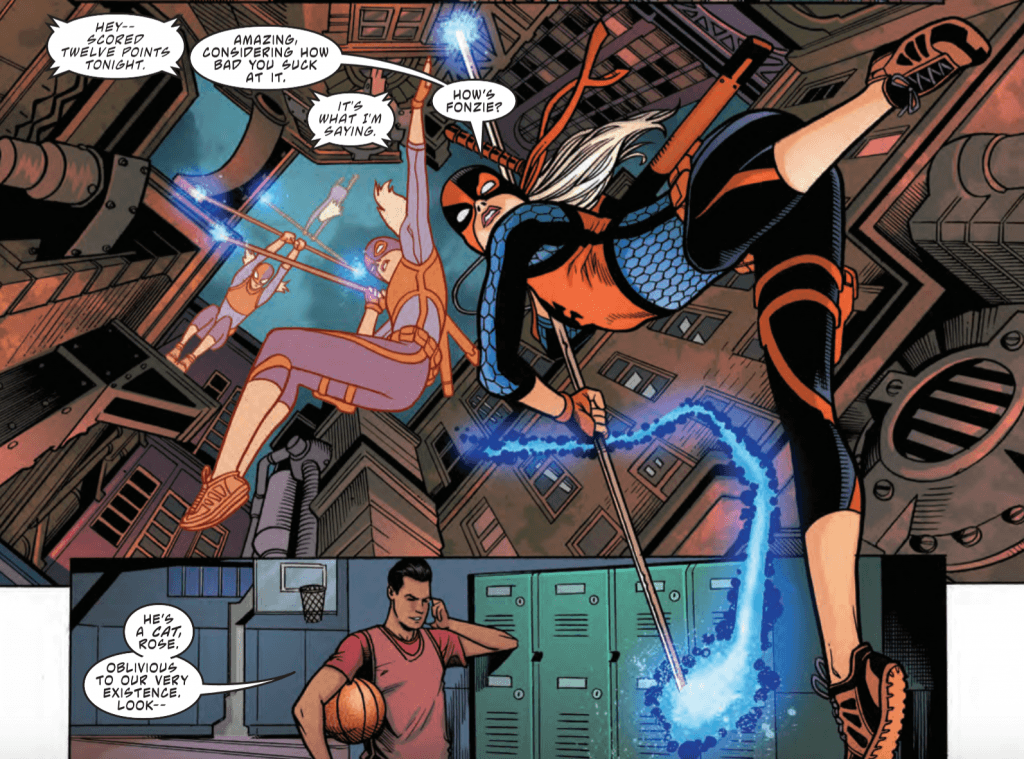 Bennet and Morales did an incredible job this issue. There wasn’t much action but I really like the way they depicted Rose moving about in the city. I also love the body language we get from Rose as well. There’s a hint of her age (young adult) mixed in with confidence and a bit of uncertainty as she navigates through this superhero / mercenary world. They got Gotham looking really city like in this depiction. We got to see the city portion of Gotham and I feel like a suburb part as well as Batman and Rose ride around and getting. I was feeling the art but the best shit, I said the fuckin’ best part of this issue comes with Damien.

Christopher Priest must have wanted to roast Slade for the longest cause he had a captured Damien Wayne lighting Slade up with that HEAT! Damien put the verbal paws all over Slade. Slade must have been trying to break Damien or just keep him distracted, I don’t know what. All I know is Damien is really really with the shits. 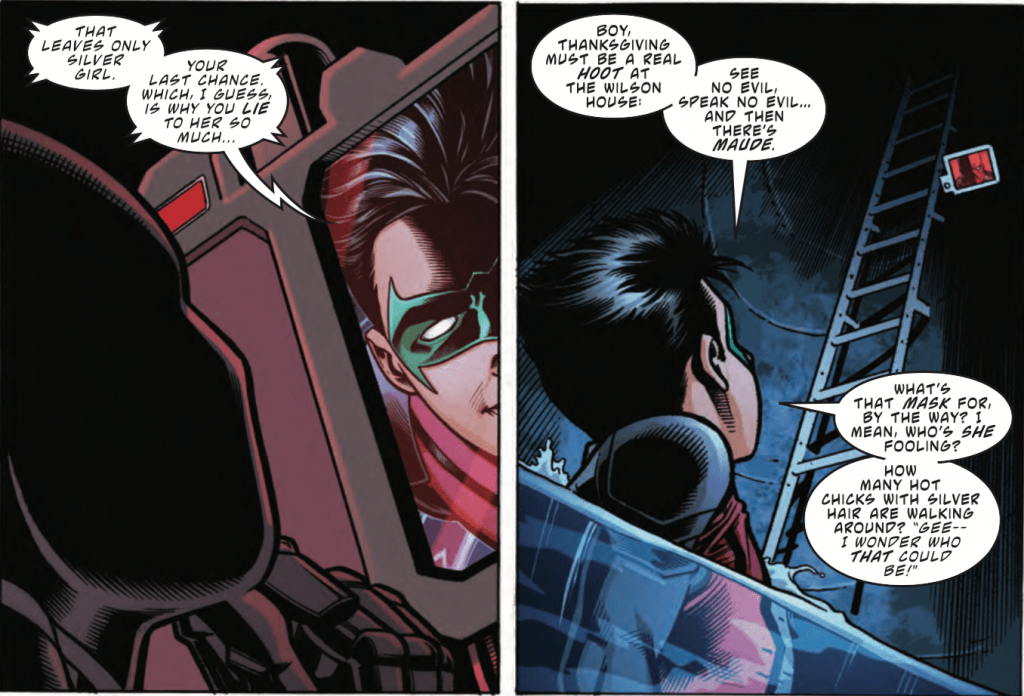 I ain’t ever seen anybody in DCU talk greasy to Slade Wilson like that. Dare I say, Damien Wayne straight up went “YOU GOIN GET THIS WORK.” on Deathstroke the terminator’s whole life. His whole fucking life man. I loved that shit man. That shit was the life of me this issue and really was the sleeper of this book. That boy Damien a fucking savage man. He was dissing Slade and I wanted to fight’em.