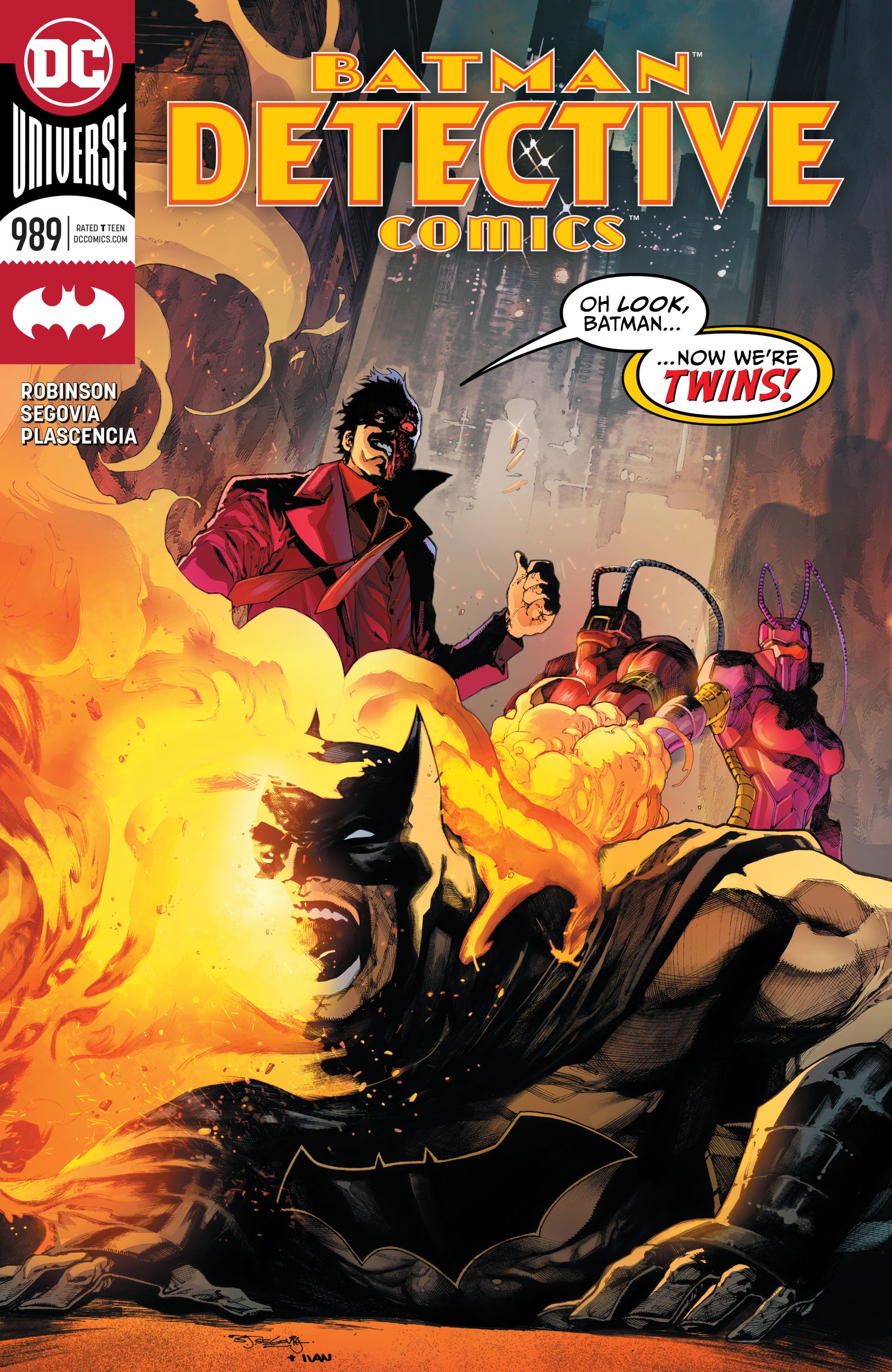 It’s been a minute since Detective Comics #988, but I definitely remember liking it. Out of all the Batman media that is readily available, it certainly didn’t stand up against some of the current iconic depictions of Bats between King and Snyder. It was serviceable, but #989 was an entirely different beast. While Segovia’s artwork remained stellar, Robinson’s dialog took a strange turn. The exposition felt forced and clunky, and the plot started to devolve right before my eyes. 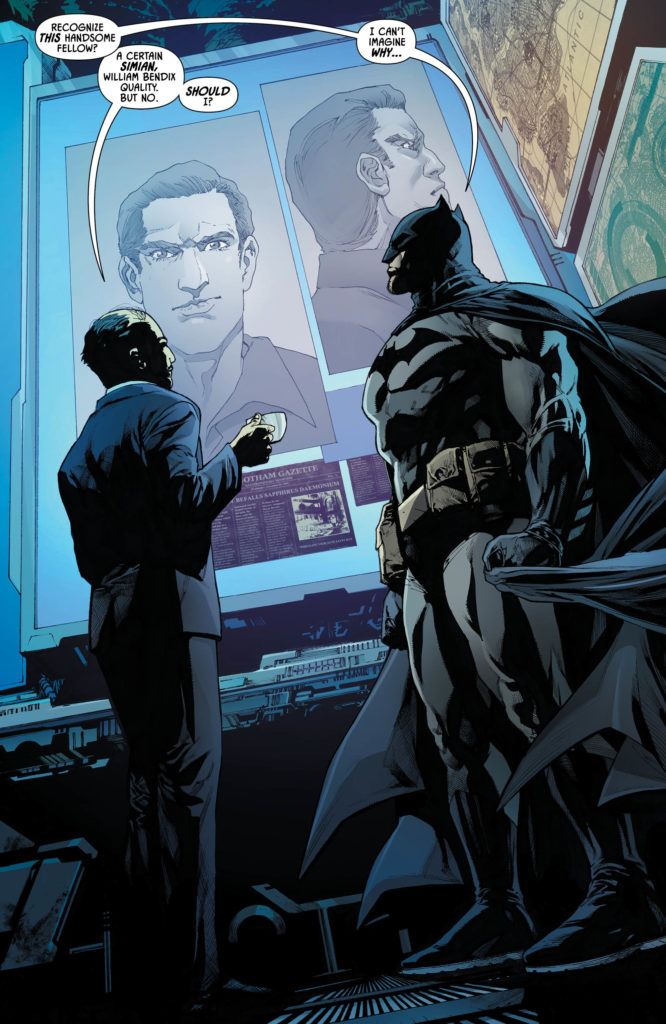 The opening sequence between Alfred and Batman discussing the latest murder in Gotham was full of weird quips back and forth. In fact, Batman made strange observations that constantly raised my eyebrows. A lot of dialogue seemed both out of character and out of tune compared with the previous’ issue somber seriousness. I can’t tell if it’s supposed to be funny or sardonic, so it ends up falling flat for most of the issue.

On the flip side, the villain’s perspective is equally convoluted. The two Fireflies are part of an exceedingly complicated scheme that implicates a familiar villain in a grand caper. There’s plenty of espionage but not a lot of intrigue. Even Gordon, working the case from the Gotham PD end, seems only moderately engaged in this unevenly-paced plot development. The choice exists only to highlight how bizarre it is for a cop to work with a vigilante, a development that most of us I imagine have already moved past. 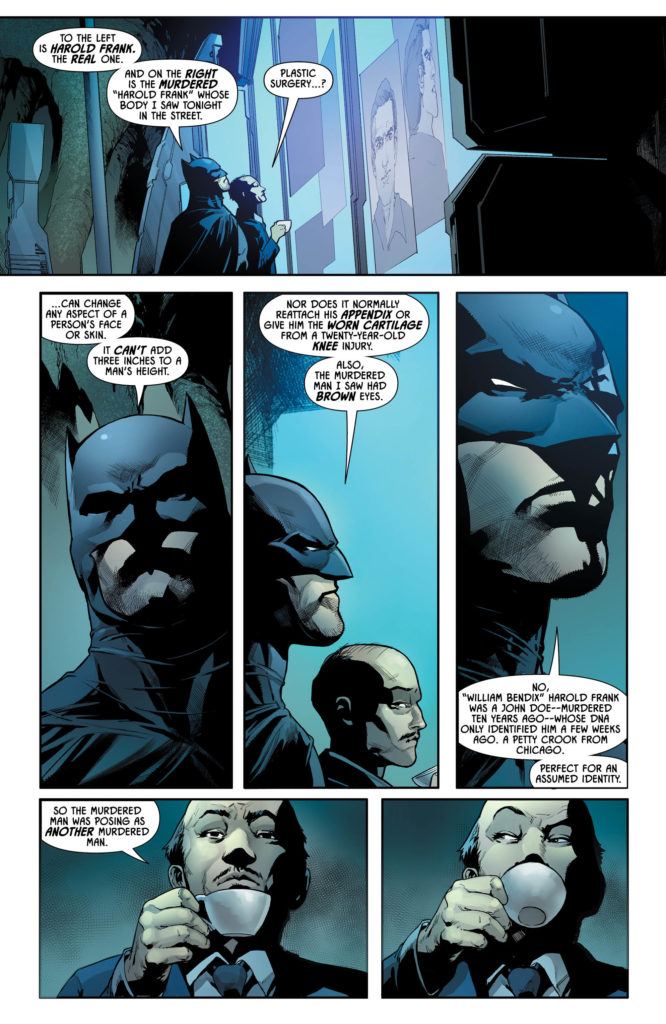 If there is any saving grace of the issue, it is Segovia’s artwork. The costume work and atmosphere is the only strength really maintained throughout this mini-arc. I enjoy the dynamic action shots and the lighting. Honestly, this was the first time in a long while where at the end of a Batman issue I was disinterested in what came next. Hopefully, the conclusion can salvage some of the notes that made #988 entertaining, but I am not an optimistic reader this time around.