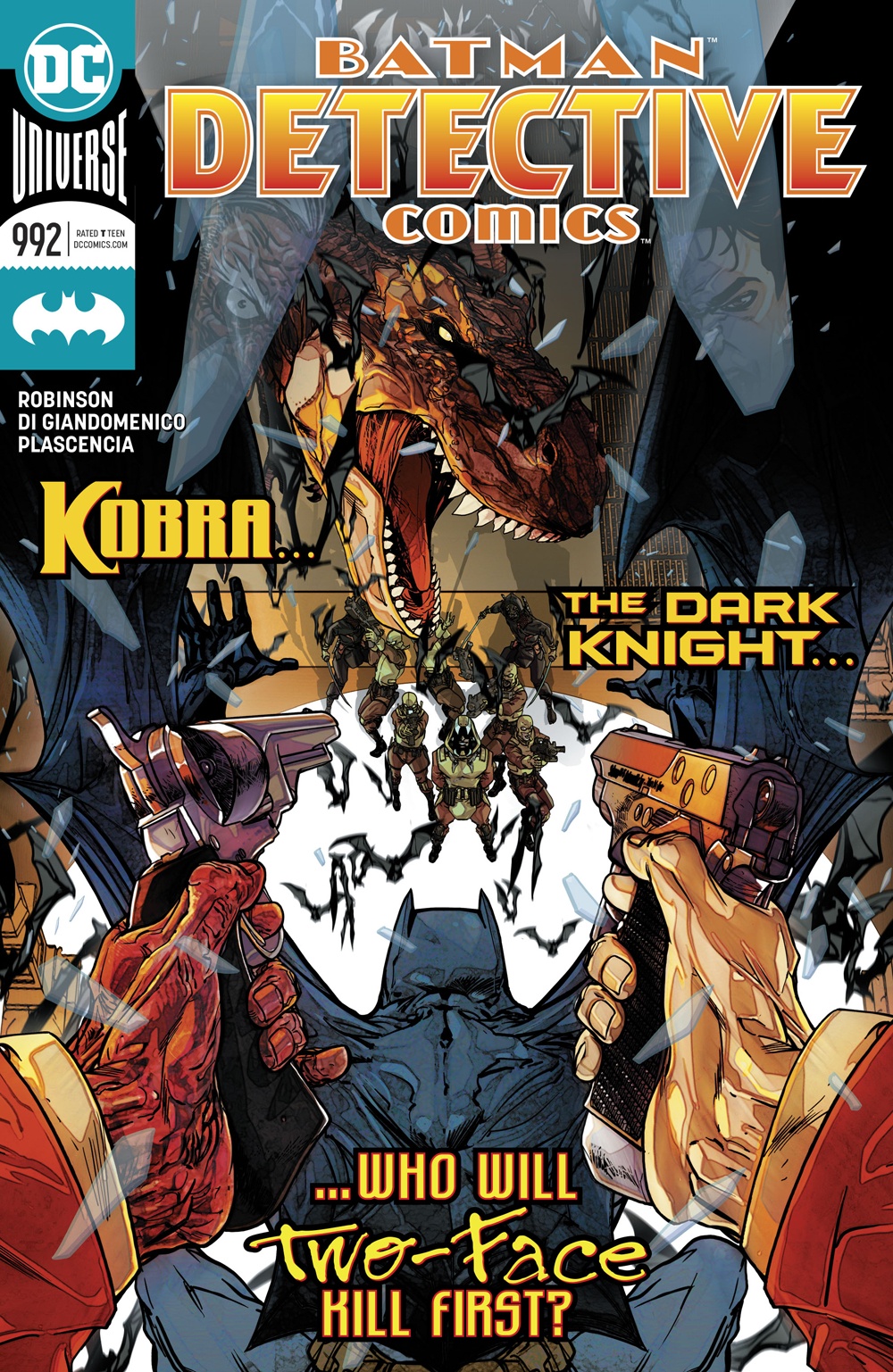 We are at the fifth installment of the Deface the Face, and my interest in this version of Batman and Two-Face has been waning with each passing issue. Detective Comics #992 has done an incredible thing and made me care a little more about their current predicament, but given how soured I was on the previous heavy handed exposition, my best description for my current feelings are: “it’s kind of okay.”

Right off the bat, I will say that Di Giandomenico’s artwork is much better suited for the frantic pacing of the different action sequences that occur in the issue. The central set piece of Gotham City’s Museum of Natural History is rendered perfectly and creates a magnificent backdrop that combines a mix of heist elements, hand to hand combat, and some gunplay. It’s a visual delight that evokes the same response of a well-done action movie. Watching Kobra infiltrate the museum only to be met by a vigilante and villain-turned-vigilante is a glorious sensation and even the aftermath instills a great bit of tension in how the visual pacing is handled. However, comics are a two-sided medium, and I can’t say the actual text speaks to me the same way the gorgeous artwork does. 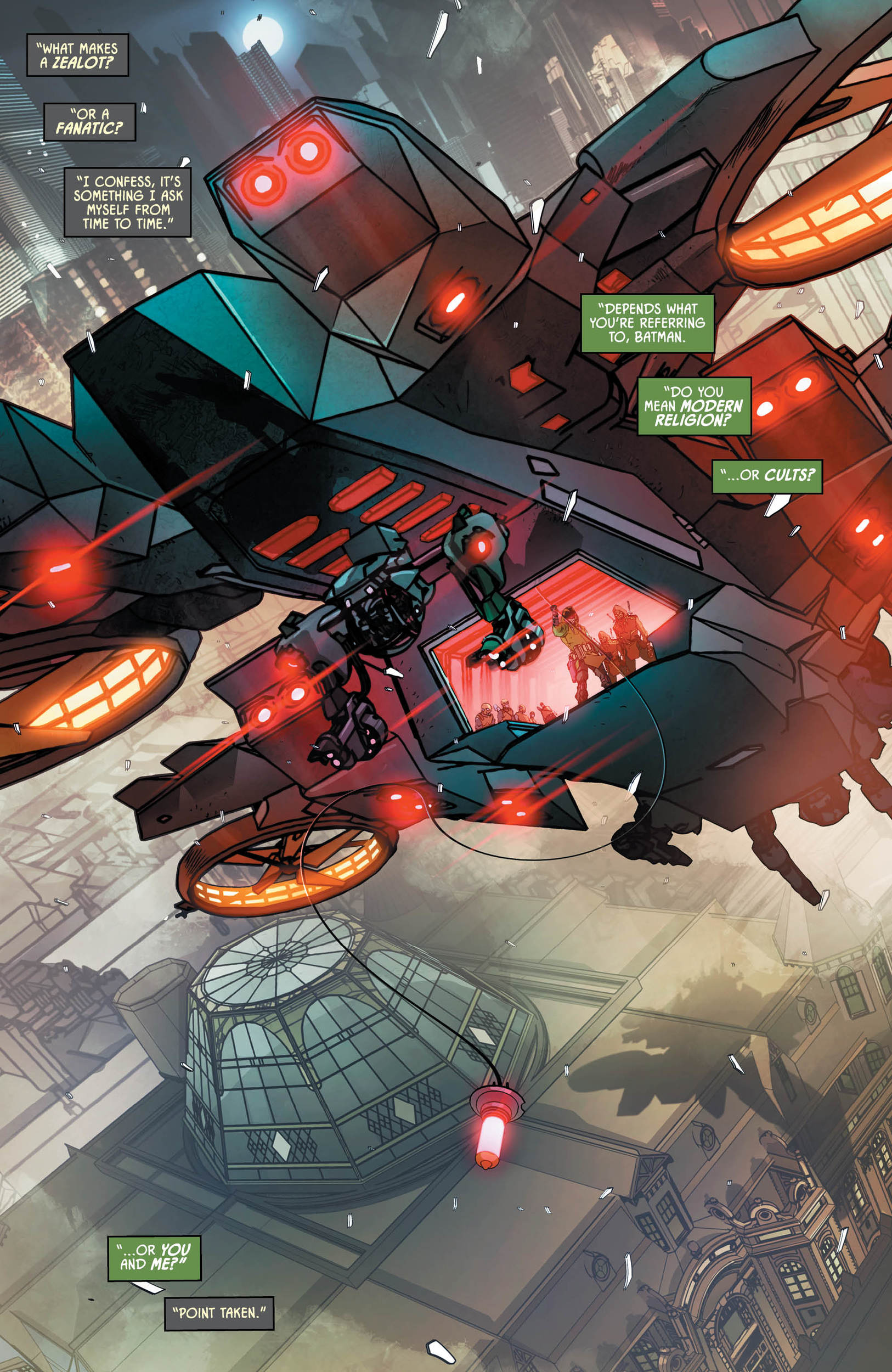 I have several minor gripes with Robinson’s writing that combine into a single major gripe: I don’t think Robinson trust us as readers. His opening panels feature heavy handed pedantic allegory that jarringly jumps into yet another recap of the events of last issue. The punchlines that are supposed to be poignant just end up having me rolling my eyes. It’s awkward that the different cultists of Kobra has much more accessible dialog than Batman or Two-Face, who have this oddly prosaic high-brow literary tone that could potentially work, but it ends up just feeling out of character. I found myself whispering, “no… Batman wouldn’t say that… at least not like that.”

Or perhaps it’s all the side comments: The “You know this or that” supposed winks to the camera and the repetitive construction of information. It feels like Robinson is so convinced that we haven’t retained any memory of what happened in the current arc or the arcs before it. It gets tiresome. Much like the arc itself.