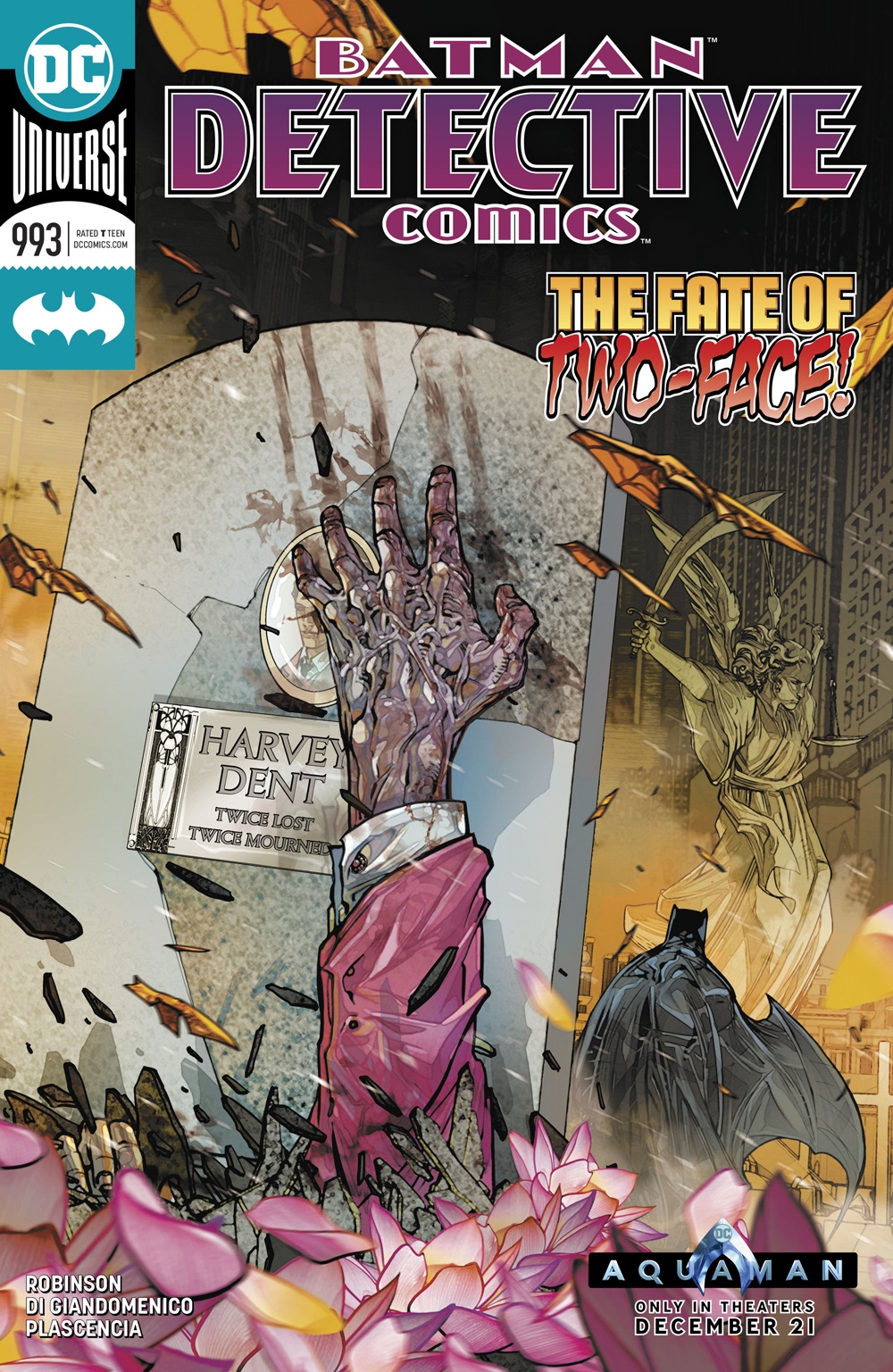 The Fate of Two-Face!

This issue was kind of a drag, and not just because it opened with a eulogy and a flashback. The entirety of the Deface the Face has come to its predictable finale, and I’m not entirely sure why it took so long to get to the conclusion. There have been odd pacing issues, out of character moments, and overall some absolutely spectacular artwork that distracts from the bizarre narrative.

What started out of a murder mystery quickly devolved into a city sprawling attack on the city that only Batman could solve with the help of his trusted allies. And I liked the start of the arc. I liked the idea of Batman taking on a case with a smaller scale, and Robinson felt at home keying in on a Batman trying to distract himself with something normal. However, the more bombastic each issue got the less grounded everything else. Detective Comics #993 ends with neat little bows. Everything is addressed and explained in excruciating detail and it feels like we are constantly reminded of small details and forced to follow the paint-by-the-number route. And there’s not anything necessarily wrong with that, but the story lacks some level of catharsis and emotional investment. Batman is at his best when he is challenged and taxed, and this story shows him mostly complacent and that’s not terribly exciting. 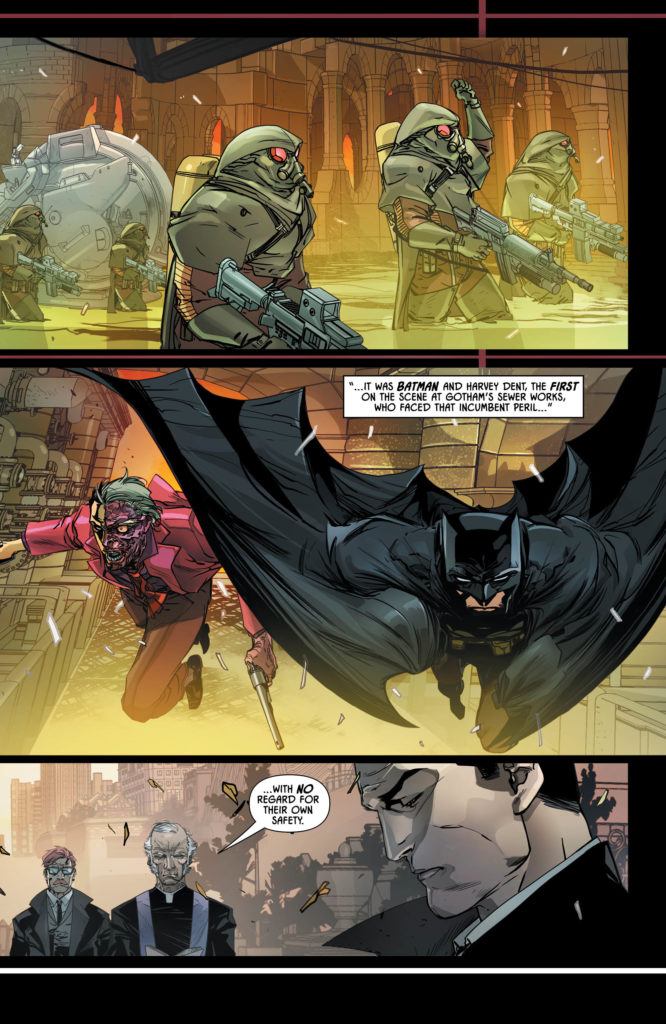 That said, Giandomencio’s artwork is absolutely riveting. There are dynamic camera angles, kinetic action, brilliantly paneling that captures the moment to moment movement of different character. It draws the eyes in with asymmetrical gridlines and precise frames that naturally guide the reader through each page. It’s wonderfully detailed in that way, and I feel bad because the dialog kind of glazes my eyes over.

The few lines that resonate are few and far between and Deface the Face lacks the same change up and unique insights into the World’s Second Greatest Detective. It’s a perfectly serviceable Batman story, but it’s nothing more than that unfortunately.