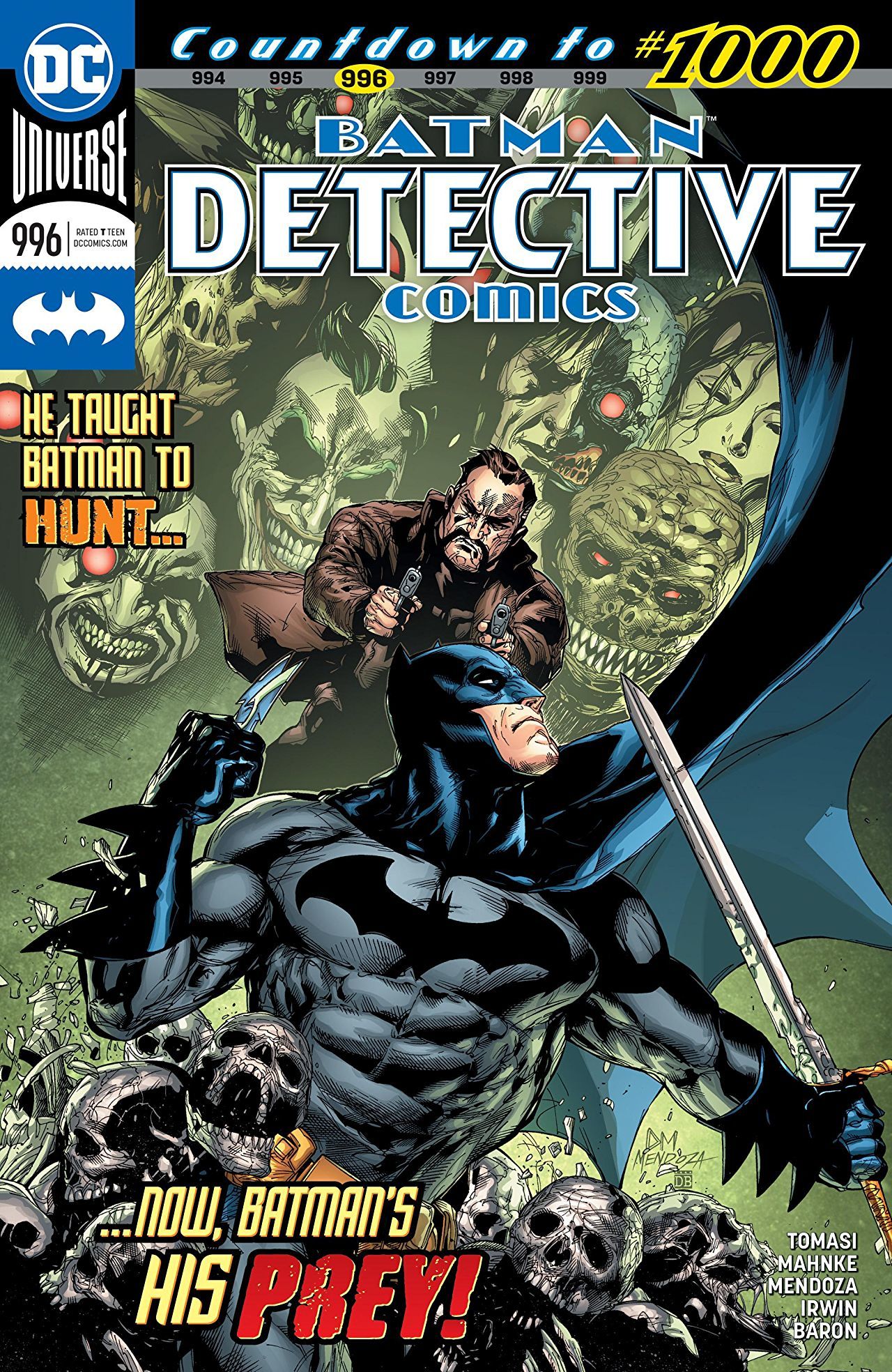 Batman certainly had a bad 2018, and it looks like none of the authors are going to be going easy on him as Tomasi’s arc on Detective Comics continues to push the Dark Knight into truly dark territory. After “interrogating” the inmates at Arkham Asylum, the Bat entrusts Alfred to Damian as Bruce Wayne follows a solitary lead to Paris and Henri Ducard, a.k.a. the man who taught Batman to hunt.

Now, I am not as familiar with Batman & Robin: Bad Blood where a lot of the history of the Ducard family originates, but Tomasi gives a quick and dirty summation with a signature Batman scowl. But Batman’s trip down memory lane is only the first stop of an international journey to discover the machinations responsible for the death of Leslie Thompkins and the injury of Alfred Pennyworth.

As the march to the milestone continues, Tomasi is taking the opportunity to delve deeper into the Batman mythos and into some of the characters that help make Batman…well Batman. It’s a slow unmaking character of the character, and it errs a little on the esoteric side. However, even if the action moves at several hundred miles of minutes (there’s a lot of metaphorical and literal ground to cover) there is something distinctively Batman about the entire exodus. Tomasi’s Batman is attempting to piece together a puzzle where he is completely out of his depth. He lacks the usual framework of the typical Gotham rogue and the story puts him in uncomfortable situation after uncomfortable situation. And if nothing else, Tomasi captures the sheer grit and determination behind the mask. Tomasi tolls Batman mentally and physical and continually drives him to edge after edge. 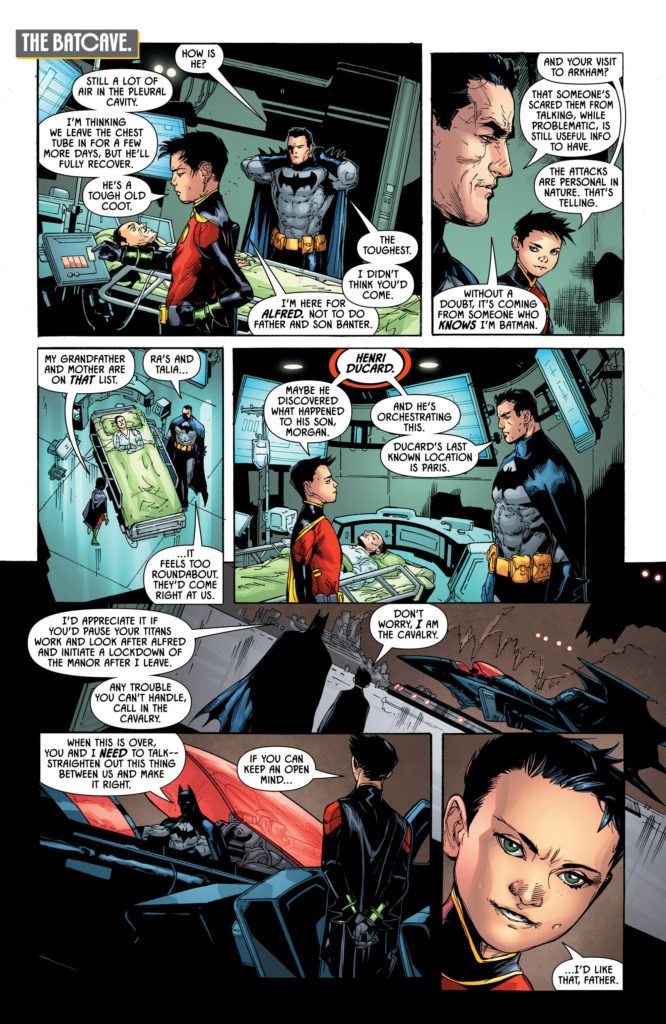 And while some of the story beats are a little dense, Mahnke’s artwork is truly allowed to shine with the script. The wide variety of backdrops lets Mahnke truly showcase his work and customize the Batsuit to meet various needs. The action remains solid, and you can feel Batman’s slowly slogging through extremes.

The Mythology arc truly lives up to its name. There are a lot of deified entities in play that encompass different aspects of a complex universe and some take a little more to process than others. Detective Comics #996 drinks deep from the well of Batman knowledge, and I think it’s okay if you’re overwhelmed given how Bats is probably feeling right now.