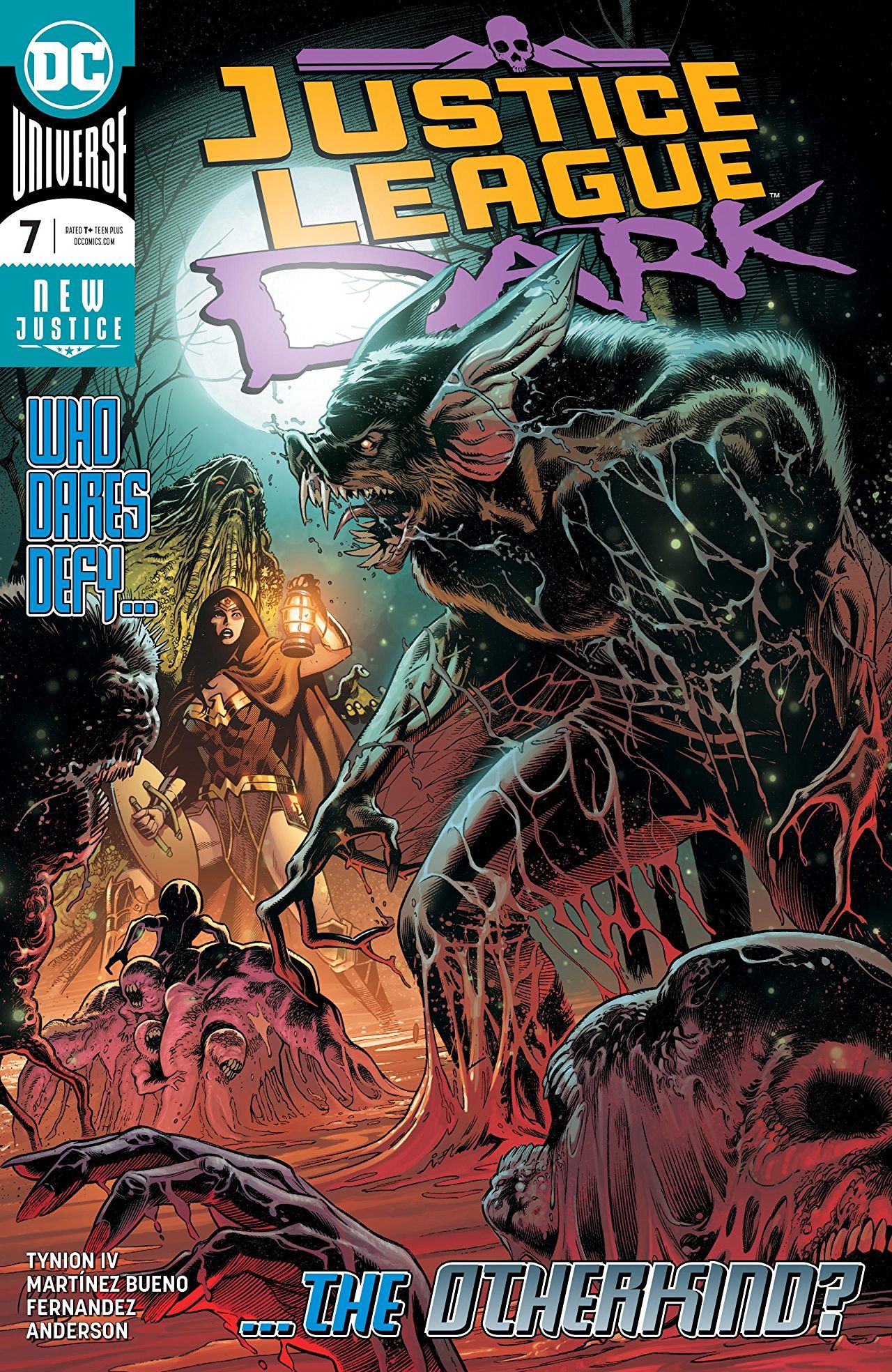 Who Dares Defy the Otherkind?

The opening of Justice League Dark #7 feels very much like a callback to anthology TV series like Beyond Belief: Fact or Fiction or Are You Afraid of the Dark?. As the camera pans to Man-Bat typing away in the catacombs of the Hall of Justice, he explains that he’s been documenting different interactions with the Otherkind, the sinister beings whose sole goal is to destroy and consume all of Earth’s magics. The Upside-Down Man was the first Otherkind introduced and throughout the issue, we get introduced to entities like The Soup, The Conjoined, and The Offspring whose playful names belie the monstrosities they are.

Tynion IV’s narration is a little more prosaic, perhaps fitting the frame of Man-Bat recording each of the incidents that Justice League Dark division has had with the different Otherkind around the world. Given that there are multiple stories fitted into the single issue, there are large swathes of text that occupy panels, sometimes in dialog, sometimes in block narration. It definitely feels more verbose than your typical comic, but it doesn’t hurt the pacing too much. Man-Bat’s narration is definitely still enjoyable, evoking a semi-omniscient perspective that sheds light on how terrifying these monsters are. The transitions are a little rough between vignettes but getting to see different magical users of the DC universe in different environments is worth the cost of admission. 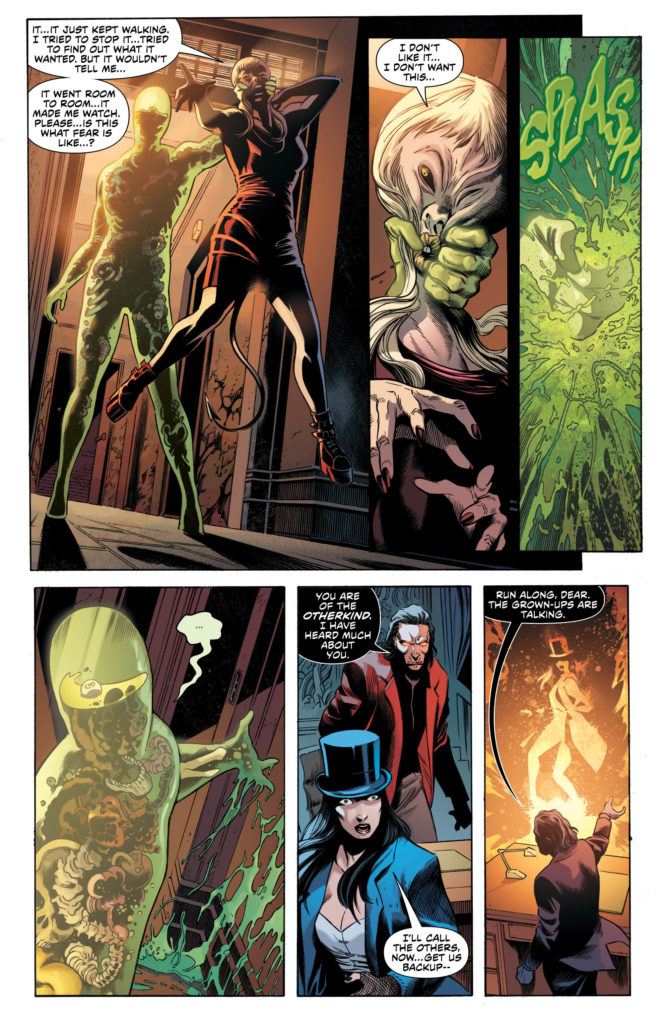 So while the writing is a little bit more unwieldy than usual, Martínez Bueno’s artistry is nothing short of mystifying. The other Otherkind are just as nightmarish and terrifying as the Upside-Down Man, and the horrors in each short story are in full display. All sorts of different elements are drawn in to make a pastiche of Eldritch environments and monstrous atrocities that feel threatening. It’s a visually encaptivating issue that leverages the multiple sequences to show off Martínez Bueno’s skill set.

All in all, this interlude feels like an interlude. We get a much broader glimpse of the stakes and we spend a little more personal time with Man-Bat, who has appropriately been mostly an observer in the Justice League Dark series thus far. There’s no doubt that Tynion IV and Martínez Bueno are having fun, and I’m looking forward to their arc and a little more direction about what the team has to do to confront the Otherkind.