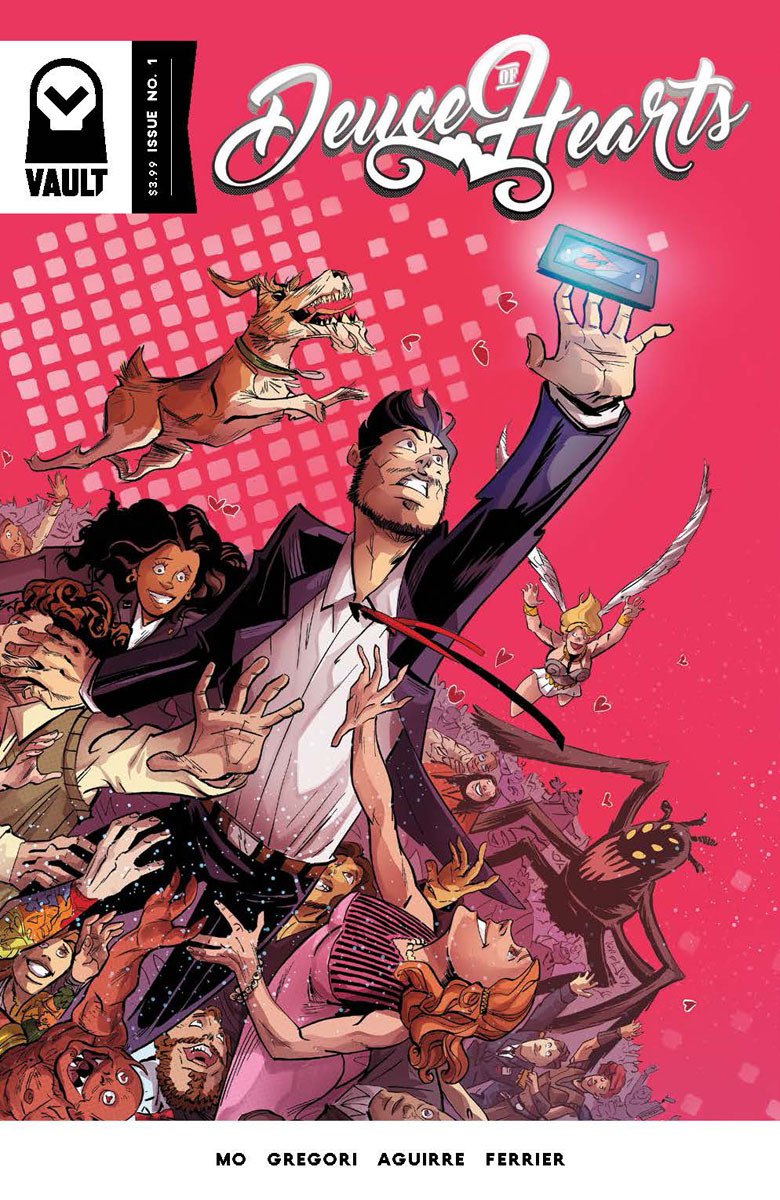 When I first read about Deuce of Hearts on Twitter earlier in October I thought to myself “This looks like good fun” coupled with “This looks like it makes no senses whatsoever”. I was eager to get my hands on it the first issue and find out what the deal was. Vault Comics has some great titles under it’s banner so I wanted to give it a go. This interest was furthered when the artist Tony Gregori tweeted out a description of the book: “ADULT THEMED FANTASY & FUN, W/ A CUTE DOG SIDEKICK! DOGS!!”. *SOLD!*

In this comic we learn that “Love is a commodity. Trade up.” through the adventures of one Sullivan Husk. He’s a man with one life to live who has the biggest heart of them all. He has so much love to give and just not enough time. The beginning of this comic starts with him on a romantic date with what I assumed was his significant other, a lovely lady to whom he gives something special. (NOT THAT SPECIAL. NOT A RING, FAM.) During a restroom break, he runs into the husband of the lady he’s been spending time with. WUT? So begins this wacky but hilarious romp of a story in which Sullivan navigates the world he lives in being a casanova and trading in his lovers for the next power-up, the next best thing to get him out of the scrape he’s gotten himself into. It’s a riot. 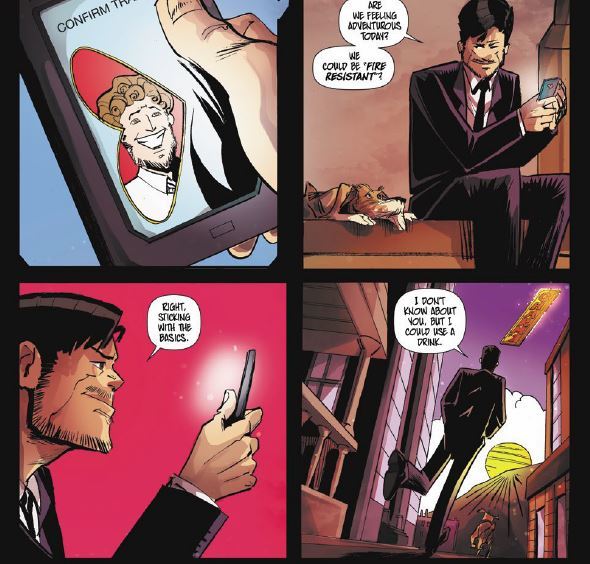 What really works is just how ridiculous this story is: it is super entertaining without coming off as pretentious.  Our-not-quite-hero performs super amazing feats, drops great one liners and has a canine companion that knows more than he lets on. There’s a string of interesting characters that we’re introduced to. Story wise this Heartbreakr™ app and the notion “that love is just another tradeable commodity” must be hella fun to explore for writer Mo. It’s hella fun to read on my end. 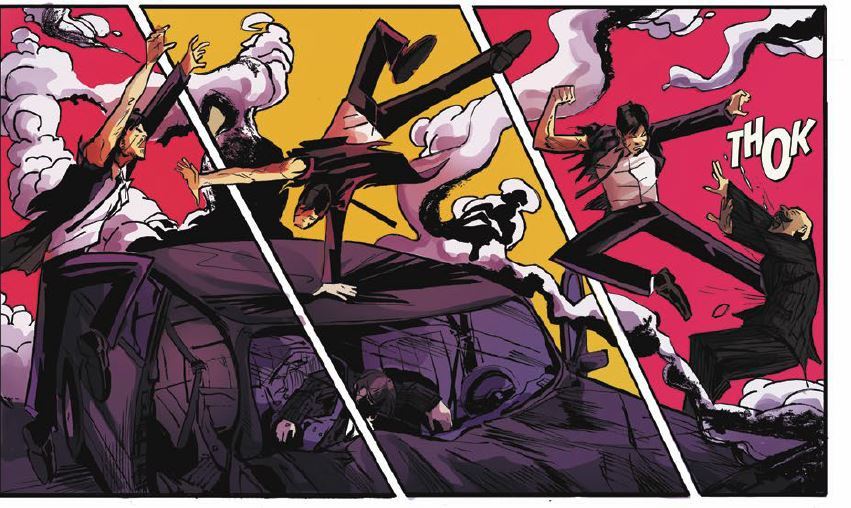 On the art side there are a lot of wicked chase and action scenes–and as much as I love how Gregori has illustrated the scruffy dog–there has to be something said for all the characters that start popping up toward the end of the book. Magic is involved here so if the cover is any indication of a preview of who, OR what is to come there is much to look forward to. I’ve been reading comics forever but it is only in recent years that I’ve come to study and truly appreciate work put in by colorists and letterers, what many consider “invisible jobs”.  I’m really fond of Aguirre’s work towards the end when Sully goes to a bar: she really helps gives the bar character via her coloring. This is legit because there are some big interactions that happen there and it all looks great pulled together. Ferrier’s lettering really shines all over but especially in the chase scenes where the sound effects blur the line of magical interference and Ferrier showing off.

With a cliff-hanger that is as gripping as it is comedic, Deuce of Hearts has captured my attention and I’d definitely like to read more. Here’s to a new mini series worth adding to your pull list. Be sure to check it out!

8 Not Laying Off The Sauce Tonight out of 10