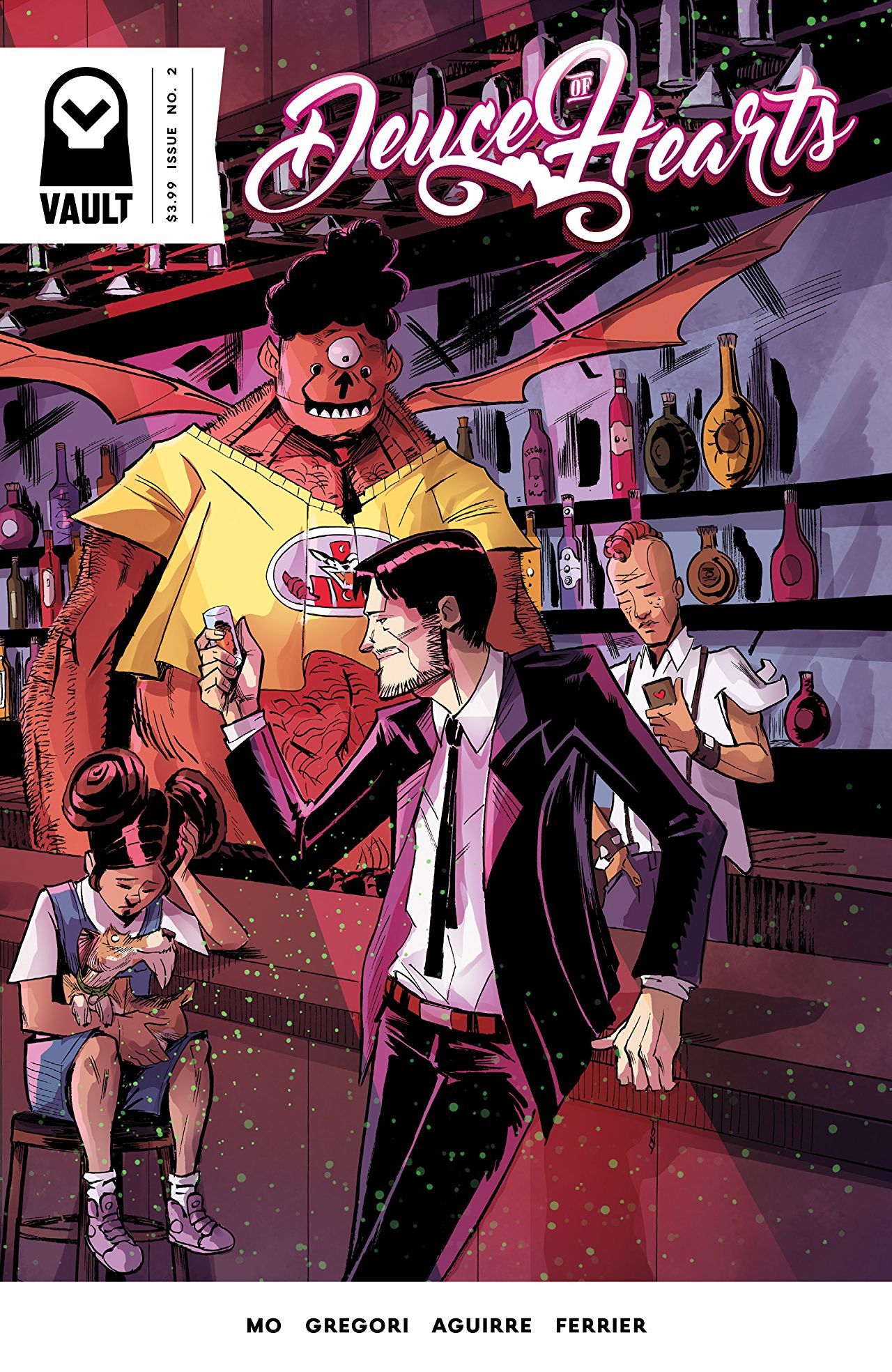 Last issue of Deuce of Hearts dropped a big cliff hanger in the form of a child. *Cues up Pusha T on the playlist.* A little girl named Sophie sits on the stoop of Sullivan’s place with a four-page letter that may or may not be sealed with a kiss. She’s looking for one Mr. Sullivan Husk as she’s sure he’s her father.

Sullivan Husk is a self serving and flighty man who is always just one step away from having his body dropped in a river to be sleeping with the fishes. This guy has been established by the creative team to have burned too many bridges. He now has a kid tagging along.

In the backstory of Sullivan and Joni-Sophia’s early years, we’re rewarded with a gem. Sullivan was young once. Young and in love. And the app’s existence goes back some years too, perhaps in its earliest years it was a catalyst in the heart breaking circumstances that took a toll on Joni. We’ve seen our guy completely wing it before in the last issue: for luck, for resilience, for other qualities to keep his head on his shoulders.

Yet I hadn’t realized other qualities could be gained in more dire circumstances: like a instant resistance to illness while on your death bed to make you feel good again. When I read the tagline for the comic: “Love is a commodity. Trade up.” I hadn’t expected to be thrown such a curve ball yet it is a great way to set up the characterization of who Sullivan Husk is: a man shaped by his experiences with love (and this magical app) and how he is completely dependent on treating others like commodities.

Sophie brings some needed grounding to his life, especially as a new deadly and not mortal enemy steps into the picture and attempts to 86 him. A hitwoman with ties to Mother Earth who is a no-nonsense hunter and who will be back soon before this ordeal is over. 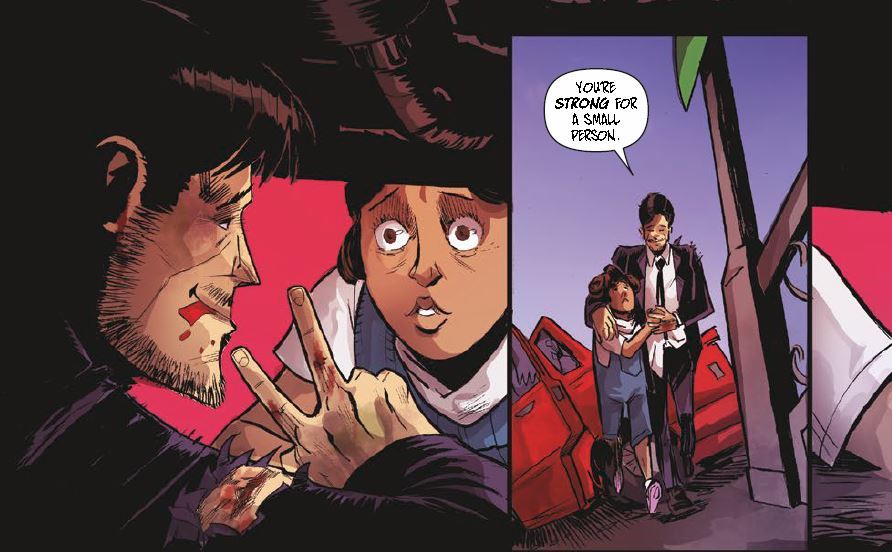 We’re gifted a second run of the unique and scruffy art that accompanies the narrative, upping the ante with new locations and new characters. From a shaman man who conjures up drug induced NSFW spirit visions to trains running in fantastic locations being stopped by murderous intent–there is a lot of jump in and love.

The coloring job beautifully adds to the art, especially in the latter half of the book, playing up vivid color and dark to catch your attention and somber you for other scenes. I really enjoyed the train sequence: the paneling helps direct the high action and high adrenaline with the sound effects popping all at the right times. This is good, weird fun that hopefully stretches on as far as this mini series will go.

For Sullivan, it is going to continue to get weird before it gets right. Sophie is a welcomed addition that may be key in turning Sullivan’s story around and helping him transform back into the good man he used to be.

8 ‘Unexpected Developments” Out of 10