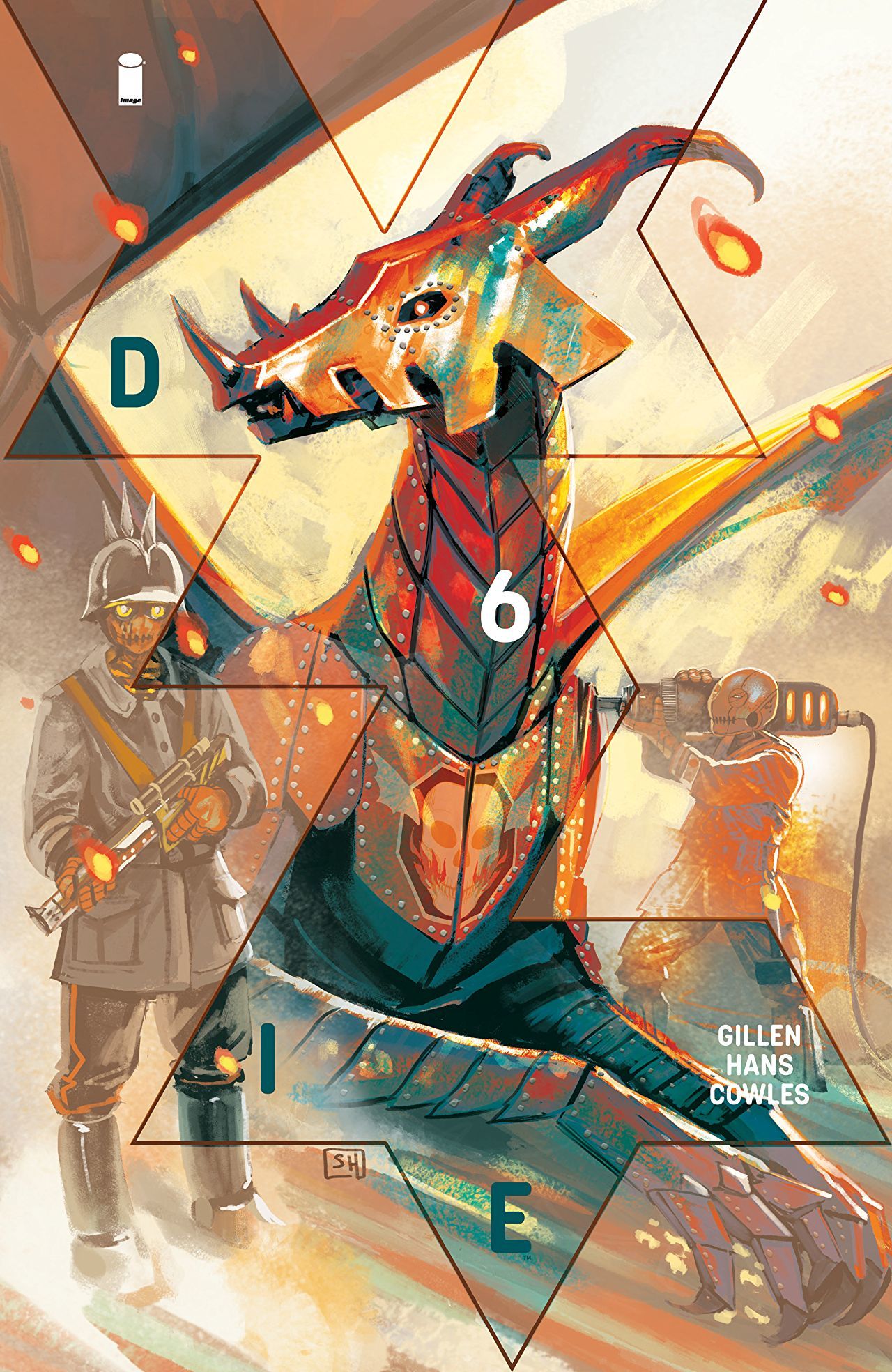 Die finished its impeccable first arc, and Die #6 is a change of pace from the epic last stand. But as the party slowly begins to fracture as the “Split the Party” arc begins, rest assured, the momentum is a brilliantly twisted take on escapism and fantasy. 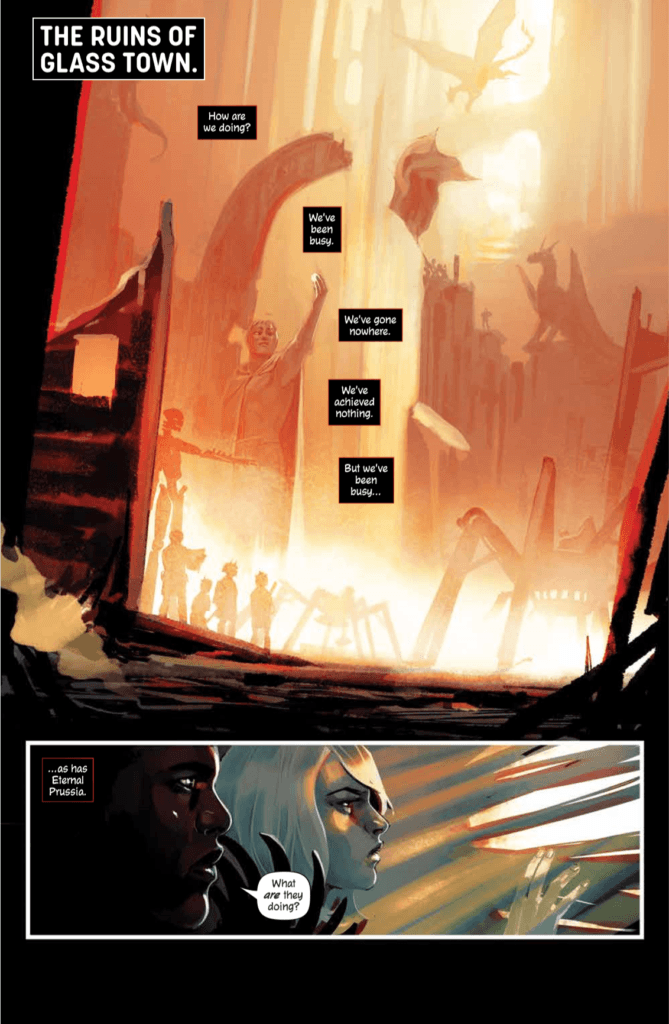 Now that Sol is among the rank of the Fallen, the undead players of the game, Ash, Chuck, Matt, Angela, and Isabelle are still trying to parse Sol’s motivations for creating this world while trying to survive the hellish landscape. As they make preparations for their migration out of Glass Time, two things are readily apparent: Hans is a brilliant artists whose distinctive blend of cyberpunk and tradition fantasy creates a dark, surreal world of intrigue that is so much fun to stare at, and Gillen is very intent on making us feel all of the emotions in the world as we watch Angela go on her own venture to collect Fair Gold.

As Angela recounts her “real world” life to her mechanical companion a.k.a. robo-dog a.k.a. Case, we get a brief glimpse into the horrors of game dev crunch and a reminder than human relationships are just so incredibly complicated even without the ability to manipulate reality in a pocket dimension. Gillen masterfully tantalizes the reader with these parallel constructions of difficult choices for Angela that force us to examine our own internal process and the somewhat nature of life. It’s bold and moderately frightening on a deeply personal level. And that doesn’t even cover what happens at the back half of the issue. 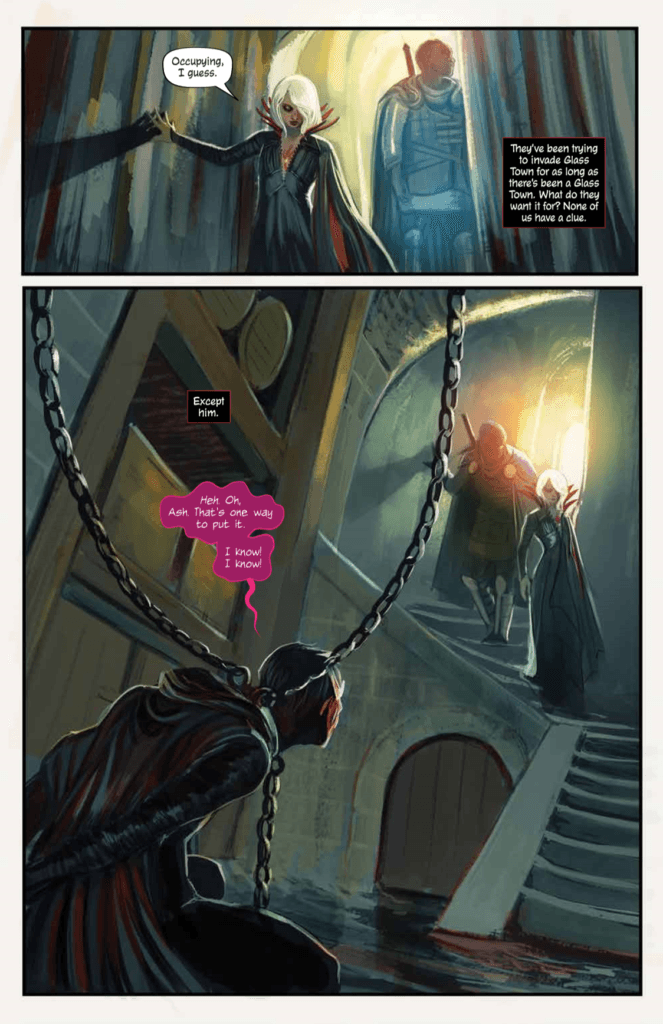 Die is hands down of the best comics on the shelves. It’s an amazingly inventive and haunting take on familiar tropes with impeccable construction. Having gotten a chance to play the Beta, I have even more respect for Gillen’s machinations, and I’ll be in a perpetual state of readiness for the next installment of what is easily my favorite on-going series right now.