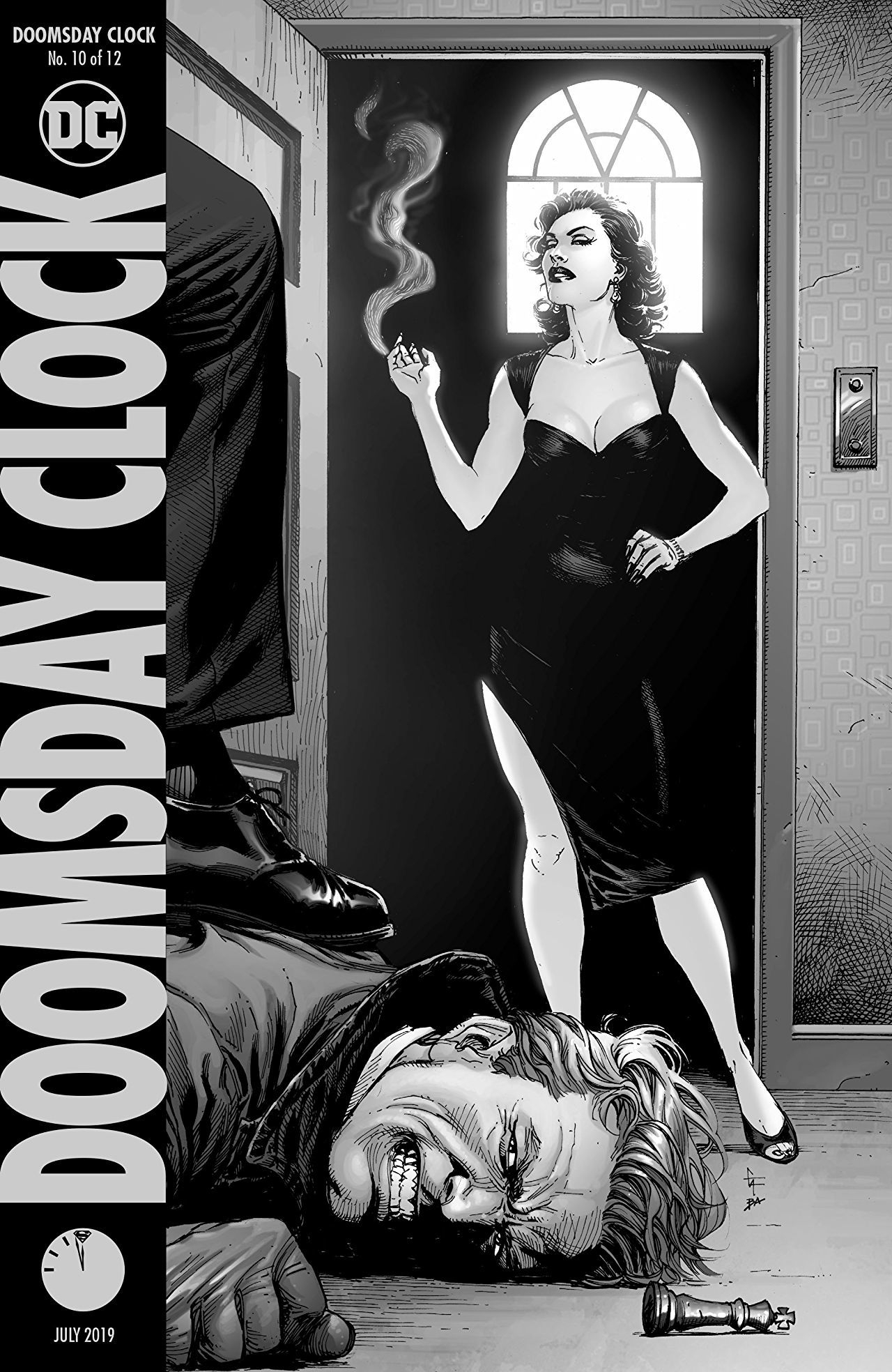 Things had sped up considerably on Doomsday Clock, so it makes sense to slow down a bit before the big finale. With two issues left, we spend the entire issue with Doctor Manhattan still grappling to understand what happens to the future. Or more acutely, the future that he has altered. Even including the Watchmen itself, this might be the closest and most concentrated read have had of Jon. We are taken through his experimentation with the multiverse and metaverse. Johns does a great job of this construction of Big Blue (ya know, the other Big Blue) as his lone motivation is to understand everything around him, which like a good scientist means controlled experimentation. The use of a non-hero or significant figure to navigate Jon’s way through time underscores the banal nature of it all. It is all insignificant to him until it is not. There isn’t forward movement on the plot, one that was sprinting straight ahead up to this point, but there is a welcome introspection with the series most important character.

After learning that he might be somewhat vulnerable in the last issue, we now see Jon contemplating some emotional response as he tries to make sense of the future. Or lack thereof. It does leave a lot of heavy lifting for only two issues in, but it has squarely set up the confrontation with Superman that was teased from the very beginning. 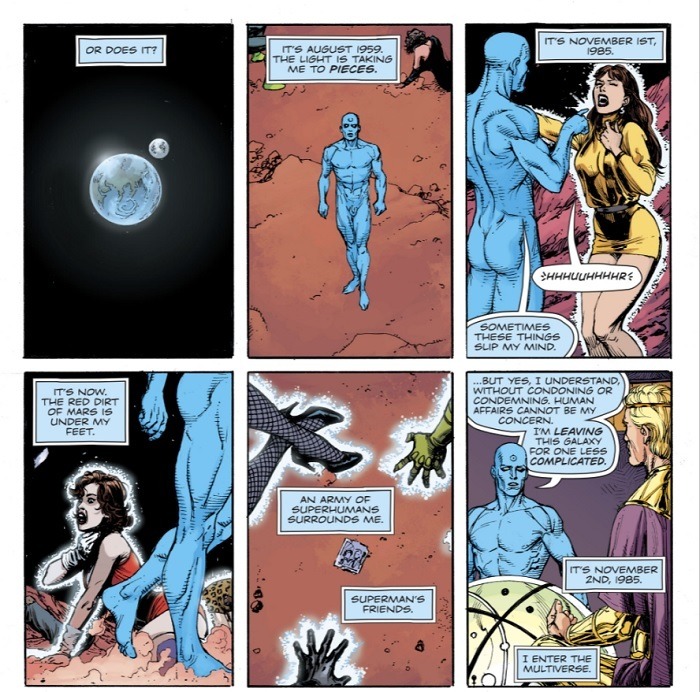 Frank continues to do the Lord’s work on this book, and I’ve become a broken record on this but that doesn’t make it less true. While we had big battle scenes last issue, this one is more of a contemplation following one character. Frank still teases out great reactions and staging of characters. It’s a demanding job this month as we move through several different time periods, often immediately from one panel to another, but Frank handles it easily nonetheless.

We got a brief chance to catch our breath this issue, but it looks like it is going to be an all-out sprint to the finish for the last two issues. I wonder if this issue with Doctor Manhattan with its interiority gives us too much of what to expect in the finale or if Johns and Frank still have some surprises for us.