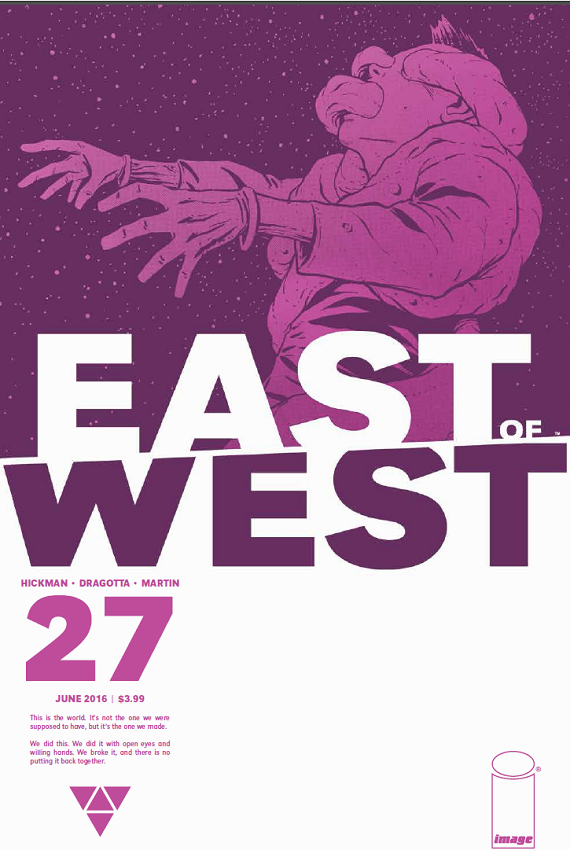 It is tomorrow we bury, here today.

Shit. I really didn’t have a whole lot to say after finishing my first read through of this, but I’ll muscle through because this issue deserves my best efforts. East of West is a sprawling drama that turns left at every canned plot device and gives us something unexpected. Picking up right where issue #26 left off, issue #27 opens when the Marshall and Bel kick in the door, wavin’ the 4-4. Ezra has called the Chosen here to deliver the Message, as is customary, and decide how the world ends and begins again. 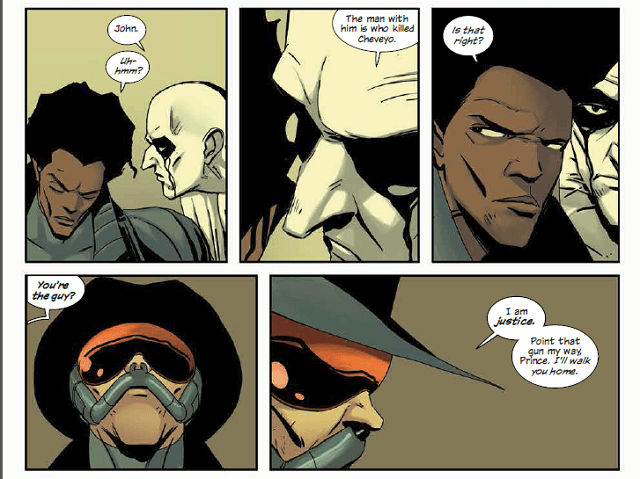 The problem is, Ezra, well, Ezra might be slightly drunk off the Message and his ideas and tactics are a little left, even for these esteemed, world-burning savages. This book is basically two parts: The long discourse of Ezra’s plan and the varying degrees to which the Chosen receive it. And basically, what happens after that. Total and utter chaos. It is amazing that Hickman crammed what feels like two very different but connected issues into 30-some-odd pages, but he pulls it off. 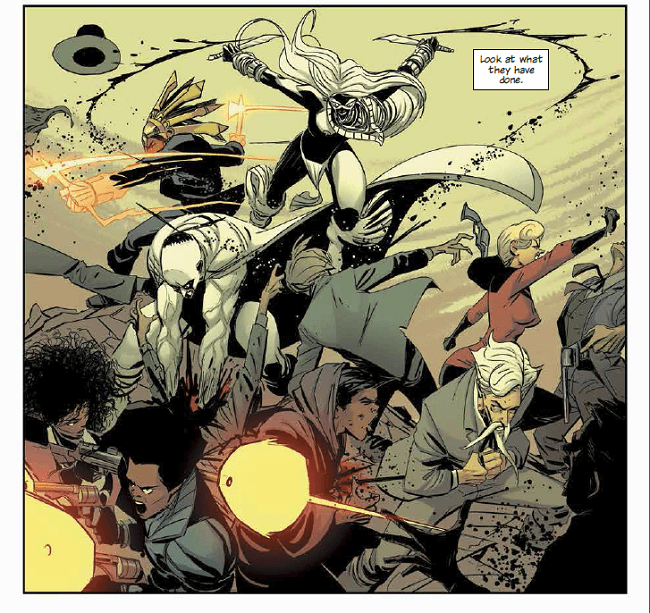 Each part has its strengths too. While Ezra and his plan are a bit long-winded, what makes the discussion so interesting is the interaction of the characters. Very few people in this room actually like each other outside of the aides they brought with them, so the tension and shit talk is at an all-time high as they position themselves against each other. The second part, the raw action still maintains great character movements and turns, but Dragotta, my gawd, does he put in the work here. It is battle, and violent and kinetic and at times, down right terrifying, but Dragotta pulls it all together for a quick moving sprint through all the bullets and knives and pursuit.

They set us up for this last issue and it delivered, big time. East of West has been in a perpetual state of war for several issues now, but almost impossibly so, the stakes are even higher now. What comes next is going to be good. Really, really good.