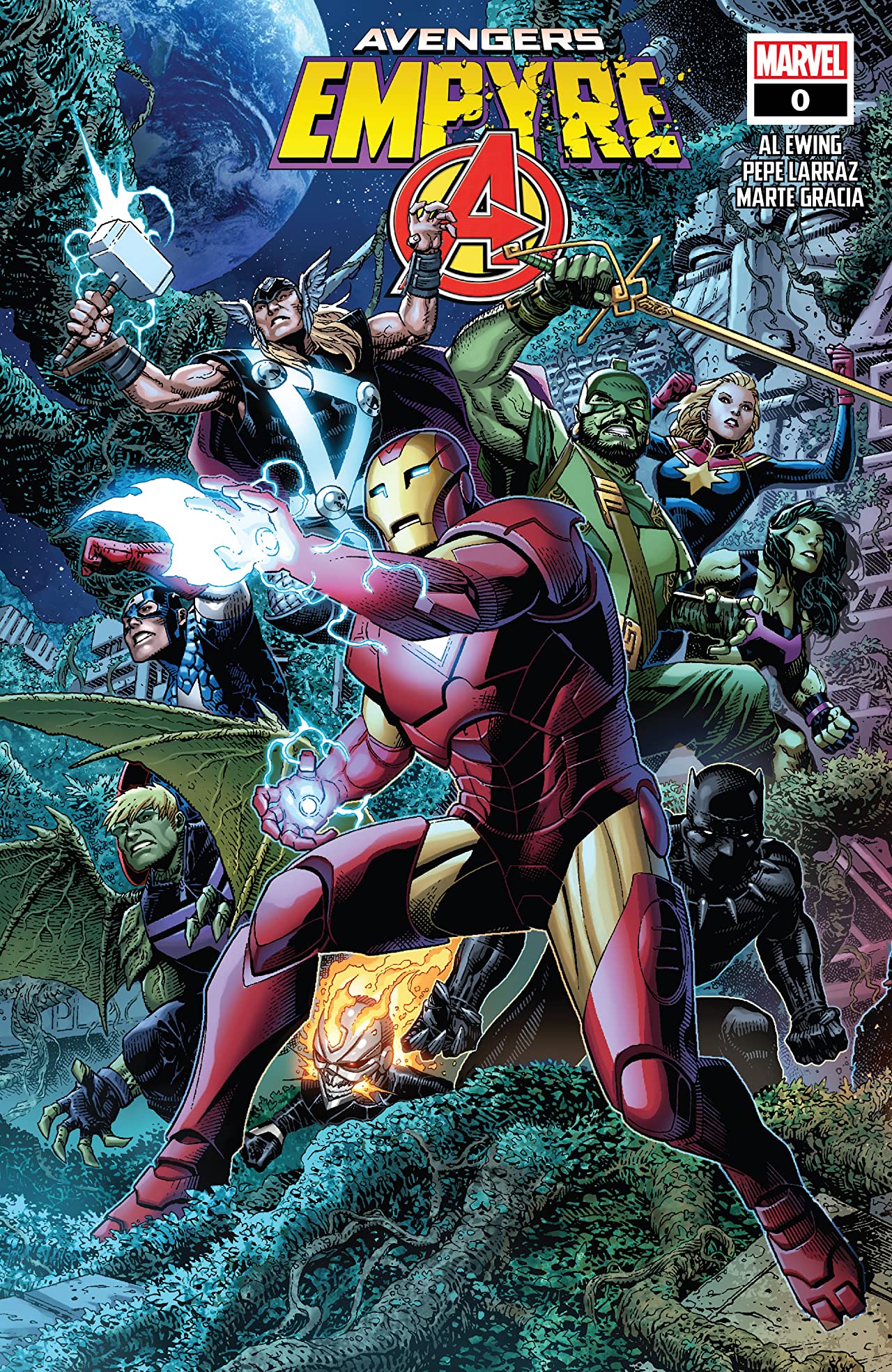 I’ll be honest. Even though I love line-spanning comics for the audacity of ambition, putting events into play that have ramifications all across a shared universe. However, there are cases where this can feel daunting and, at times, expensive for the casual comic reader to invest in so many titles to feel up to speed on whatever’s happening with their favorite characters. There’s prequels, there’s prequels to the prequels thinly disguised as “road to” or “countdown to” books. And not all of them justify their existence as something worth three bucks on a retailer’s shelf.

I didn’t feel that way at all about Empyre #0: Avengers. Al Ewing managed to put together a well-balanced refresher course to get readers up to speed on everything they need to know Avengers-wise going into this event. Ewing’s penchant for internal narrative serves him well in this story which is mostly told by Tony Stark, who is apparently plagued by dreams of past events that culminated in the infamous Kree/Skrull War. As events unfold, his inner voice is heavy, emotional prose. As you read on, you get the real feeling that what he sees and feels is having a genuine effect on his perspective, taking him out of his element. This soulful, poetic Stark is a welcome change of pace.

Meanwhile, Earth’s Mightiest Heroes investigate a signal coming from the mysterious blue area on the Moon. What they find ends up being much needed insight into a coming threat they never thought they’d face. Though this is mostly primer, it’s still an effective script that doesn’t sacrifice the voices of the characters for the sake of info dumping. And although Ewing delivers a strong script, Pepe Larraz’s artwork is the star of the show here.

Combined with Marte Garcia’s strong, arresting color palette, Larraz’s pencils are vibrant and full of energy. Every panel jumps right out of the page, always lively and keeping your eyes interested. The key battle scene manages to be exciting and easy to follow despite not necessarily being the centerpiece. The architecture on the Moon’s blue area garden is definitely well thought out and, depending on how successful this event ends up being in the long run, should absolutely be featured in a Marvel Ultimate Alliance video game.

Bottom Line: A smart script that gets you up to speed but doesn’t feel like a study guide combined with gorgeous, kinetic artwork makes for a book well worth the price of admission.