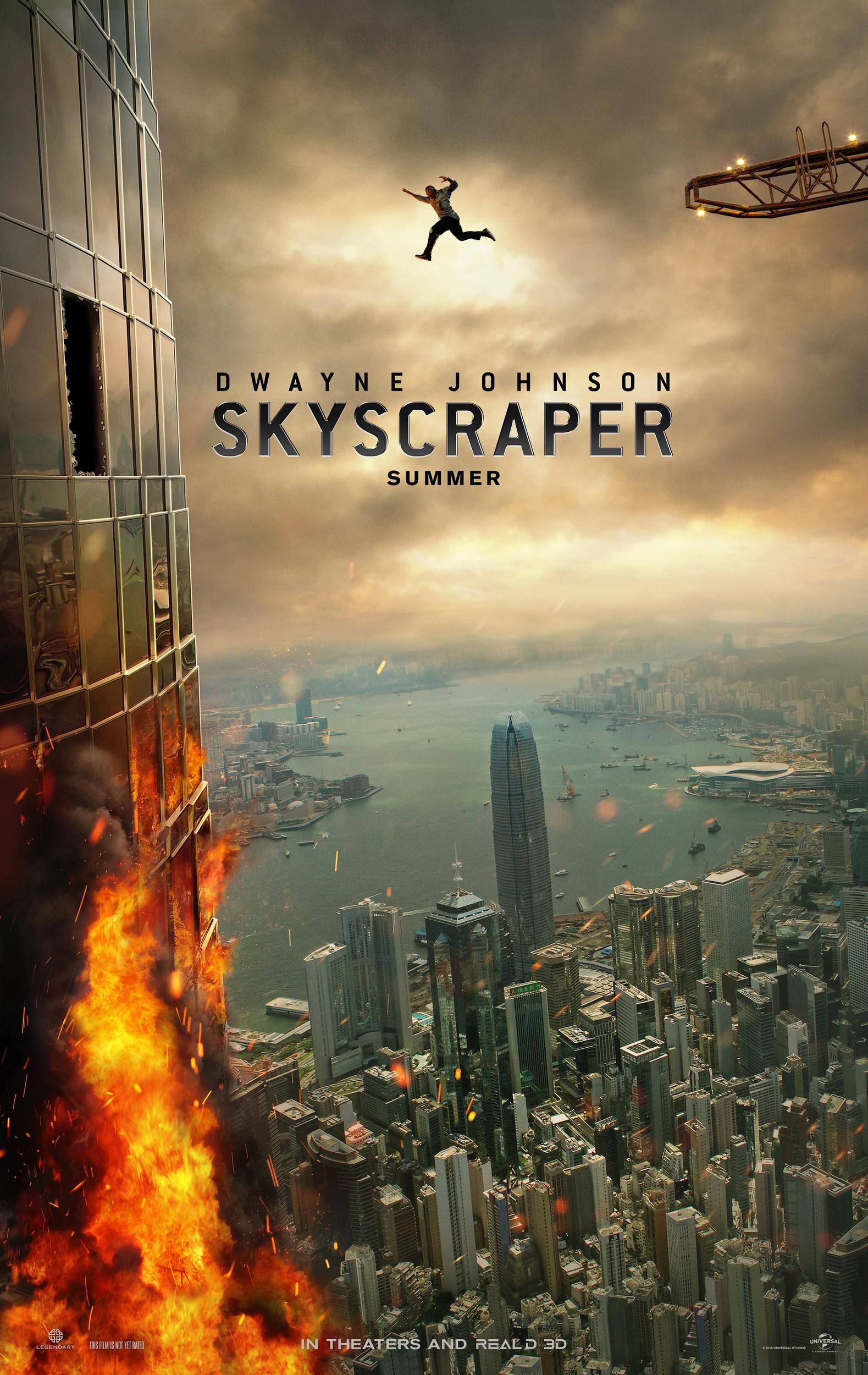 Skyscraper is an action-packed ride from beginning to end. Starring Dwayne “The Rock” Johnson as “Will Sawyer”, a veteran working in the world’s tallest building located in Hong Kong, the film promises high-in-the-sky thrills, and doesn’t disappoint. Written and directed by Rawson Marshall Thurber, Skyscraper isn’t a movie that will have you contemplating the meaning of life as you leave the theater. What it will do is have you cheering for The Rock (yes, I will call him that til the day I die) as he fights against time and the bad guys in order to save his racially ambiguous family from danger. Here’s what you have to look forward to.

A Hero with a Disability

Although I pretty much enjoy every film that The Rock makes, I knew this one would be different. The Rock (fine, Johnson) plays a U.S. vet who loses his leg in combat. This isn’t just a throwaway piece of information; the characteristic plays an important role in the plot throughout. Now, I can understand how folks might want to see an actual person with this disability play this role. Recently, the interwebs have taken to task actors who take parts in movies that could be filled by those who actually have the required characteristics (*cough* Scarlett Johansson *cough*). Still, I am a Rock–err, Johnson fan and I love him in everything from pink tulle to WWF. He’s not trying to get an Oscar nom for the role of Will Sawyer, although that would be cool. He’s making an action film that highlights a very real consequence of combat. 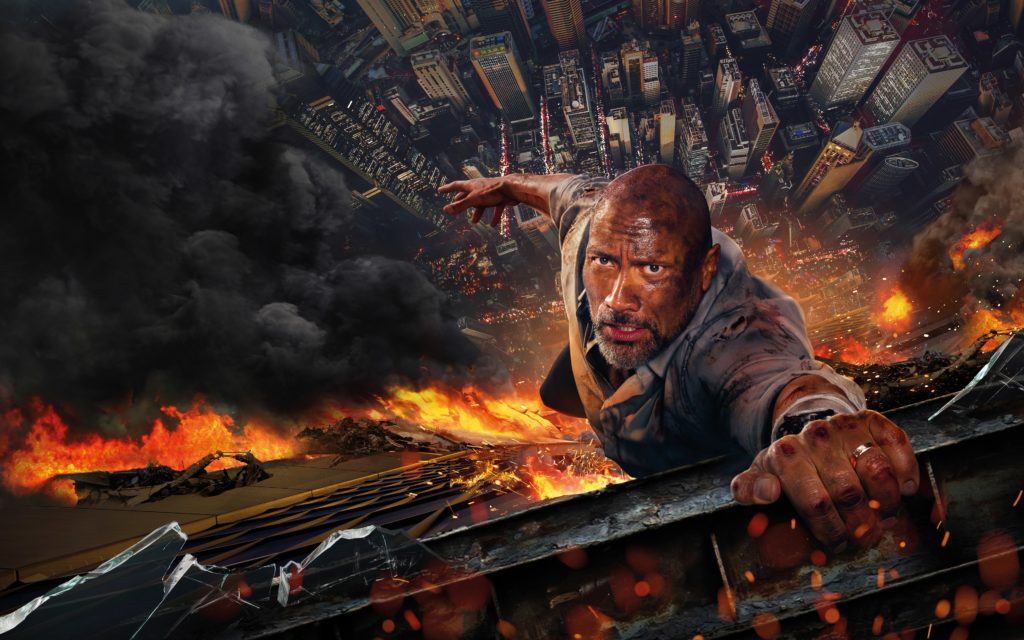 The summer blockbuster begins with the combat scene in which Will Sawyer encounters a WHITE DUDE with a gun and loses his leg. The rest of the movie has Sawyer and his Chinese billionare boss (Chin Han) working to thwart other maniacal white men looking to gain through violence and bullying. Look, this trope, while prevalent in today’s actual headlines, is rarely touched on in random action movies. Usually, the foreigner (read: dark-skinned person) is the bad guy, and I am here for this script flip. Let racially ambiguous Will Sawyer save the day! Allow this beautiful biracial family to participate in normal, everyday activities, like going to the zoo and dealing with terrorists in a ridiculously tall building that eventually gets set on fire and is technically compromised.

Neve Campbell, who plays Johnson’s wife, “Sarah Sawyer”, isn’t relegated to the role of hot, boring wife of the lead character. She has her own storyline as a Navy surgeon, which gives Sarah the know-how when it comes to kicking ass and emergency medical needs. Sarah Sawyer also takes damn good care of her family while running around a burning building. She refuses to wait around for her savior hubby, and I respect that. She also speaks the language and acts as a rock (pun intended) for her husband.

We also have Sarah’s evil counterpart, “Xia”, played by Hannah Quinlivan, who basically murders every dude who gets in her way. As part of a crime sindicate we never really see, Xia’s tasked with taking care of business off site. She doesn’t have many lines, but I enjoyed watching her fuck dudes up. In these kind of action films, the women are usually vapid and pointless characters. Both of these kickass females helped move their characters away from the typical action film lady lead. 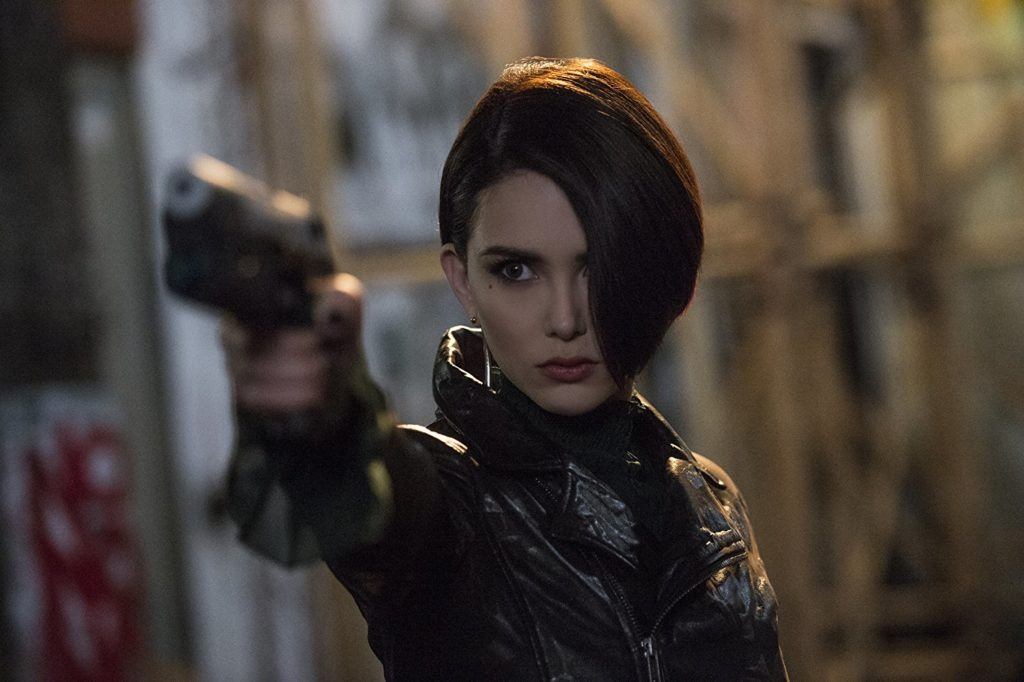 A Waste of the Tallest Building in the World

In this film, the skysraper itself is a character. The Pearl is as high tech as they get, and Will Sawyer is the insurance agent (???) who knows the system inside and out. There are 240 floors, a big sphere room of mirrors, gardens and luxury apartments, all powered by turbines using self-sustaining energy. The security system and safety measures make The Pearl unpeneterable. I mean, I want to go. This place looks dope. Unsurprisingly, some shit goes bad and the system gets into the wrong hands. But wait! They can’t access what they want and they need…The Rock! The only way they’re going to get him is by fucking up this innovative-ass building and stealing his racially ambiguous fam. Low blow, bad guys.

By the end of the film, I just felt bad for the skyscraper. I mean, it deserved better. The thing had a room with crazy reflective mirrors that made it look like you were floating in the air. Shit is cool AF. As the movie moved toward the ending resolution, all I could think about was that poor building and all the hard work wasted. A damn shame, is what it is.

If you are a fan of The Rock, of action movies with vague plots and lots of crazy angles from really high up, this film was made for you. I watched it in Standard definition, but I’m sure the 3D version makes the CGI even more breathtaking. I had the chance to screen this at the DJ Khalid special premiere at the Landmark Theater in Los Angeles with a bunch of slightly tipsy, free popcorn munching media types. Collectively, we gasped, giggled and groaned as Dwayne “The Rock” Johnson did his thing in this non-so-typical action movie. With the right crowd, zero expectations and a good sense of humor, I encourage you to find a bit of reprieve from the summer heat and kill a couple of hours ogling The Rock in Skyscraper.