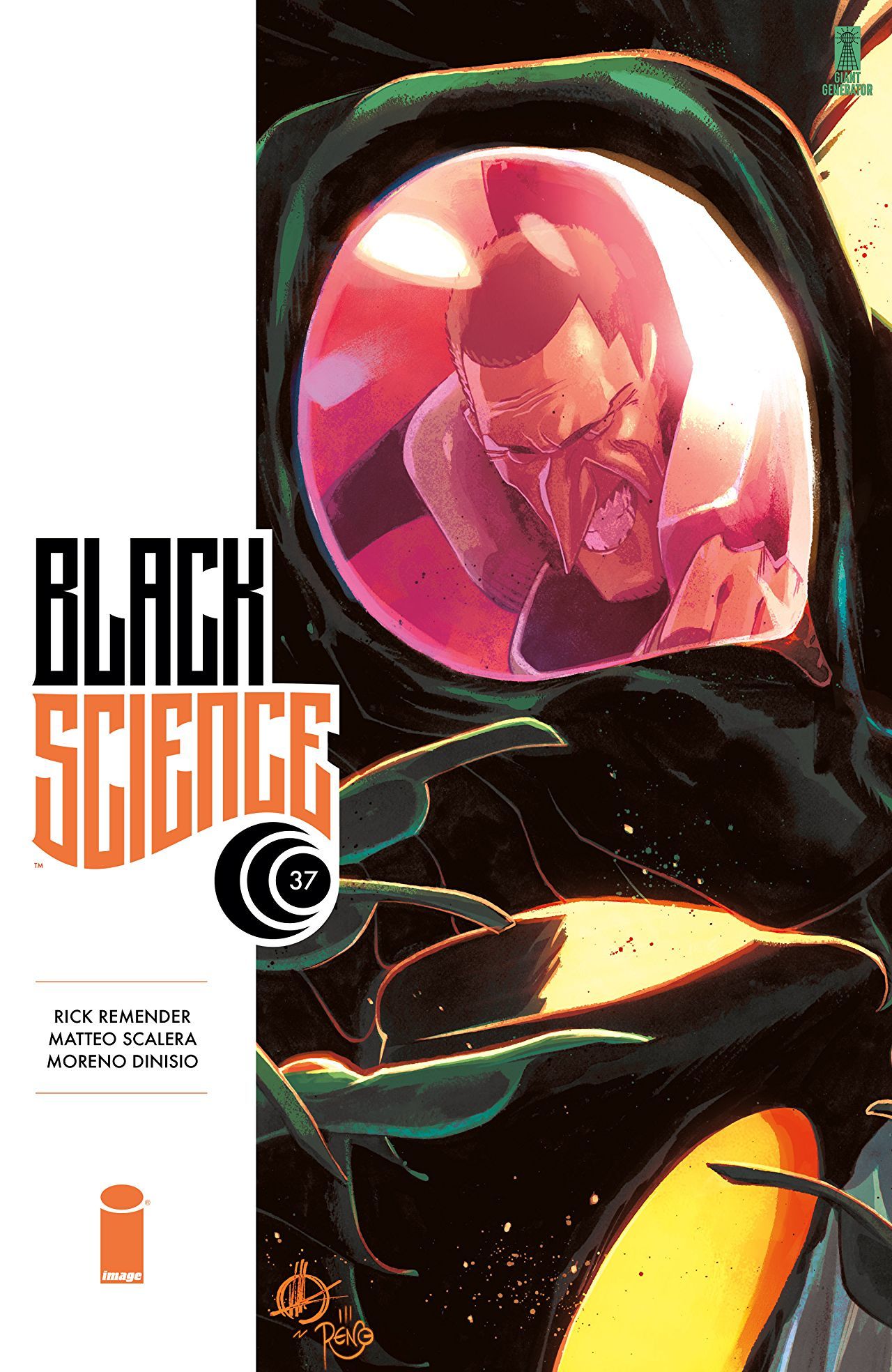 Rick Remender’s sci-fi masterpiece is raising the stakes as it enters its final chapter. Grant and Sara emerge from counseling more dedicated than ever to find their children and make their family whole again. One of the most attractive elements of this story is how big the concepts are. Imagine a married couple so broken, they’re poisonous to reality itself and there’s a facility dedicated to fixing your terrible marriage. Remender has this great way of taking these intangible concepts and using sci-fi to not only make them corporeal but make them possibly threatening. Love or a lack thereof is an emotional construct that might destroy the whole of creation.

There’s a bit more action involved in this issue, but the character development is still there. You can definitely see Grant and Sara finding ways to trust and admire each other now that they’ve learned to forgive one another. They’re not just a limited partnership with a goal in common. They’re a real team for better or worse. That, in itself, is such a wild story and the script delivers on the tension brought on by this scenario. 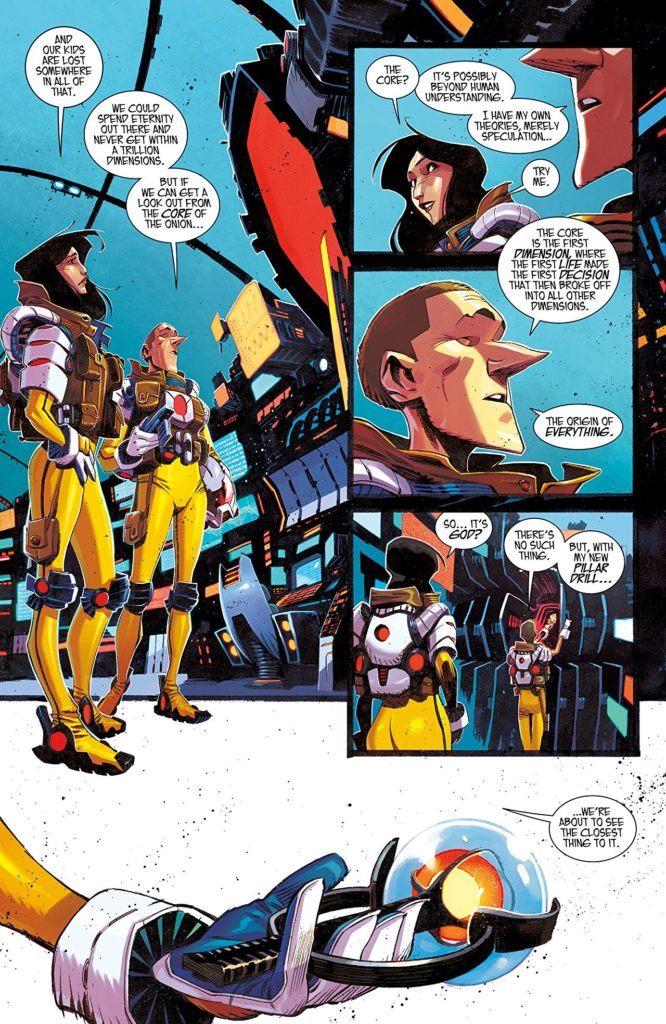 Matteo Scalera is on fire with some of the best artwork he’s done in the whole series. To be able to maintain such quiet tension while still keeping the pace of the script fast and exciting is a talent not everyone in the business has. The pulp quality of his last page panels always leaves you wanting more with your jaw on the floor, marveling at the detail in his linework.

Bottom Line: Another slam dunk issue from one of the best creative teams in the business right now. Remender’s story is picking up speed as it heads towards the finish line and looks great in the process.