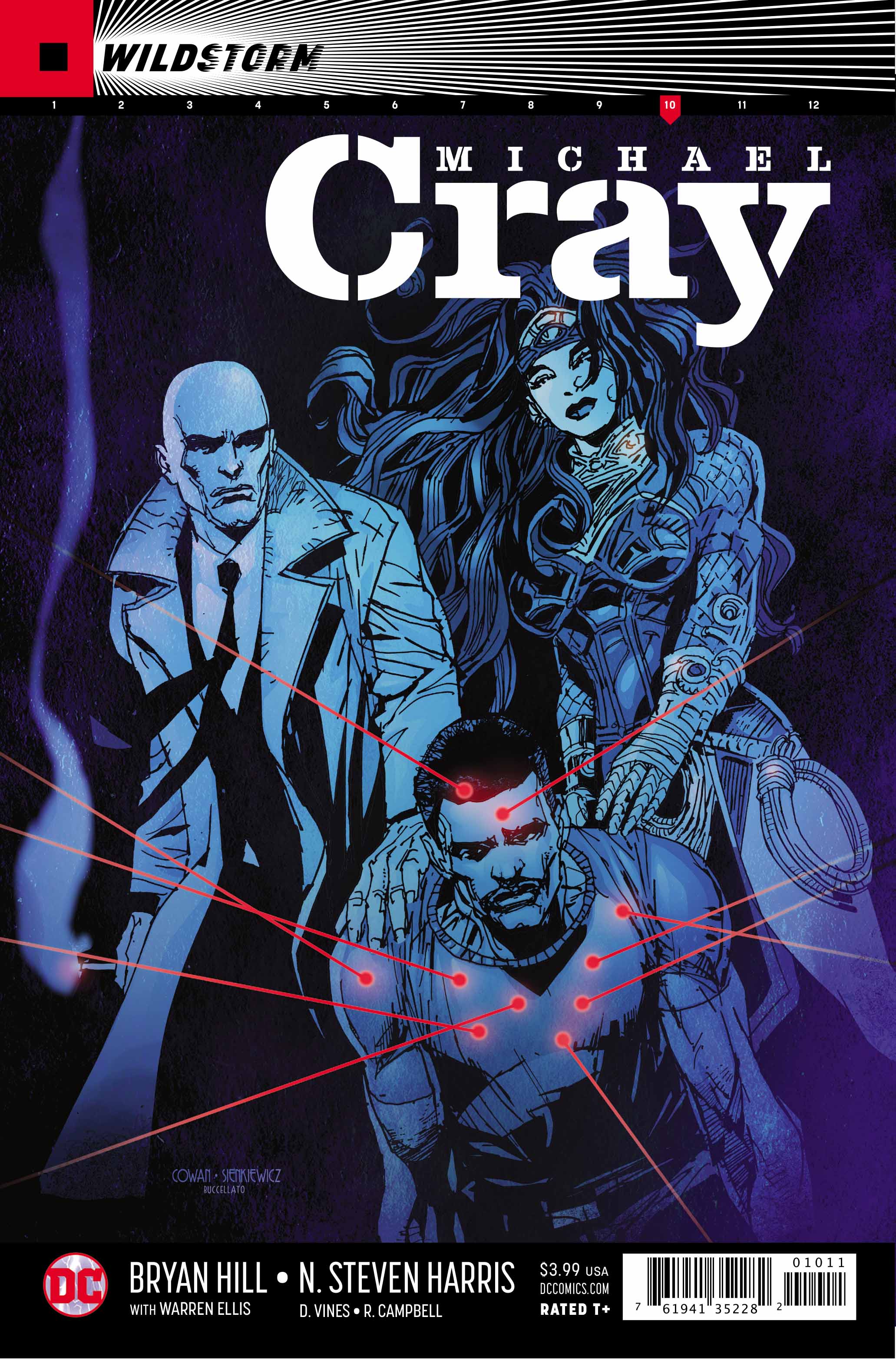 It’s been a minute since BNP has looked at Wildstorm: Michael Cray, and it’s safe to say the Wildstorm solo title has definitely come into its own. The alternate DC canon helmed by Warren Ellis certainly has a lot of moving parts with International Operations and Wild C.A.T.S. and Skywatch and Project Thunderbook and the weird world of aliens and wrapped mirrors of familiar faces. Michael Cray’s solo titles pairs down a lot of the extravagent world building in favor of Cray’s endeavors as an assassin exemplar and as we near the end of the arc, it is worth catching up on. 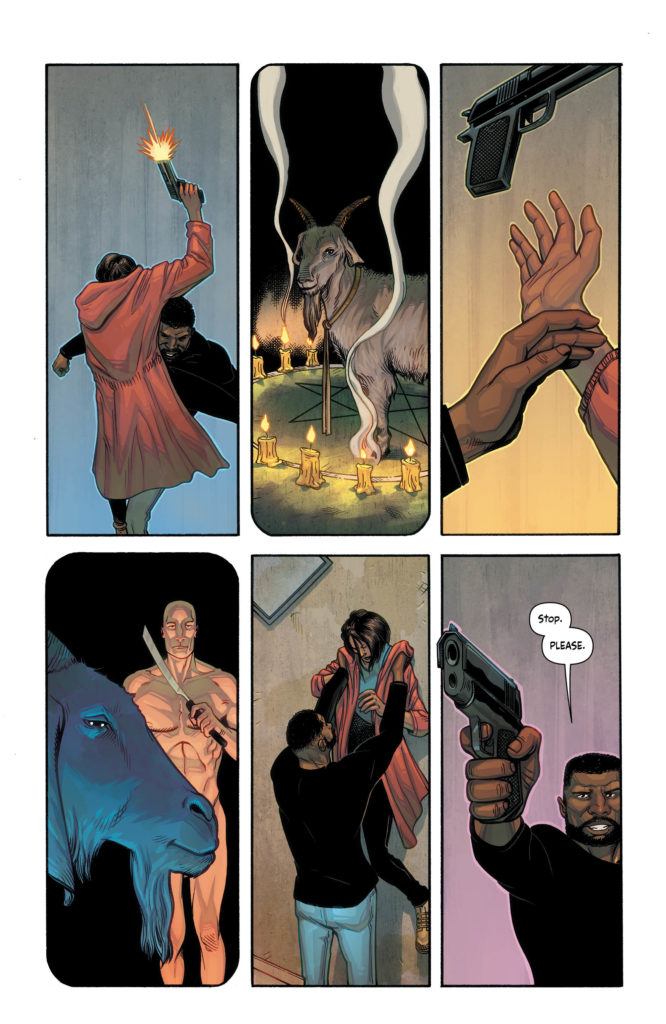 I’ve been a fan of a different Hill Administration title, but Wildstorm: Michael Cray #10 just feeds the fuels of this fan. Hill is the type of author you follow across characters, brands, and titles because he is just that good at storytelling. The intertwined lives of Michael Cray, Dr. John Constantine, and a deathly dark Diane Prince as they unfold in this latest issue is packed with tense moments. Paired with the combined artistic efforts of Harris, Vines, and Campbell, you have a visually engaging sci-fi story with occult/mystical elements that pop off the page. Hill’s takes on John Constatine and Diane Prince flexes his versatility as a writer as he somehow manages to inject an even more chilling aloofness to Hellblazer and a peculiar viciousness into the Wonder Woman. There is never a dull moment between the visceral action sequences and the dramatic conversations at tables and on rooftops. And connecting these elements together is Michael Cray, who despite hunting down various iterations of our favorite heroes remains a sympathetic and fascinating character trying to reconcile his actions. As Michael Cray continues to embrace the extraordinary circumstances he finds himself in, the story continues to unfold in new and exciting ways. This is sci-fi spy fiction at its finest. This self-contained story within the wider Wildstorm is a condensed, accessible window in the wild world of Ellis’ alternate canon that Hill too embraces the extraordinary.