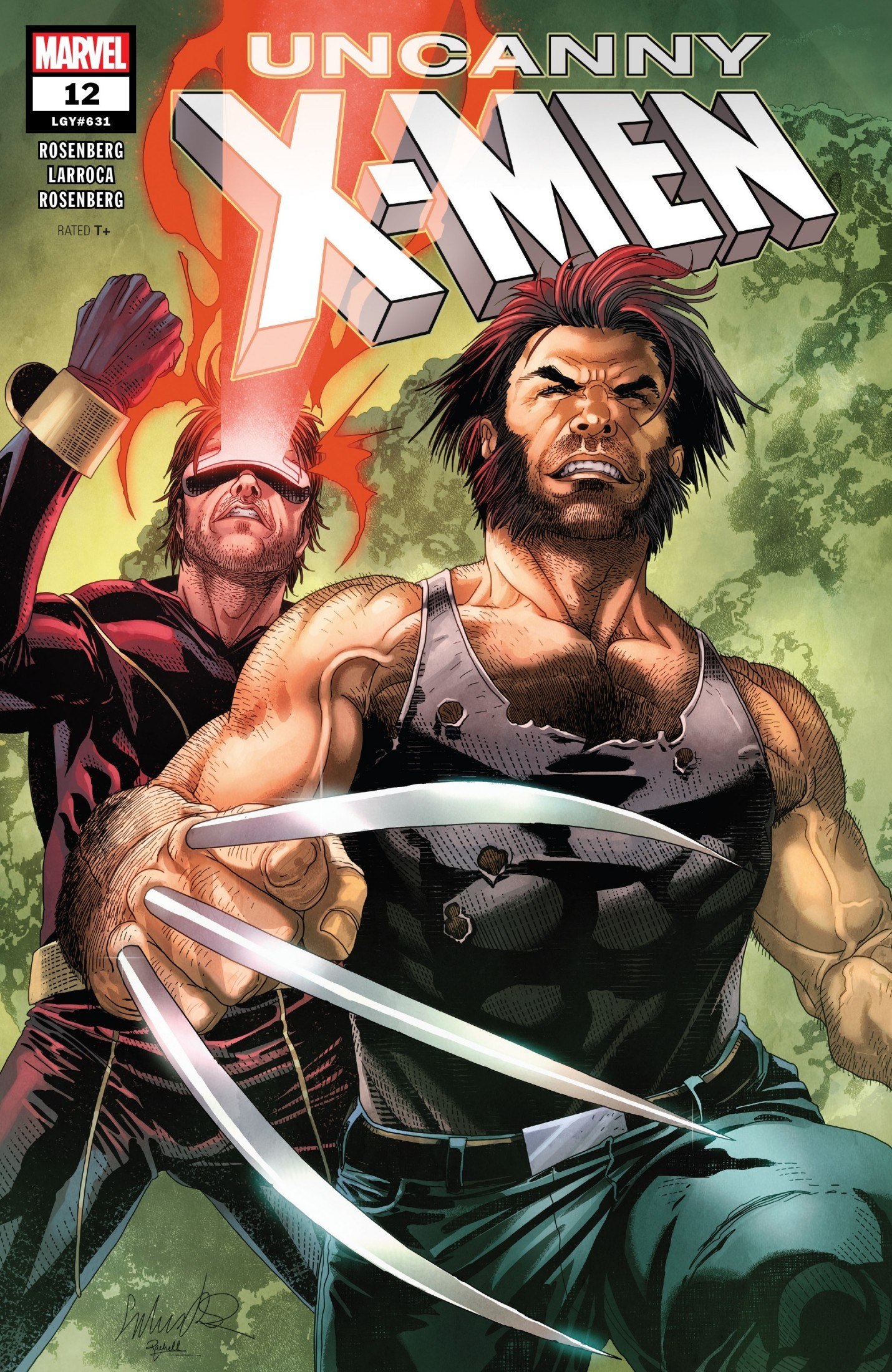 The X-Men are dead. Long live the X-Men. In the aftermath of an epic battle with X-Man, all mutants present at the fight were exiled to a splinter reality. Any remaining mutants were apprehended by national security, or have gone into hiding. Cyclops has been resurrected with a little help from son Kid Cable (and a miniscule Phoenix Cage in his heart). He puts out a call for any X-Men to team up with, but stands alone as Reavers and Purifiers greet him instead.  Wolverine, also fresh from the arms of death, has watched Summers from a distance. He joins his remaining teammate to put in work for old time’s sake.

Uncanny X-Men #12 starts only moments after the previous issue. Logan pulls bullets from Scott’s body as the two share their most expressive scene since re-meeting. Scott regrets the mistakes he made that led to mutants becoming even bigger targets. Logan assures him that they are still not alone. From there, the story unfolds in a series of heist film-style vignettes as Scott and Logan begin raiding government facilities in search of any remaining X-Men and mutants. They successfully break out members of the New Mutants. A trio of Multiple Men, Wolfsbane, and Magick are retrieved from a facility where they were quarantined after infection with the Techmodus virus (see last year’s “The New Mutants” mini-series). 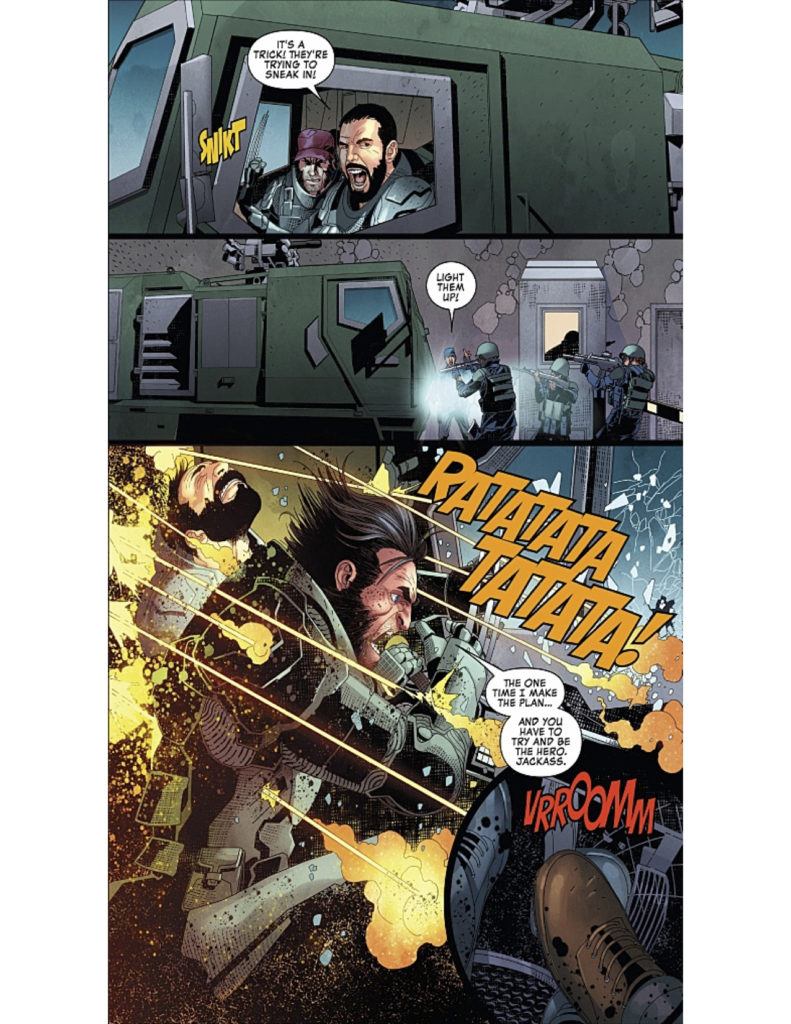 The routine jail breaks take a strange turn when they discover a new breed of Sentinel that are curiously passive and can also bleed. After slicing one open, the mutants discover Strong Guy and Dani Moonstar being used as sentinel-mutant hybrids. Meanwhile, Cyclops finds his brother Havok suspended in the air in a torturous energy field. In their escape from the facility, an unsuspected bomb implanted inside of one of their own takes the life of an X-Man not too long after his return. In the frenzy of the battle, the surviving X-Men flee using Magick’s teleportation abilities for the sake of the future mission. 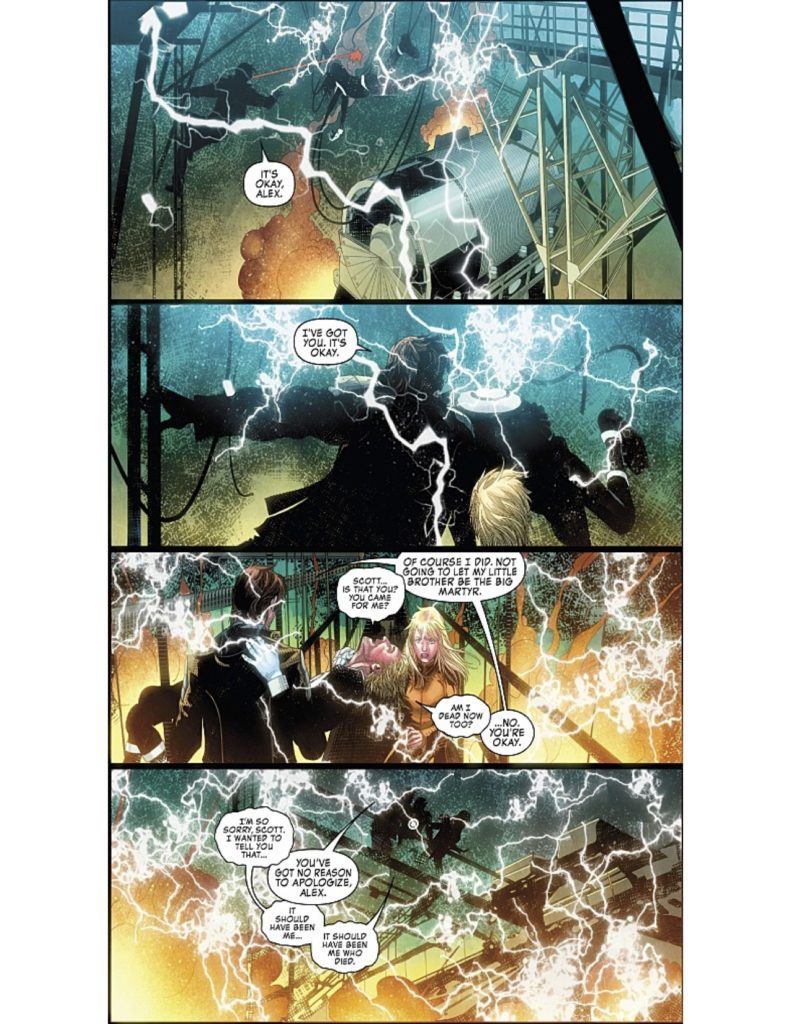 Part 2 of “This is Forever” in the post-Age of X-Man-cataclysm continues the journey of Cyclops and Wolverine struggling to carry on the dream in a world that is ultimately glad most of them are gone. Now living in a reality as grim as some of their darkest possible timelines, the story truly forces both the reader and the characters themselves to question the existence of the X-Men. Larocca’s linework here improves upon previous issues, but excels the most in depicting the elements of motion. The panels where Cyclops discovers his brother are especially powerful, and owe a great deal to colorist VC’s Rachelle Rosenberg.

A ragtag group of X-Men is starting to take shape, but what is their mission? What do they want? And more importantly, will anyone care? Can a new team of X-Men still make a difference even as mutants are being hunted and an anti-mutant vaccine is now widely available to the public?