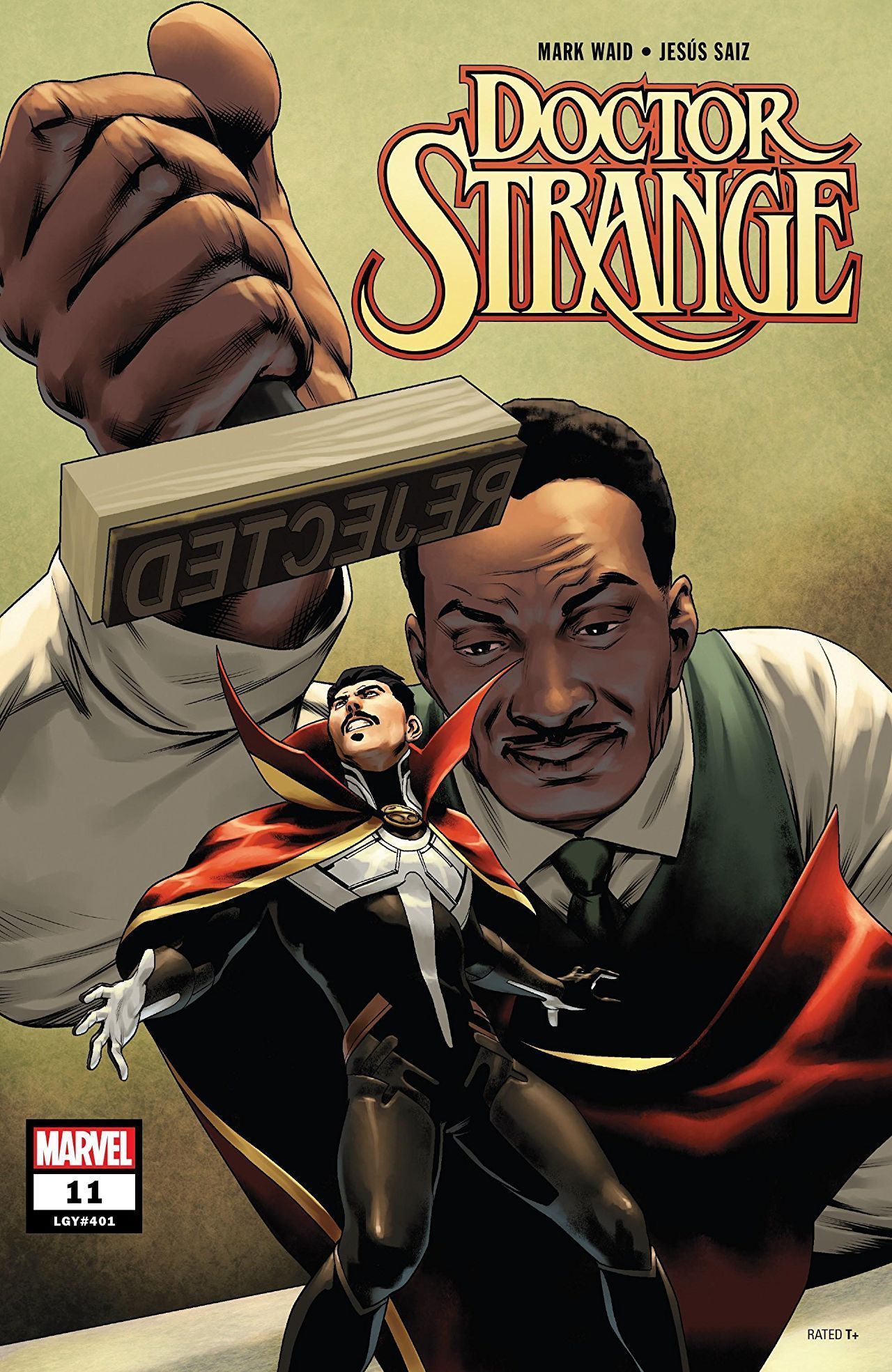 If the last issue of Doctor Strange was an interesting exploration of magic in the form of financial bureaucracy, #11 is the classic last act of an action movie. The end of Waid and Saiz’s two-part “Remittance” arc puts Doctor Strange and his estranged companions face-to-face with a gang of Dormammus tearing up New York.

At the jump of this rooftop stand-off, Strange teleports his team away. Dormammu mocks his sympathetic tendencies to protect his loved ones. They commence a dialogue. In true, Syndrome-from- The Incredibles-form, Dormammu is lured into a villainous reveal of his plan of vengeance. After countless embarrassments at the hands of our title character and exile from his people, the Faltine, he plays his hand to conquer both in one swoop. Knowingly unable to defeat the collection of demons (let alone Dormammu), Strange bets on the abilities of Wong, Kanna, and Zelma to assist him. His plan, though fruitful, falls short of ending Dormammu…but an unexpected force seals the deal. 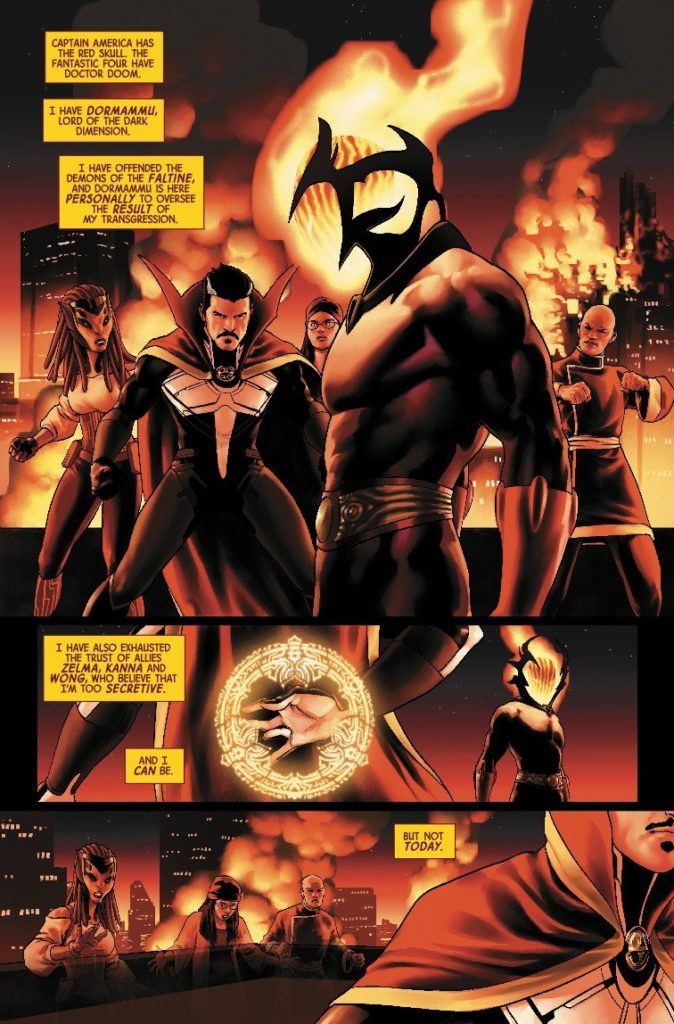 This comic was a satisfying cinematic finale, complete with the initial tense good guy/bad guy face-off and lines like “we circle each other like a couple of gunslingers waiting for one another to flinch.” Hilariously, even after feinting conversation to unleash a quickly thwarted surprise attack, Dormammu still can’t resist talking at length. I can hear him now in my imagination: “You sly dog…you caught me monologuing! Now, where was I?” Strange’s plan to send the team back to the accountant’s office in order to imbue them with great, temporary power was the most interesting and well-handled part of the story. They end up using their own specialties to make the most out of these newfound abilities. Wong goes Power Rangers-style, growing to the size of a giant Faltine to Kung fu them in the face. Kanna utilizes her technological capabilities to construct a makeshift magic weapon out of some stuff she finds in an electronics store. Zelma has the most impressive feat, retreating to Strange’s sanctum to maximize her strength: Applied Research (I’m dead serious, you should read it).

Saiz’s realism-driven comic style is welcome alongside the fun story. Simultaneously dark and colorful, the book is ominously dazzling. In a book full of demons and aliens (well, one alien), it is impressive how seamless such a realistic style works with the comic.