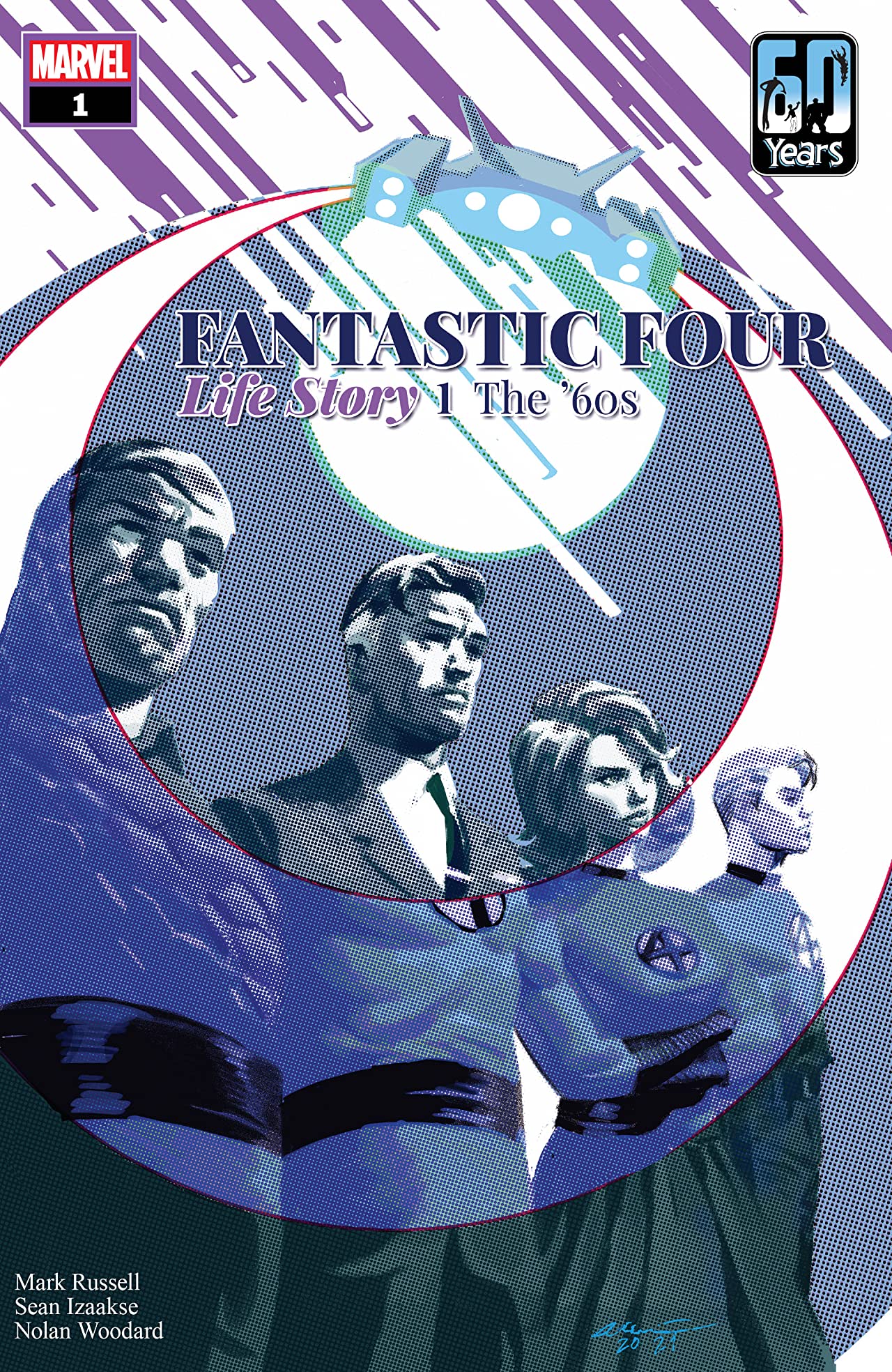 While retelling an origin story can grow old fast, especially in film, sometimes there is a great need for them in comics. They serve as great introductions for new readers unfamiliar with popular characters and their most notable stories. Marvel has always done well with these kinds of stories, as seen with Rise of the Black Panther. Fantastic Four: Life Story #1 is no different and off to a great start. It just might be the go-to book for newcomers wanting to get in on everything great about Marvel’s first family.

There is nothing more classic than putting the Fantastic Four in the 60’s. Fantastic Four: Life Story #1 makes an interesting choice with its storytelling. The first is having Reed Richard’s narration while events play out giving readers a deeper look into the mind of the world’s smartest man. The second is showing a definitive passage of time, something that doesn’t happen often in comic books as time usually moves forward but our characters stay the same age.

The first issue starts out in the 1960s and chronicles the team’s adventures for a decade until 1969. Presumably, each issue will span a decade making the second issue a journey into the 70s. It’s an interesting concept as we see appearances from notable figures like Presidents Kennedy and Nixon. We also get a look at the team’s first few adventures while events like the moon landing and the Civil Rights movement play in the background.

What Fantastic Four: Life Story #1 does really well is chronicle the team’s first few encounters in an easy-to-digest manner, from the accident in space to other early events in their life. Events do move a little too fast, but it’s fine because the core story is strong. For the most part, the issue focuses on the rocky start to Reed and Ben’s relationship, which is far more different than you would think, at least at the beginning until they start to develop the friendship that we know. What’s disappointing is that Sue and Johnny take a backseat, which I hope changes in the next chapter.

We have an interesting book on our hands. I think what Fantastic Four: Life Story #1 accomplishes is providing readers with not only a streamlined summary of their greatest moments but another view of the first family’s dynamic. Sean Izaakse’s also does great work, as always. His art style fits well with the retro style of the time period and, though the action can be brief, there are plenty of wonderful spreads throughout the book that illustrates the wonder of the team’s encounters.

9 Scientist as Talk Show Guest out of 10