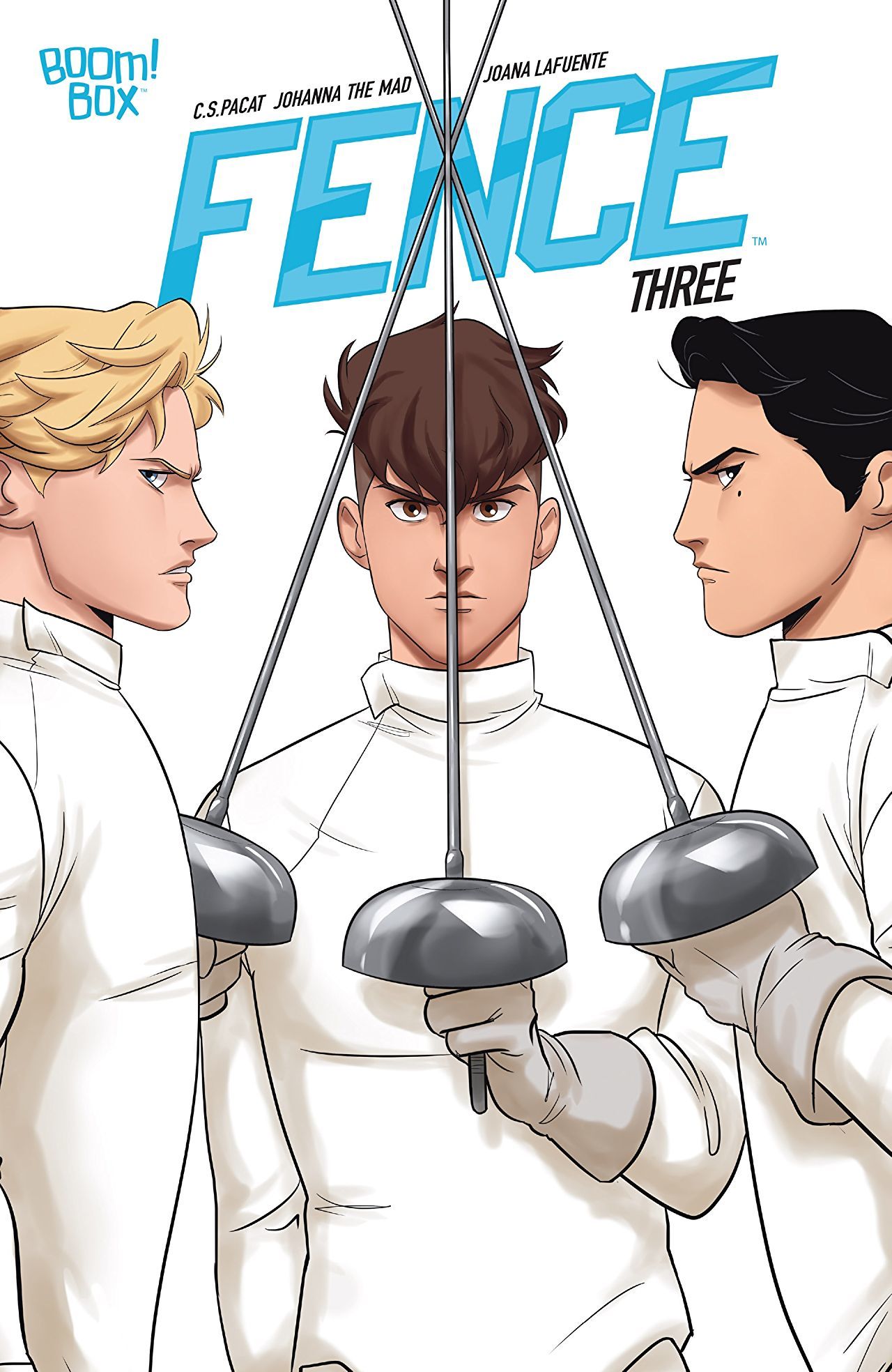 Jumping right back into the fray, Fence #3 opens with Nic and Seiji racing each other. If nothing else, their competitive natures and growing rivalry is consistent and on brand AF. The underdog of our story, Nicholas, is working to become a better fencer, showing his potential by the end of this issue. As Nicholas trains, surprisingly it is Seiji who takes an unexpected interest in his journey. Seiji, who notoriously nicknamed Nicholas, “Zero” in previous issues starts to turn a critical eye to his progress. Interesting. I’m very curious to see where Pacat’s writing in terms of developing these boys will take us.

The educating bits in the comic are illustrated with ease and mostly simple to follow with the exception of the panel detailing what a good stance looks like. If you’ve always wanted to learn about fencing and love comic books as a medium to learn something new, Fence is shaping up to be a teacher in how the game is played. Lafuente’s coloring stays vibrant especially in scenes where Seiji and Nicholas are involved. ESPECIALLY.

This issues gives us a better idea of the school, a boarding school with certain uniforms to wear for certain occasions. Lights out hours, for example. The “lack” of privacy scene is pretty hilarious. The school imposes a strict system that Nicholas is slowly getting used to but has had some struggles adapting to. There’s so much on the line and everyone has a competitive spirit but that doesn’t mean there isn’t any space for jokes and moments for fun as Pacat makes sure to drop in from time to time. 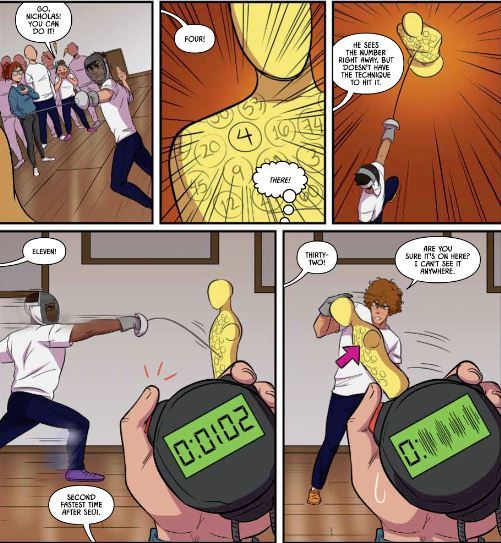 It’s also great getting to know all the different guys on the team. Bobby is a little cutie who wants to fence because he was inspired by how fencers are portrayed as folks who get the job done, who accomplish their goals. Kally is dependable and gets the best care packages, or at least the nicest ones that get shared with others. Aiden is the heartbreaker that I love watching pop up, not even having the decency to remember the names of the guys he’s spent an evening with. (Aiden is a S-A-V-A-G-E.) If you missed it earlier, the captain is quickly becoming my favorite character simply based on those beautiful grins. The crew is becoming folks I want to learn more about and cheer for.

The team’s coach was easily the biggest surprise reveal in the last issue. The person with the plans is a no-nonsense Black woman and she runs things. In my excitement while reviewing the last issue, I glossed over her partially because I didn’t want to ruin the reveal. On a different note, I have to admit I’m not rocking with her hair. I just hate it. The texture is off. It has taken me a minute to articulate just what I don’t like about it. The stringy parts (are the ends relaxed?) scream ‘I’m overdue for the big chop”. While I can appreciate seeing a natural haired, dark skinned woman in charge, I’m not sure if Johanna The Mad truly understands the curl of Black hair and I have to point it out. Now the captain and the other Black boy from Exton shown briefly in the last issues? They’re fine. They’re decent. The coach’s hair just doesn’t do it for me. Ever hopeful, I’m confident the artist can improve the hair situation as The Coach is already a central person to the book so that can’t be overlooked.

Overall, this issue of Fence is super fun, displays good pacing and still has me interested in coming back for more. We’ve got some unique characters on our hands and I want to see who they become when they put it all on the line and push themselves past their limits. I came back for the pretty boys who fence, I received some pretty boys who are starting to have flair and personality for days who happen to fence. I’ll be back to see them rise and fall and for the humor that comes long with this book. And of course, more of Aiden’s savagery because, I, too, am a savage. Looking forward to the next issue to see what the gang gets into!

8 “I’m not a Zero, I’m The Upstart” of 10
Reading Fence? Find BNP’s other reviews of the series here.