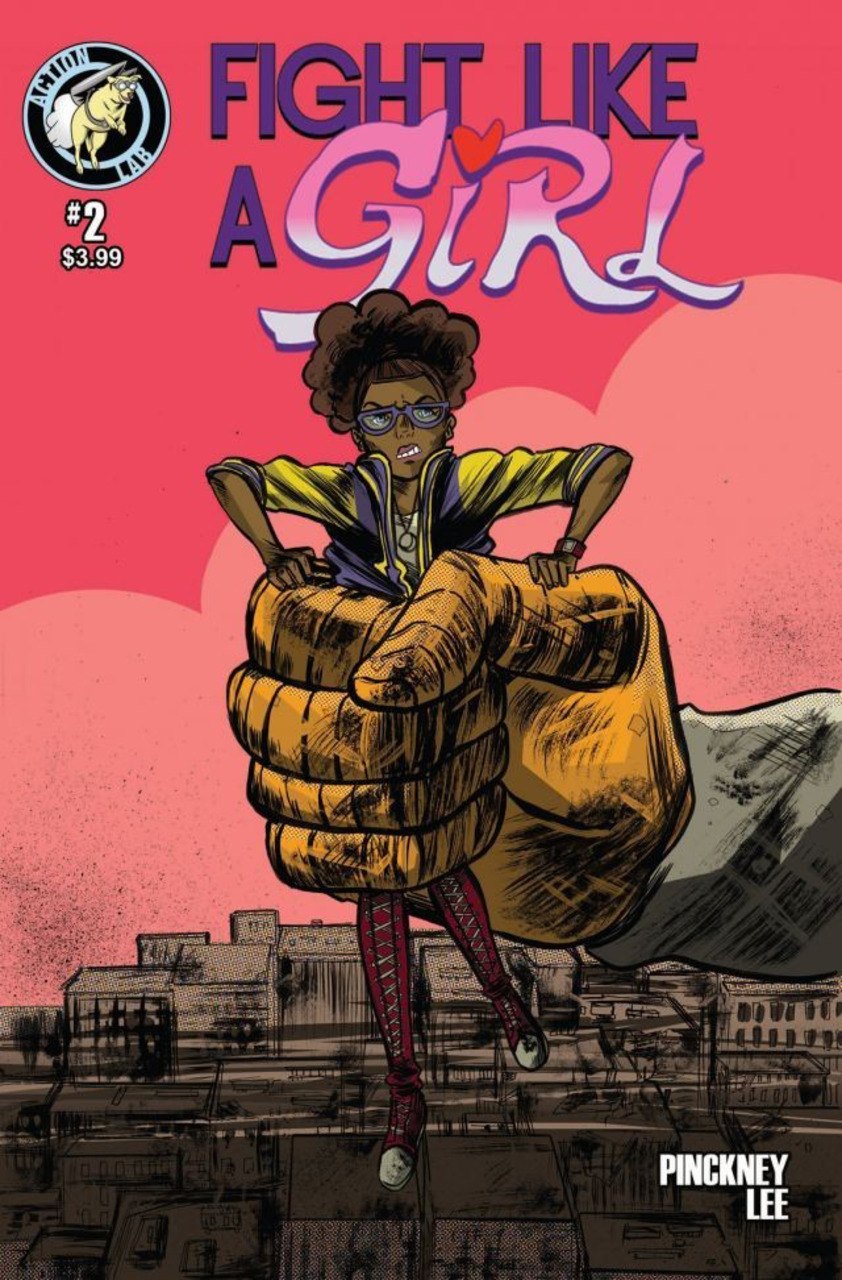 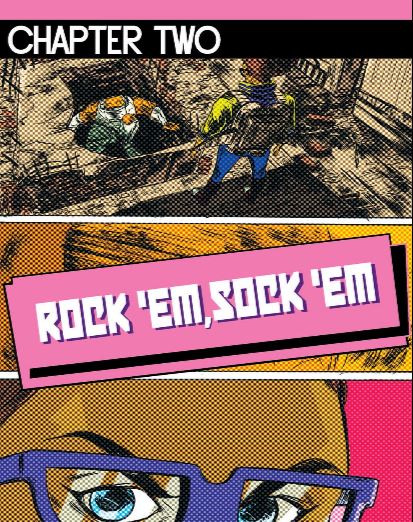 Can I just say that going in after looking at this page above was a joy in itself? Amarosa is back, having survived her fist round of life and death and is ready for round two. Amarosa, our fiercely afro puffed, purple rimmed eye glasses wearing heroine decked out with that mystery weapon and those awesome Chucks is back for MORE.

Our girl is transported to the battleground of her next battle and it’s a bleak view indeed. A place of utter ruin and devastation is where she finds herself in the future. Her faithful “forest sprite” aka The Announcer reveals that it is the future one where Humans had to flee to space to escape from a monstrous robots that sought to eliminate all the humans they could find.  As Amarosa travels throughout the city searching for her opponent, the mood gets darker.

A dark cloud proverbially settles over her head; this environment does nothing to boost her confidence on winning and saving the life of her brother. She’s left thinking about on how her ailing younger brother got to this point cause she feels she hasn’t been the best in getting him what he’s needed and that’s all her fault.  In doing this we learn more about the dangerous game she’s playing; people are actually watching her efforts  live and we gain a better understanding of the Announcer’s role in being task to her.

YES. A JET PACK. What more could a girl ask for in a battle to the death?! She continues moving and then stumbles upon his enemy and it takes her by surprise, of course.

Amarosa has to rely on her brains, pure luck and a bit of help from The Announcer in hopes of figuring out a battle strategy here.  Her weapon transforms into something epic here and I dare not spoil it. It seems to function as to give her the best possible weapon of destruction based on her opponent? Either way, I’m still curious about it and can’t wait to see what she fights with next.

A solid continuation of this series.  Lee’s art is much smoother, some of her panels in the first issue were clumsy and a tad bit awkward. Here she worked hard to improve and it does not go unnoticed. We are given more pieces to the puzzle through writing from Pinckney : we are less in the dark on how the games work and how you can use your cleverness to your advantage. Great job you two. Looking forward to the next issue.