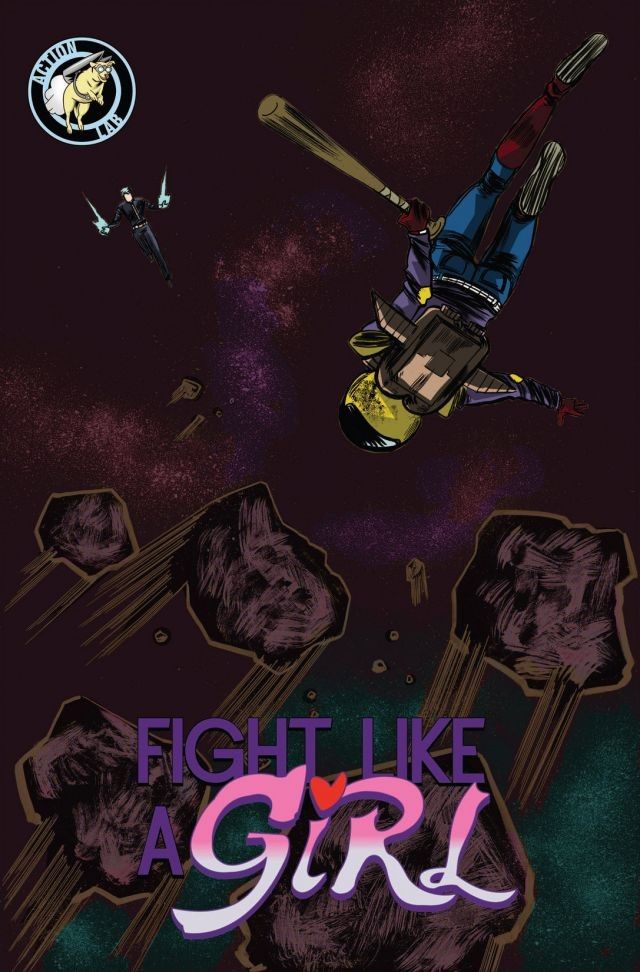 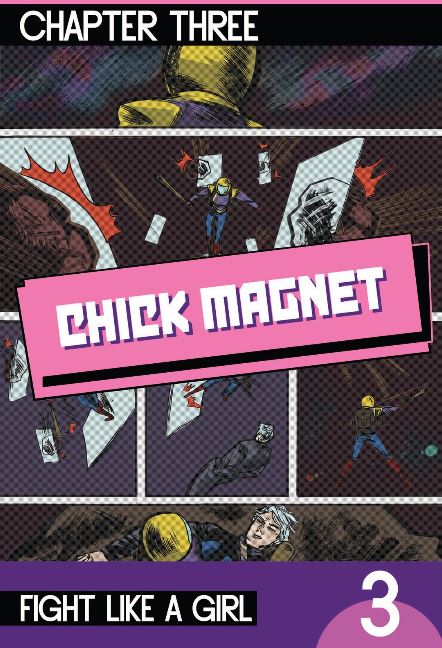 We made it to Chapter 3 aka Fight Number Three and guess where we’re at? SPAAAACEEEEE! What a great cover–It just may be my favorite so far.

Three things we know for sure now: what I probably thought were flashbacks of Amarosa and friend are actually real time happening events between matches. And this “friend” of hers is actually childhood friend and boyfriend, who is stuck within a rock and a hard place: attempting to be sincere as he encourages her in her path but also acknowledging that this path he wouldn’t have choose for her. When she leaves for her next match more and more is revealed about the mysterious Pantheon and not all of it good. One, this next match on a new floor has already been chosen for her and two: her faithful announcer will not be there to help her. So your girl is already at an disadvantage.


[divider type=”space_thin”]
And this is the part where the reader gets emotionally tested, this is where the reader gets enraged. We’re all cheering for Amarosa. We’re all hoping for her to pull through and get to the proverbial finish line. This is a fictional character that we like. She’s been fighting a losing battle with herself: being the sole provider and caretaker of a sick younger brother in a cruel world. She’s taken a dangerous risk in getting what she needs to help him survive. She’s putting herself on the line. Blood. Sweat Tears. Yet she’s still not done. She’s only really about half way done with each match increasingly more difficult. With this opponent, she’s being put on the spot in the worst way: everything is laid out on the floor. Her motives, her purpose and her reason to keep going.In other words she’s being interrogated and produces an interesting response from our heroine.

I. WANTED. TO. RAGE. Given some situations in my life, I have felt like Amarosa: back against the ropes fighting to survive. I have emulated her: fighting to win a prize that will make the all the pain worth it in the end. Writer Pinckney crafts an issue here that tugs at your heartstrings and makes you want to fight for Amarosa too. Lee’s art here is eye catching and perfect for the match: enough to leave you in awe for a second before the action panels almost jump off the page.